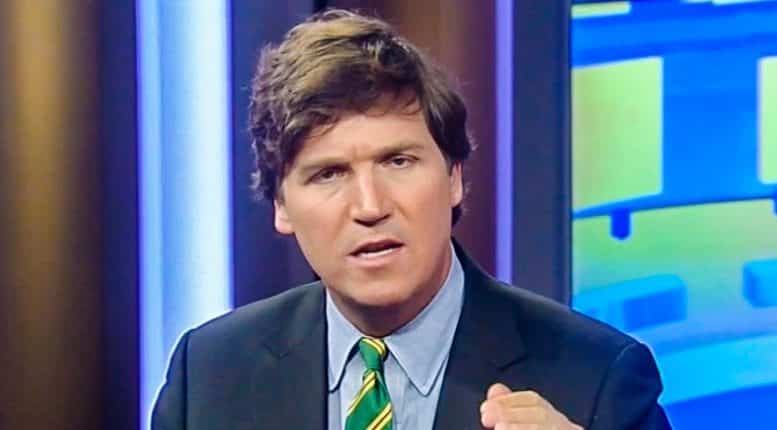 Tucker Carlson hit a nerve on national TV when he stated that the DACA hysteria is more about “worldwide rule by unaccountable technocrats.” Indeed, globalist goal the of Technocracy includes breaking down borders, culture and common language. Meanwhile, where did Tucker pick up the idea of Technocracy? Perhaps Technocracy.News and my book, Technocracy Rising: The Trojan Horse of Global Transformation are having an impact on the national dialogue. ⁃ TN Editor

The administration today announced it will suspend DACA. That is President Obama’s program that grants special work permits and amnesty from deportation to illegal immigrants who’ve arrived in this country as minors. You might think the move would set off a national debate about immigration, the pros, the cons, how much of it we’re going to need going forward, but no. Instead the educated classes became completely hysterical lecturing the rest of us about the racism of the middle of the country. Watch this.

EDDIE GLAUDE, JR., PRINCETON PROFESSOR: We can think about the policy issues, this is really red meat to its base, that it’s really speaking to a kind of deep-seated cultural anxiety about the changing nature of the country.

CARLOS GUTIERREZ, FORMER SECRETARY OF COMMERCE: There are people who feel threatened by immigrants and they are using this concept of unconstitutional —

KARINE JEAN PIERRE, MOVEON.ORG: He might do away with DACA, which is another moral line that he would be crossing, which is something that would be advancing white supremacy agenda and also against what the majority of Americans want.

CARLSON: Well, this isn’t just demagoguery, though it is that. It’s also nonsense, whatever you think of the effects of DACA, no administration could continue it because it’s illegal. U.S. immigration laws are pretty straightforward. If you are in the country illegally, you were supposed to leave. If you think that’s mean or counterproductive or unfair take it up with their legislators.

Only Congress can change the law. The President is bound to faithfully enforce the laws of the United States. He, or any president, can simply invalidate those who doesn’t like. Former cabinet Secretary Gutierrez doesn’t think this is a meaningful distinction but if you want to live in a constitutional democracy where laws are more powerful than men, nothing is more important than that.

But to our leaders there is indeed something more important than that. Political power. They have concluded that mass immigration means new and reliable voters and that means more power for them. If they need to subvert the rule of law to get that power they will and they have. In states across the county, politicians now actively boast about ignoring the law. They unilaterally declare federal statutes invalid in their cities, they bar ICE agents from buildings.

They give drivers licenses and state college tuition to people who are here illegally. They refused to prosecute immigrants for crimes that have nothing to do with immigration, in effect giving preference to illegals over their own citizens. Congress is a little better, they look away as the laws they passed are mocked and applauded. In 2012, Barack Obama decided to take this reasoning to his national end point. He just openly ignored the law by creating DACA.

That move was sold as a way to protect people who don’t remember living in any country except this one. But like almost everything you hear from Washington, that was mostly propaganda. People came here illegally at 15 were just as eligible for amnesty under DACA as those who arrived as infants. DACA beneficiaries were not supposed to receive benefits. Remember that? That turned out to be a lie too.

In New York for instance, DACA recipients qualifies for both Medicaid and cash assistance. But this isn’t simply about DACA. The program was indefensible, but it was just one manifestation of a bigger and much more ominous trend. The global defense has given up on concept that have defined civilized states for more than two millennia.

Borders, citizenship and the rule of written law itself, all abandoned in favor of the worldwide rule by unaccountable technocrats…

OPEN BORDERS/DACA: Anyone wanting to live in a 3rd or 4th world country, raise their hands. The problems of countries such as Mexico, India, China, Pakistan, etc. is not geography; most are rich in natural resources. Their problems are rooted in the cultures that dominate and from which these countries spring. Moving a corrupt and poverty creating culture to a different geography doesn’t make it go away; it simply transfers and spreads it to a new location. Why are “environmentalists” silent on environmental issues caused by immigration and so radically supportive of open border illegal immigration? What is the root… Read more »

Ben Taylor – Your argument is irrefutable which is why it would never be accepted by liberals. Even though they claim to be the biggest proponents of protecting the Earth, they live in some unicorn-filled La La Land where that absolutely couldn’t happen if their fondest wishes came to fruition. That being the case, we can only surmise that they’re stupid or that they have an agenda that they think WE’RE too stupid to see. I suspect it’s the former.

Our forefathers, by the Grace of God, gave us a wonderful concept: The USA, including The Constitution and its various other founding documents. It is the last, best hope of freedom on earth prior to The Messiah’s return, which is why evil men have sought its destruction since prior to its founding.

The Smith–Mundt Act of 1948 restricted Worldnet to broadcast directly to American citizens.[8] The intent of the legislation was to protect the American public from propaganda actions by its own government