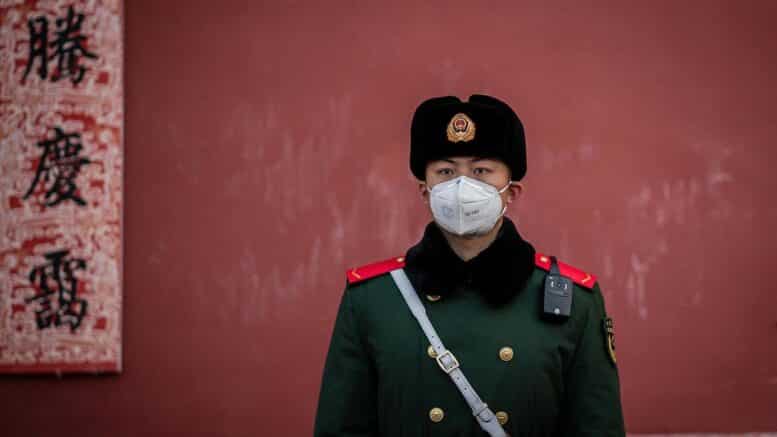 Please Share This Story!
PDF 📄
The author acknowledges that Technocracy is a label pinned on China by the West but suggests that an opposite term, “Humanocracy”, would be more culturally appropriate. He then concludes that “the world needs the virtues of China’s own governance system to be applied to global governance.” Western apologists for like Albrow should experience China’s repression first-hand before telling us how wonderful it is. ⁃ TN Editor

The United Nations institutions and all the international and multilateral agreements that span the globe are not the only source of global governance. It rests, as does the order of any society, on the shared beliefs and practices of people, in this case the peoples of the world, taken in their entirety.

For this reason, the example of China’s governance becomes ever more important.

The contribution that China will make to the world of tomorrow arises from its own unique form of governance with roots in millennia of history.

China has always been different. It has a history of predominantly centralized administration that spans many centuries. It grafted education onto social status. Its governance system perpetuated the lifelong study and practice of traditional culture on the part of its personnel and all who aspired to office.

Although associated with the name of Confucius, that culture is rooted in a moral code governing family life and social relations that has permeated Chinese society since time immemorial.

There is a special emphasis in Chinese culture on the embodiment of rules in relationships and the fusion of moral principles with social interaction. Only a neologism like “recipropriety “can begin to convey this unique cultural character of Chinese social relations.

The Communist Party of China’s watchword, socialism with Chinese characteristics, is as easily understood in China as a message of continuity. With more than 90 million members, the Party is featured at every level of social organization, from the village or the factory up to the highest levels of government, as the contemporary guardian of Chinese values and moral order.

China boasts a versatile governance system that responds to the changes of the present. Matching principles with pragmatism, it rivals the fabled frameworks of the West, summed up widely as “liberal “or “representative democracy”.

If one mistakenly treats China’s present system as a momentary anomaly, then the converse and equivalent mistake is to regard the Western order as the long-standing and abiding expression of universal values.

To understand China’s place in the world today, we have to recognize how peculiar the West is. China’s unique governance system escapes the conventional categories of Western political thought. Technocracy has been one Western term attempting to convey the transformed nature of modern governance. For China, my suggestion is that a new term is needed. “Humanocracy” comes closer to conveying the pervasive, societywide relations between the people and the Party, and the Party’s role in guarding social values.

“the world needs the virtues of China’s own governance system to be applied to global governance.” No! We need to submit to the God of the Bible. China is an anti-Christ system of slavery. The God of the Bible came to set the world free. If all refuse the mercy of the only One and true God of the Bible, our slavery to sin will be with us forever. What does God require? To submit to Jesus Christ as Lord of all. ‘For God so loved the world that He gave His only begotten Son that whosoever believeth in Him… Read more »

Hamel is recycling old management nonsense that’s been around for 50 years. Ever since us lazy, entitled Boomers discovered on entering the workplace that Alfred Sloan’s hierarchical, objectivist organisational methods required dedication, expertise and hard work we’ve been squirming around trying to bend the structure of organisational reality with managerial candy floss such as “flat structures”. What Hamel and others of his vintage offer is management escapism for hippies – nothing more.

What laughable propaganda. If China had anything to offer the universal man this article would be in Mandarin characters and not in the Latin alphabet of its English author! No, the values of western nations aren’t liberalism or democracy which have been proven to be corrupted and rogue but come from the true religion, realized innately by the Greeks and gentiles and explicitly given by the Jews to the Church, which is growing in China perhaps faster than in Africa despite oppressive restrictions on missionary activities and sophisticated crackdown and persecution by the Chinese surveillance state. The chattering class have… Read more »

Thank you for your attention.

I thought DEMocracy was HUMANocracy. The only thing better than representative government is a direct democracy. Solidifying a remote, unelected, permanent global governance is straight up old fashioned tyranny, any way you paint it.