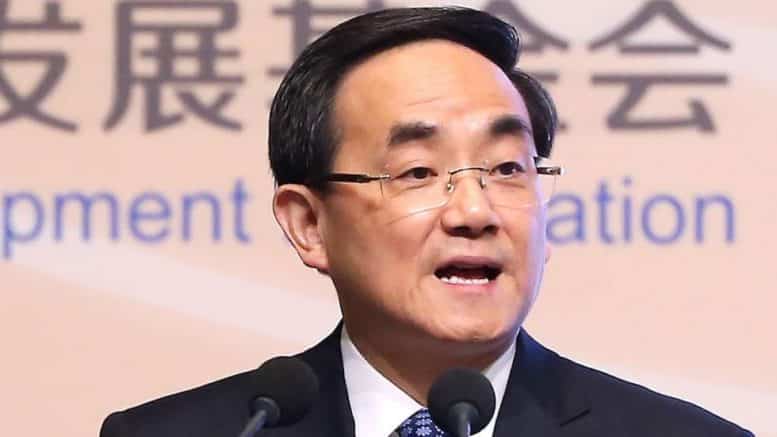 Xu Lin is a Technocrat who was formerly China’s top Internet regulator. Now he will be in charge of global propaganda. He is an insider to top leadership and undoubtedly will attempt to spread censorship throughout the world. ⁃ TN Editor

The appointment confirms an earlier report by the South China Morning Post that Xu would take charge of the State Council Information Office, the government press office which doubles as the Communist Party’s international propaganda office.

The appointment is the latest move in a shake-up of China’s propaganda and internet leadership, as an increasingly assertive Beijing tries to improve its image abroad and push the party’s line at home, amid growing criticism.

Xu, 55, a former aide to Xi when the latter was the Shanghai party boss, had been the head of the Cyberspace Administration of China, the chief online watchdog and censor, since June 2016. He was replaced earlier this month by Zhuang Rongwen, 57, another former aide to Xi.

The changes are part of Beijing’s efforts to fix a propaganda and censorship system plagued by corruption scandals, including the downfall of Lu Wei, Xu’s predecessor at the CAC whom Beijing labelled “tyrannical” and “shameless”.

Lu has since been charged with taking “huge amount of bribes” and is awaiting trial.

Analysts have said that by installing trusted aides in the key posts, Xi was attempting to build a loyal and effective team to improve China’s image on the international stage, just as it is coming under greater scrutiny by governments ranging from the United States to Australia.

Under Xi, Beijing has adopted a more assertive foreign policy, proudly showcasing its economic, military and technological might and taking on a leadership role in areas such as combating climate change. It has also declared to the world its ambitions to retake the global centre-stage, as part of the “great rejuvenation of the nation”.

But the country’s growing ambition and nationalist pride has also aroused unease among its neighbours, who are watching with wary eyes the rapid expansion of its belt and road trade and investment initiative, and its growing military presence in the disputed South China Sea.

Some critics have also blamed the overblown, nationalistic claims in state media about China’s strength and progress – billed as dwarfing its counterparts in the West – and the cheering of its industrial development policy for raising alarm in the West, prompting the US to bill China as a strategic competitor and rival power.