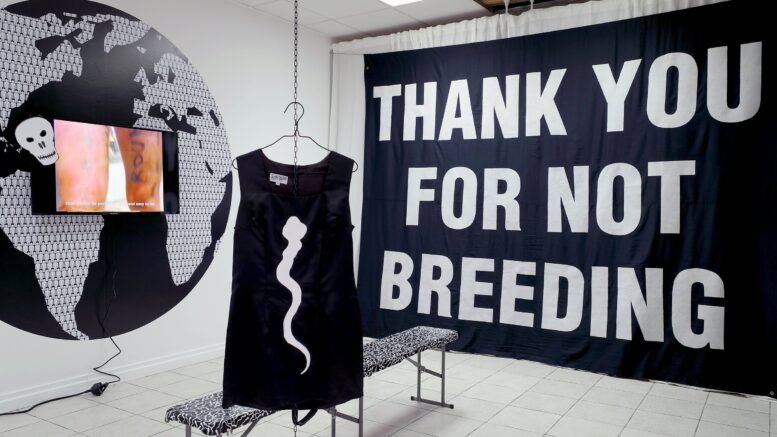 Anyone who thinks that AI learns by itself and is ethically neutral has bought the Technocrat lie. AI is just a computer algorithm programmed by humans to do what humans want it to do. Biases cannot be excluded. China’s AI seeks to reduce global population and is being exported to other countries.

As a Technocracy, China is bent on perfecting the “science of social engineering” so that all of society can be monitored and controlled to suit Technocrat goals. One big goal is to reduce global population in order to consume less resources. ⁃ TN Editor

Since its conception, people have worried that an artificial intelligence would turn against humanity and threaten our lives. While this may be a result to be feared several years in the future, right now the more pressing danger is AI used to oppress millions of people and facilitate the threat of a controlling regime.

Homebound in the pandemic quarantine, my daughter and I have been rewatching Person of Interest on Netflix.

In essence, the former network series is about a man who created a nearly omniscient artificial intelligence that watches everyone through networks of cameras, computers and smartphones. Each week, our team of heroes, assembled by the AI creator, tries to help a person whom the AI has identified as a likely soon-to-be murder victim. Because this AI was invented by the show’s protagonist, it demonstrates empathy and values human life.

However, into the third season, a second AI is operated on behalf of the government, and this AI does not value human life. It works under orders from and for the benefit of a shadowy corporation, which begins to organize people’s lives for its own purposes, including killing people who won’t fit into its program. It is frightening.

This show is a good television and I recommend it to anyone who regularly reads this blog and thus interested in how technology can affect our lives. Person of Interest may also introduce you to what is now happening in this world’s most populous country.

I have written much recently on video surveillance and facial recognition in the U.S., but American police are limited by Constitutional requirements and there can easily be rules applied to new technologies that will limit the government’s abilities to use them indiscriminately. The U.S. also boasts protections for rights of individuals to assemble and protest, a government that can regularly be changed, and a court system that generally protects those rights. An independent press shines light on government behavior deemed abusive of these rights.

So think about a country without any of those checks and balances, with no individual rights guaranteed under law, no free press, no independently operative court system, and a single party dictatorship holding all power. Now think about what would happen if you give that country unlimited electronic and physical surveillance from hundreds of millions of cameras to drones to capturing all phone, text and internet traffic including searches and social media. Then give this society ever-increasing sophistication in artificial intelligence to manage the information flow and assign meaning to all the acts it captures, even aggregate the full view of a person’s behavior into a score that determines all important aspects of a person’s life. Recieve a good score from the government, and you are awarded that apartment you desire or permission to have a baby. A bad score means roadblocks in your life.  This is what China is rapidly becoming.

China is not only instituting a surveillance society, including a social scoring system for every resident, but it is investing heavily in the artificial intelligence needed to manage it all and make evaluations of what cameras, biometric readers and internet filters capture. According to U.S. military estimates, China will be spending $70 billion in government funds on AI development in 2020 compared to $17 billion in 2017. U.S. non-defense spending on AI this year will be about one billion dollars.

Not only is China building government laboratories to develop the next several generations of AI, but the government’s close coordination with companies like Huawei and Alibaba provide the surveillance state with top private commercial research as well. All powered by the supermassive amounts of data produced in the world’s largest surveillance state, because huge data sets are the building blocks of effective AI. China, as The Economist recently observed, is the Saudi Arabia of data.

The other recommendation I will make in this column is to read Ross Anderson’s article in The Atlantic called The Panopticon is Already Here, which explains how surveillance, AI, social scoring, a one-party state, and political oppression are combining in China to both create the first all-knowing social system and to export it to other countries. Anderson reports on how the entire system is being tested right now in the “open air prison” of Xinjiang province, where Muslim Uighurs are monitored every minute of their lives.

More than a million Uighurs have been imprisoned which is more political prisoners than any instance since the Nazi concentration camps. John Oliver discussed life in these prisons and re-education camps on his show this week. But the Uighurs still living in Xinjiang Province are subject to checkpoints, constant video and other surveillance and the introduction of Han Chinese “big brothers and sisters” to monitor forced assimilation into the communist culture. According to Anderson, “At these checks, police extract all the data they can from Uighurs’ bodies. They measure height and take a blood sample. They record voices and swab DNA.”

And this surveillance and political compliance testing ground can be easily exported to the rest of the country. Anderson notes, “Once Xi perfects this system in Xinjiang, no technological limitations will prevent him from extending AI surveillance across China. He could also export it beyond the country’s borders, entrenching the power of a whole generation of autocrats.”

The investment in AI drives the entire process. The Atlantic article states, “Much of the footage collected by China’s cameras is parsed by algorithms for security threats of one kind or another. In the near future, every person who enters a public space could be identified, instantly, by AI matching them to an ocean of personal data, including their every text communication, and their body’s one-of-a-kind protein-construction schema. In time, algorithms will be able to string together data points from a broad range of sources—travel records, friends and associates, reading habits, purchases—to predict political resistance before it happens. China’s government could soon achieve an unprecedented political stranglehold on more than 1 billion people.”

So new surveillance tools like robot bird surveillance drones, good enough to fool other birds into flying with them, are already being introduced in China to feed more data about people’s behavior into state-run AI. As stated by  C/NET,  “China also employs facial recognition, artificial intelligence, smart glasses and other technologies to monitor its 1.4 billion citizens with the aim of one day giving each of them a personal score based on how they behave.”

Imagine a credit score that instead of simply measuring financial behavior and ability, measures all aspects of your life and interactions with society.  And then imagine that your score can determine what kind of apartment you are allowed to have – or if the government will allow you to live in an apartment at all. The same is true for your job, education opportunities, reproduction and other core aspects of your life. This is the Chinese social score. As pointed out in Wired UK, while some of the current system is voluntary, there are incentives for participating and penalties for not participating.

Finally, and maybe most frightening, China is using its economic clout and private industry to export population control technology to dictators around the world. Anderson observes, “China is already developing powerful new surveillance tools, and exporting them to dozens of the world’s actual and would-be autocracies. Over the next few years, those technologies will be refined and integrated into all-encompassing surveillance systems that dictators can plug and play.”

This is just too scary and worrisome to even comment on!

The US propaganda machine lead by the intelligence agencies and in partnership with the corporate media has its sights set on China. Be very careful what you believe coming from a neoliberal rag like The Atlantic, particularly about China or Russia. Sure, China is a leader in AI, and it is developing a social scoring system for its residents, which the US is sure to follow. What’s absolutely not true is that China is keeping one million Uighers in concentration camps. This has been debunked by journalists on the ground, notably Andre Vltchek. Here’s a piece debunking the 1M figure:… Read more »

Unfortunately we know which media are providing factual news and who is not. In this aspect I find more factual news in China’s media than in West.
One have to go to weird alternative blogs to read through the smog.