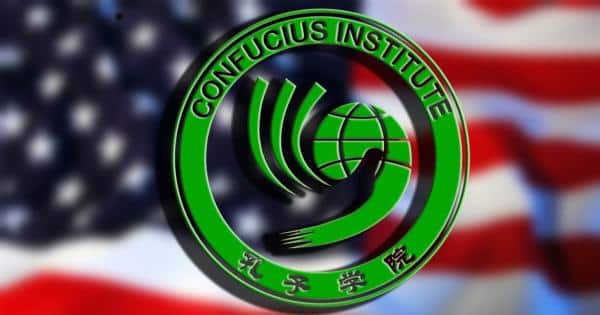 Chinese Technocrats are using propaganda with every nickel and opportunity to build up a positive public sentiment for China, and to influence public policy. In the U.S., they are using our own institutions against us. ⁃ TN Editor

China’s Communist Party is intensifying covert influence operations in the United States that include funding Washington think tanks and coercing Chinese Americans, according to a congressional commission report.

The influence operations are conducted by the United Front Work Department, a Central Committee organ that employs tens of thousands of operatives who seek to use both overt and covert operations to promote Communist Party policies.

“The [Chinese Communist Party] has sought to influence academic discourse on China and in certain instances has infringed upon—and potentially criminally violated—rights to freedoms of speech and association that are guaranteed to Americans and those protected by U.S. laws,” the report says.

“Despite the CCP’s candid discussion of its United Front strategy, the breadth and depth of this issue remain relatively unknown to U.S. policymakers.”

The report said the Johns Hopkins School of Advance International Studies, a major foreign policy education and analysis institute, has received funding from Tung Chee-hwa, a vice chairman of the Chinese People’s Political Consultative Conference, the party group that directs the United Front Work Department and includes a member of the Politburo Standing Committee, the collective dictatorship that rules China.

The funding for Johns Hopkins came from Tung’s non-profit group in Hong Kong, the China-U.S. Exchange Foundation, which is a registered Chinese agent.

In addition to Johns Hopkins, other think tanks linked to China and influential in American policy circles include the Brookings Institution, Atlantic Council, Center for American Progress, EastWest Institute, Carter Center, and the Carnegie Endowment for International Peace.

The Exchange Foundation is tied to Chinese government influence operations and uses the same public relations firm as the Chinese embassy.

A spokesman for the Center for American Progress (CAP) said the center has received no money from China. CAP cooperated with the U.S.-China Exchange Foundation in producing a joint report in 2014 but received no financial contribution from CUSEF.

According to the commission report, CUSEF “spent hundreds of thousands of dollars lobbying for ‘China-U.S. relations’ as a registered foreign agent.”

China’s goal in funding think tanks is to attempt to change debates on China without Beijing having to use its own voice.

China Commission member Larry Wortzel, a former military intelligence officer once posted to China, said the report is important for exposing the activities of the United Front Work Department and the China People’s Political Consultative Conference.

“Most Americans and many members of Congress have no idea of the range of activities undertaken by this Chinese Communist Party web,” Wortzel said. “It is a form of activity by Communist parties that dates back to the days of Lenin.”

Wortzel said now that Congress has been alerted to the Chinese influence operations, “Congress should consider legislation requiring anyone associated with the China People’s Political Consultative Conference, CUSEF, or the United Front Work Department to register as a foreign agent,” he said.

“Beijing seeks to outsource its messaging in part because it believes foreigners are more likely to accept propaganda if it appears to come from non-Chinese sources,” the report said.

Chinese intelligence agents also work with the United Front Work Department to recruit students who are then called on to curtail universities’ discussion of China.