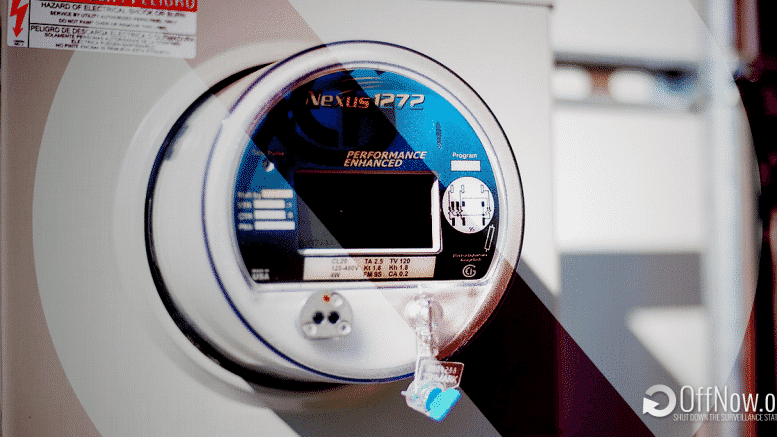 Please Share This Story!
PDF 📄
A major Appeals Court has ruled that Smart Meters violate your protection of illegal search and seizure under the Fourth Amendment. Depending on what citizens around the nation do with this ruling, it could potentially send Technocracy back into the last century where it belongs.

The right of the people to be secure in their persons, houses, papers, and effects, against unreasonable searches and seizures, shall not be violated, and no Warrants shall issue, but upon probable cause, supported by Oath or affirmation, and particularly describing the place to be searched, and the persons or things to be seized.” – Fourth Amendment, U.S. Constitution ⁃ TN Editor

The Seventh Circuit just handed down a landmark opinion, ruling 3-0 that the Fourth Amendment protects energy-consumption data collected by smart meters. Smart meters collect energy usage data at high frequencies—typically every 5, 15, or 30 minutes—and therefore know exactly how much electricity is being used, and when, in any given household. The court recognized that data from these devices reveals intimate details about what’s going on inside the home that would otherwise be unavailable to the government without a physical search. The court held that residents have a reasonable expectation of privacy in this data and that the government’s access of it constitutes a “search.”

This case, Naperville Smart Meter Awareness v. City of Naperville, is the first case addressing whether the Fourth Amendment protects smart meter data. Courts have in the past held that the Fourth Amendment does not protect monthly energy usage readings from traditional, analog energy meters, the predecessors to smart meters. The lower court in this case applied that precedent to conclude that smart meter data, too, was unprotected as a matter of law. On appeal, EFF and Privacy International filed an amicus brief urging the Seventh Circuit to reconsider this dangerous ruling. And in its decision, released last week, the Seventh Circuit wisely recognized that smart meters and analog meters are different:

“Using traditional energy meters, utilities typically collect monthly energy consumption in a single lump figure once per month. By contrast, smart meters record consumption much more frequently, often collecting thousands of readings every month. Due to this frequency, smart meters show both the amount of electricity being used inside a home and when that energy is used.”

The Seventh Circuit recognized that this energy usage data “reveals information about the happenings inside a home.” Individual appliances, the court explained, have distinct energy-consumption patterns or “load signatures.” These load signatures allow you to tell not only when people are home, but what they are doing. The court held that the “ever-accelerating pace of technological development carries serious privacy implications” and that smart meters “are no exception.”

This is critical precedent. Last year, roughly 65 million smart meters had been installed in the United States in recent years, with 88% of them—over 57 million—in homes of American consumers; more than 40% of American households had a smart meter. Experts predict that number will reach about 80% by 2020. And law enforcement agencies are already trying to get access to data from energy companies without a warrant.

In this case, a group of citizens called Naperville Smart Meter Awareness challenged Naperville’s policy of requiring every home to have a smart meter, objecting on Fourth Amendment and other grounds. The district court held that smart meter data—despite being collected directly a city utility, not any non-governmental third party—was subject to the so-called “third party doctrine.” In other words, the lower court reasoned that simply because the utility company held the data, it was automatically devoid of constitutional protection.

The Seventh Circuit reversed the district court’s decision, holding that the third party doctrine did not apply. The court first noted that application of the third party doctrine would make no sense in this case. The city itself collected the data; there was no third party. The court then cited the Supreme Court’s recent decision in Carpenter v. United States, which rejectedthe third party doctrine in a case involving cell site location information. In Carpenter, the Supreme Court held that this antiquated doctrine does not apply to the exhaustive stores of personal information information collected today by wireless carriers, which can be used “detailed chronicle of a person’s physical presence compiled every day, every moment over years.” The Court reasoned that people do not “voluntarily ‘assume the risk’ of turning over a comprehensive dossier of physical movements” just by choosing to use a cell phone. The Seventh Circuit held that the same goes for smart meter data: “a home occupant does not assume the risk of near constant monitoring by choosing to have electricity in her home.” As the court explained, the third-party doctrine rests on “the notion that an individual has a reduced expectation of privacy in information knowingly shared with another” and “in this context, a choice to share data imposed by fiat is no choice at all.”

After concluding that smart meter data is protected by the Fourth Amendment, the Seventh Circuit next assessed whether the municipal utility’s “search” was reasonable.  The court, after weighing the city’s interest in collecting the data with the residents’ privacy interest, concluded that the city’s collection of smart meter data in this context was reasonable. The court explained that smart meters play a crucial role in the modernization of the energy grid, allow utilities to restore service more quickly when power goes, permit utilities to offer time-based pricing to reduce the strain on the grid by encouraging consumers to shift usage away from peak demand periods, and reduce utilities’ labor costs because home visits are needed less frequently.

Critically, the court noted that its analysis would be different if Naperville conducted the search with “prosecutorial intent,” if the search was conducted by law enforcement instead of the city’s public utility, or if the data was more easily accessible to law enforcement or other city officials outside the utility. The court cited the city’s policy of not providing customer data to third parties—including law enforcement—without a warrant or court order.  The court also noted that its conclusion might also change if the city were to collect data at intervals shorter than every 15 minutes.

The court did, however, chide the city for failing to give residents the option of keeping traditional meters: “Naperville could have avoided this controversy—and may still avoid future uncertainty—by giving its residents a genuine opportunity to consent to the installation of smart meters, as many other utilities have.”

We applaud the Seventh Circuit for recognizing that smart meters pose serious risks to the privacy of all of our homes, and that rotely applying analog-era case law to the digital age simply doesn’t work. We hope that courts around the country follow the Seventh Circuit in concluding that the Fourth Amendment protects smart meter data.