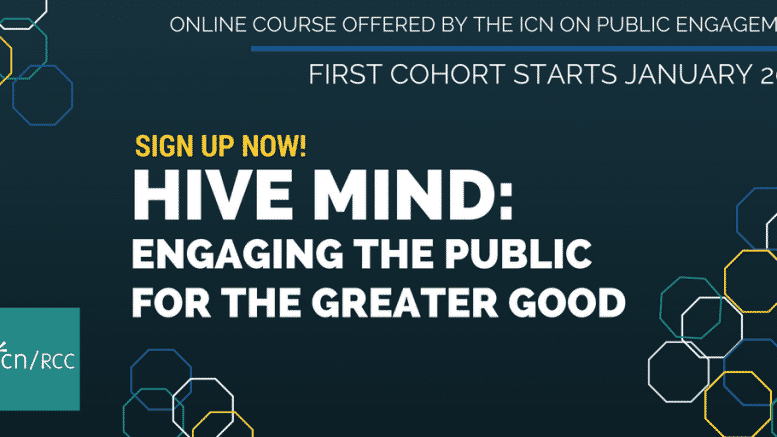 Image: BC Council for International Cooperation

Using citizens as human sensors first requires that they be somehow connected to the ‘grid’. Then, every move, activity and thoughts are monitored, recorded, stored and analyzed. Does this sound like Nineteen Eighty-Four?  ⁃ TN Editor
When it comes to reimagining urban planning, William Eggers talks about the paths children make in the snow. You can hire an urban planner to lay out the walkways in a playground based on the way people ought to go, said the executive director of Deloitte Center for Government Insights. Or you can watch kids walk through the snow, observe the trails they follow, then use those as the guide for laying out the pathways.
“There is a collective intelligence in cities,” Eggers said. “City officials can tap into that to make better decisions, but it starts with understanding that bottom-up intelligence. That’s your starting point.”
Eggers isn’t just talking about playground paths in his new study, Making Cities Smarter: How Citizens’ Collective Intelligence Can Guide Better Decision Making. He argues tapping the wisdom of the masses is key to maximizing the impact of smart-city technology investments.
Nor is he alone in making that case. Executives at the Barcelona engineering firm Bax & Co. argue that when it comes to smart cities, too often “solutions are developed without asking the end users whether they actually need the solution. The result is wasted resources, an unused product and perhaps discouragement from continuing an important initiative.”
It’s common to see cities put technology ahead of people. “We see a lot of this, where the smart city is all about sensors and big data analytics and that’s what will make cities really smart. The result of that is going to be a lot of money spent without a lot of results,” Eggers said.
How to put people first? Eggers has a number of suggestions to help guide IT decision-makers on the road to smarter cities.

People are generating large volumes of useful information in the private sector that reflects a certain public consciousness cities could leverage through creative partnerships. Boston for instance taps Yelp reviews, applying algorithms to this citizen intelligence in order to predict potential health code violations and more effectively dispatch inspectors. The city likewise uses crowdsourced Waze data to help with traffic management.
“We already are giving off a lot of digital exhaust every day, so we should ask how the city can tap into that to understand the collective intelligence,” Eggers said. In Boston’s case, “the city is constantly thinking about what the citizens are already giving out and how they can use that in specific ways to improve quality of life.”

Use The City’s Own Intelligence

Cities, as organisms, produce vast volumes of information as a natural byproduct of their daily activities. Officials can look internally to identify and harness that information. Eggers describes efforts in New York City to improve building inspection efficiency by mining employee experience in order to identify hazardous properties.
The city had received some 25,000 complaints around illegal conversions of housing units, but it only had 200 inspectors available to cover the workload. Planners needed a way to home in on those properties where there most likely existed a legitimate and immediate problem.
“They built a predictive data model with the help of the building inspectors who had been in the field for years. These were people who had been working the beat, who knew which places were dumps, and they were able to use their insights to effectively do a triage,” Eggers said.
By mining the intelligence and experience of city workers, the department saw the number of investigations leading to vacate orders rise from 13 percent to 70 percent, an indication that the human-guided effort was leading inspectors to more high-risk properties.

“There is a collective intelligence in cities,” Eggers said. “City officials can tap into that to make better decisions, but it starts with understanding that bottom-up intelligence. That’s your starting point.” In other words, individuals and local communities are best suited to manage their own affairs. Shocking!