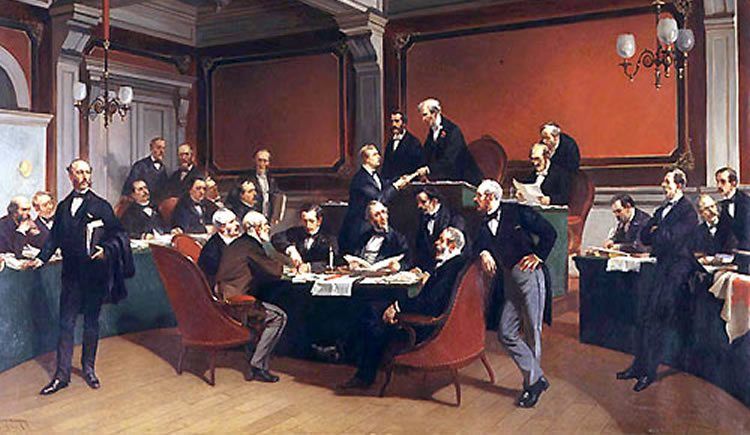 The Internet is a mess, but would a global agreement of nations have any practical benefit to citizens? It’s doubtful. There are already a myriad of anti-hacking laws in many countries, states and even cities, but hackers defy them with impunity. ⁃ TN Editor

In a few years, if you enter all available facts into a super computer and ask it how to make the internet secure, information security expert Adi Shamir predicts this is how the computer will respond:

Kill the internet. Start over again.

“The internet, as we know it, is beyond salvaging,” says Shamir, an Israeli who won the prestigious Japan Prize this month, worth about $442,000. The prize, established by the Japanese government, honors advances in life sciences, electronics and communications.

Alarms over the state of the internet appear with greater frequency as malicious code runs rampant, criminal hackers sweep up passwords of hundreds of millions of users, and nations skirmish with digital weapons. Once a platform for enlightenment, the internet flirts with a dark age, industry leaders warn, and global action must be taken.

Chief among them is Microsoft’s president, Brad Smith, who called Feb. 14 for a Digital Geneva Convention, an international agreement to protect civilians from the destructive uses by states of the digital sphere.

“The time has arrived to call on the world’s governments to implement international rules to protect the civilian use of the internet,” Smith said in a keynote address last week to a gathering of cybersecurity professionals at the RSA Conference, a five-day annual meeting.

He drew a comparison to how war-weary nations in 1949 came together to draw up the Geneva Conventions, which now bind 196 nations and commit them to offer humanitarian treatment to civilians in times of war.

Smith said cybercrime is taking an increasing global toll, and that 74 percent of the world’s businesses expect to be attacked each year. Economic losses due to cybercrime may hit $3 trillion by 2020, he added.

But more alarming, he added, is that nations have unleashed their cyber arsenals.

“We suddenly find ourselves living in a world where nothing seems off-limits to nation-state attacks,” Smith said. “Cyberspace has become a potential new and global battleground.”

Smith referred to the 2014 North Korea hack of Sony Pictures, and said it culminated last year in “hacking incidents connected to the democratic process itself,” a reference to U.S. assertions that Russian state hackers influenced the U.S. election in Donald Trump’s favor.

Civilian users around the world pay a price as the battleground intensifies, experts said.

IMHO, those of us that want to live in peace need a representative government that is community first based, with the law of the land (not of merchant’s rule of the sea). County law should supersede, state law which supersede national law.. All decisions, laws and documents need to be transparent available to anyone on request. Tightly cohesive, loosely coupled communities with larger projects in the interest of the people – municipals, contracted for the common good. National security is a lie but a mechanism to hide the truth. We need to clean up our own countries and our interlocking… Read more »