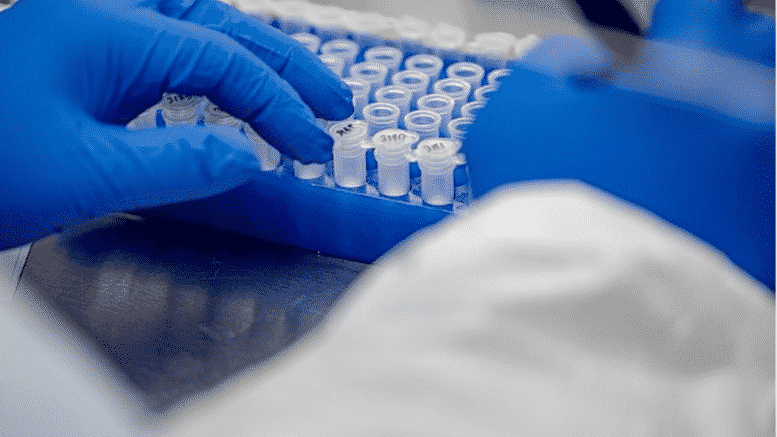 Please Share This Story!
PDF 📄
As the old adage goes, “you have to break some eggs to make an omelet”, so Big Pharma quickly dismisses a few sickened people as an acceptable price to pay for everyone getting vaccinated. There will be no long-term studies available for years and those who suffer diseases will be dismissed as “unrelated” to the vaccine.

This is not science, it is Russian Roulette and it plays fast and loose with real lives of real people. Any why not? Thanks to the U.S. Congress, Big Pharma is immune from lawsuits over damage from their vaccines. To the Technocrat mind, their scientific engineering projects are more important than the objects that they seek to engineer. ⁃ TN Editor

European press reports earlier indicated that the EU’s pharma regulator is preparing to expedite approval of the AstraZeneca-Oxford vaccine, even as the FDA expands its investigation into the COVID-19 vaccine’s Phase 3 trials (after a patient was reportedly seriously sickened in the UK, though AZ insists that illness had nothing to do with the trial).

As the WHO, Bill Gates, Dr. Fauci and the global health-care establishment work with their allies in the press to try and convince as many people as possible to agree to take a COVID-19 vaccine once one is approved, more alarming reports are emerging in the mainstream press about issues with the ‘Phase 3’ trials.

CNBC reported Thursday morning that several patients involved in trials involving Moderna’s vaccine candidate and the Pfizer-BioNTech vaccine candidate have experienced serious side effects, including “shaking so hard he cracked a tooth after taking the second dose.”

As bad as they were, the symptoms typically dissipated within a day or two, and four out of the five subjects interviewed by CNBC said they felt the struggle was “worth it” to gain protection from COVID-19. Then again, the symptoms certaintly sound serious.

High fever, body aches, bad headaches and exhaustion are just some of the symptoms five participants in two of the leading coronavirus vaccine trials say they felt after receiving the shots.

In interviews, all five participants – three in Moderna’s study and two in Pfizer’s late-stage trials  – said they think the discomfort is worth it to protect themselves against the coronavirus. Four of them asked not to be identified, but CNBC reviewed documentation that verified their participation in the trials.

While the symptoms were uncomfortable, and at times intense, they often went away after a day, sometimes sooner, according to three participants in the Moderna trial and one in Pfizer’s as well as a person close to another participant in Moderna’s trial.

At least 41 vaccine candidates are in human trials worldwide, but only four US-backed candidates are in Phase 3: Moderna, Pfizer, AstraZeneca and Johnson & Johnson. At least one UK-backed vaccine is also entering Phase 3. While it’s possible some of the symptoms described could have been caused by an unrelated illness, Moderna and Pfizer previously said some participants in their phase one trials experienced mild symptoms. Pfizer emphasized that complications like this were only seen in a small number of cases.

Hutchison, a computational biologist from Utah, shared his experience with CNBC:

Hutchison, a 44-year-old computational biologist in Utah, said he signed up for Moderna’s phase three trial because he’s healthy, physically fit and a big believer in vaccines. He specifically wanted to support Moderna’s effort, as he was intrigued by the company’s RNA-based approach. While still experimental, mRNA vaccines potentially offer faster development and production times, which could be a major benefit during a global pandemic that has led to more than 1 million fatalities.

“I had a high degree of confidence it would work and I wanted to contribute to the solution,” Hutchinson said.

After getting the first shot on Aug. 18, he said he felt a little under the weather for several days with a low-grade fever. He got his second shot at a clinic on Sept. 15. Eight hours later, he said he was bed bound with a fever of over 101, shakes, chills, a pounding headache and shortness of breath. He said the pain in his arm, where he received the shot, felt like a “goose egg on my shoulder.” He hardly slept that night, recording that his temperature was higher than 100 degrees for five hours.

After 12 hours, Hutchison said he felt back to normal and his energy levels returned. Having signed a lengthy consent form, Hutchison was aware that he might experience symptoms. But he was still struck by the severity and duration, tweeting on Sept. 16 that he experienced “full on Covid-like symptoms.”

Two other participants in the Moderna trial, who asked to remain confidential because they feared backlash from the companies, reported similar side effects. Likewise, one participant in the Pfizer trial said he experienced more severe symptoms than he expected.

Another participant opined that Moderna may need to tell people to take a day off after their second dose.

One North Carolina woman in the Moderna study who is in her 50s said she didn’t experience a fever but suffered a bad migraine that left her drained for a day and unable to focus. She said she woke up the next day feeling better after taking Excedrin, but added that Moderna may need to tell people to take a day off after a second dose. She said other people in the trial have joined a couple of private Facebook groups and have shared similar experiences. She said members of the groups also reported a fever and pain in the arm similar to getting a tetanus shot, adding “you’re not going to be lifting weights or working out.”

“If this proves to work, people are going to have to toughen up,” she said. “The first dose is no big deal. And then the second dose will definitely put you down for the day for sure…You will need to take a day off after the second dose.”

Moderna and Pfizer responded by noting that some vaccines are harder on the body than others, and that the negative reactions in a minority of patients were an unfortunate trade off, but not reason enough to forego taking the vaccine.

Moderna and Pfizer have acknowledged that their vaccines could induce side effects that are similar to symptoms associated with mild Covid-19, such as muscle pain, chills and headache. As companies progressed through clinical trials, several vaccine makers abandoned their highest doses following reports of more severe reactions.

Infectious disease specialist Florian Krammer of New York’s Mount Sinai said on Twitter that the side effects reported in Moderna’s phase one trial are “unpleasant but not dangerous.” It remains to be seen whether kids and pregnant women will experience similar symptoms.

We wonder how heavily testimony like this will figure into the FDA’s expedited ruling on whether to grant emergency approval to both these companies.

Let’s back track. AZ and Fauci’s Moderna are testing a so-called vaccine, on a so-called virus, (which has never been isolated nor photographed) confirmed by a so-called test, (which has a false positive/negative rate of over 90%) based on a so-called virus etc…This is circular logic and belong in the circular file. This is the greatest hoax in medical history, who’s aim is to ID, sterilize and cause mutagenesis eg., neoplasm in as many willing dupes as possible. This vaccine is promoted by eugenics promoters who make no secret of their desire to depopulate the planet by 75 million people.… Read more »

I agree but I think you meant to say 7 billion not 75 million.

Exactly, I could not have hardly said it better myself. No test can diagnose Covid-19, all cases and all deaths from Covid simply do not exist. PCR has been used from the beginning which only picks up infection–best at high cycles such as 45. It cannot even tell if the infectious material is old, dead infection or something current. Infection does not mean disease. Covid-19 has not been isolated, nor purified which then an electron microscope photo is taken to send to other scientists studying the virus–this means making an effective vaccine is impossible. The new vaccines are designed to… Read more »

Thanks Steven. I’m glad there are other people like yourself, who are not fooled by “Warped Speed Witches and Warlocks.” The do not practice science but the religion of scientisim.

If this is a “hoax” how come so many people all over the world have died, from “Covid” before any vaccines were available?

Because they were put on ventilators and given Remdesivir which is deadly.

If these sheeple want to be human Guinea pigs go right ahead but if we allow them to mandate this poison many millions will die. Of course they will never blame it on the vaccine but eventually the truth will come out. They are not exposing these human Guinea pigs because they KNOW if they give them the vaccine then expose them to the virus they will die because that is exactly what happened after more than 20 years of trying to create a vaccine for corona. Ince exposed the lab ferrets DIED.

I agree–all vaccines are death and destruction. as far as I’m concerned, none are effective and none are safe. I think out best hope, besides God who I think has drawn a line in the sand saying, “You cannot cross this line,” are the attorneys filing lawsuits–Crimes against Humanity.”

Remember these guinea pigs are the most healthy folks they could find. Not the average American with 2.5 comorbidities.

It’s so disgusting to think of such demonic behavior in these people..stick that shot up Billy Gates yahoooo…🚫VACCINE🚫

Mmm…. Let me see, MODERNA…………MOD e RNA. MODIFY RNA, in plain sight!!! Remember, the ‘cult’ has to show everything before they do it. Err, no thanks, I’ll give it a miss!

i see truth
Reply to  Bill