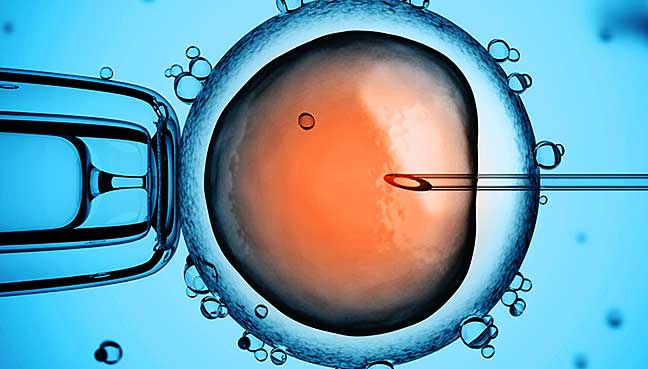 Please Share This Story!
PDF 📄
Creating a single medical solution is beneficial to some patients. Creating the technology to directly infuse edited DNA into humans is reckless and dangerous on every level. Once the technology is out of the box, it cannot be put back in again. ⁃ TN Editor

Crispr Therapeutics AG shares surged after the company said it has treated the first human with the same genetic technology that shares its name in an early-stage study.

Crispr Therapeutics and partner Vertex Pharmaceuticals Inc. said on Monday morning that the first patient in a trial using CTX001, a therapy created using Crispr technology, as a treatment for the rare blood disease, beta thalassemia, received the one-time medicine. The pair also announced the enrollment of the first patient has started in a parallel study for the medicine in sickle-cell disease with the first dosing on track for mid-year.

“Treating the first patient in this study marks an important scientific and medical milestone and the beginning of our efforts to fully realize the promise of CRISPR/Cas9 therapies as a new class of potentially transformative medicines to treat serious diseases,” Samarth Kulkarni, Chief Executive Officer of Crispr Therapeutics, said in a statement.

Crispr Therapeutics rose as much as 20 percent to $38.10 at 9:56 a.m. in New York after the announcement, the largest intraday move in more than a year. Peers Editas Medicine Inc. and Intellia Therapeutics Inc. rose as much as 12 percent and 7 percent, respectively, after the update and a pair of biopharma takeouts.

The technology has a wide range of applications and has captured investor imagination for the better part of the last year and a half, despite only being used in animal models. Crispr led the pack in share movement and market valuation last year, when the word “Crispr” spread like wildfire among trader conversations.