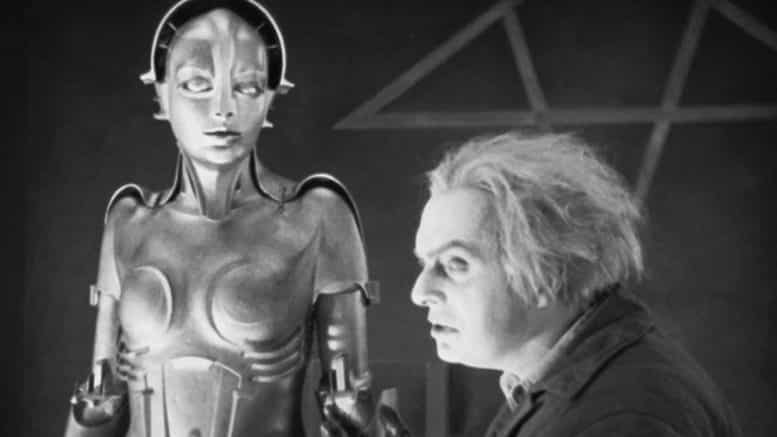 This is a thoughtful article but does not recognize that Technocracy is a global ideology intent on capturing the entire planet into a scientific dictatorship. If successful, the concepts of freedom and liberty will be permanently snuffed out, with no means of escape. ⁃ TN Editor

The technology spawned by science grows ever more powerful, and does so at an ever-faster rate. Where is it taking us?

Science has bestowed enormous benefits on mankind. But it has a dark side as well. It gives us miracle medicines, but also, germ warfare. It bestows upon us nuclear power, and nuclear bombs. Its power can be used to benefit the environment or to destroy it.

But there is another aspect of science, one that has nothing to do with technology. It has to do with shaping our worldview. In doing so, it influences how we structure our society, our laws, and our moral codes.

What is most remarkable about science is not its gadgetry, but rather, what it tells us about ourselves, who we are, what is our purpose and destiny. Do we have inherent value? Or are we just another species of animal?

In other words, there is a powerful philosophy that underpins science. It affects us all.

Science is based on the premise that the universe has rules, unbreakable laws that do not depend on our opinion, but which are revealed to us by observation and reason. As far as we can tell, the universe is orderly; it has structure and hierarchy. Is that all just meaningless coincidence?

Until recent times, nature was correctly seen to be the work of a divine designer whose purpose, plan and meaning are revealed to us in the wonders of Creation. We have a special place in that creation; we are its stewards, its gardeners. We have life, we have consciousness — and we possess free will. Therefore, we are accountable for our deeds. Our noble purpose is to love one another, to be our brother’s keeper, and to treat each other with the same kindness and respect we desire for ourselves.

But that was then, this is now.

Many scientists no longer regard us as having any special place. We are no longer regarded as having a spiritual dimension, but only a physical one. We are seen to be products of a cold, uncaring universe, indeed, not even a product, but only a mere byproduct, an accident, an unlikely outcome of events that had no plan, no purpose, no meaning.

The inevitable extension of this purely physical view of humanity is technological barbarism. If we are mere atoms, biological machines, then by what right can we expect to be treated as anything more than that?  Indeed, there would be no rights at all, but only force.

Of course, such dismal interpretations of science are not at all scientific, but only ideological. Most people, however, confronted with the scientific arguments for physics devoid of spirit, find themselves ill equipped to counter those arguments. All too many people have subscribed to the material paradigm, and have come to regard religious faith as mere superstition at best, as harmful at worst.

The God paradigm, on the other hand, holds that life is not merely a chemical reaction. It informs us that our free will empowers us – supernaturally — to break the otherwise immutable chain of cause and effect.

Physical science, when it is divorced from faith, denies that free will can possibly exist. In that view, the criminal cannot be blamed for his crimes; the hero deserves no praise.

In the material view, as expressed by the social left, there is no right, no wrong. “Do as thou wilt.” That view has led us to enact laws that make no moral distinction between family values and sexually perverse relationships. It regards humans in the womb as disposable tissue masses.  It invites, across our borders, masses of people who are hostile to Judeo-Christians. It defines our Founders only by their sad record of slavery, but makes no mention of the freedoms they imparted to all of us.  It is changing the definition of free speech to violent bigotry. It promotes the accelerating decay of Western civilization.

How can we free ourselves from that futile and destructive world view? The answer is simple, but not easy. We need to reform the institutions of both science and politics.  We need to restore faith to the public forum.

“The great arcana of Divine Mysteries cannot be known by reason, but only by Revelation.  Reason can however, once in possession of these truths, offer persuasions to show that they are not only not contrary to reason, or destructive of nature, but eminently suited to a scientific temper of mind and the perfection of all that is best in human nature.” — The Life of All Living

Science is only as valuable as its foundation. If that foundation is not faith, then science is a house built upon shifting sand, and must collapse. Let’s stop worshipping the false gods of so-called science, before they demand the sacrifice of all that is truly sacred.