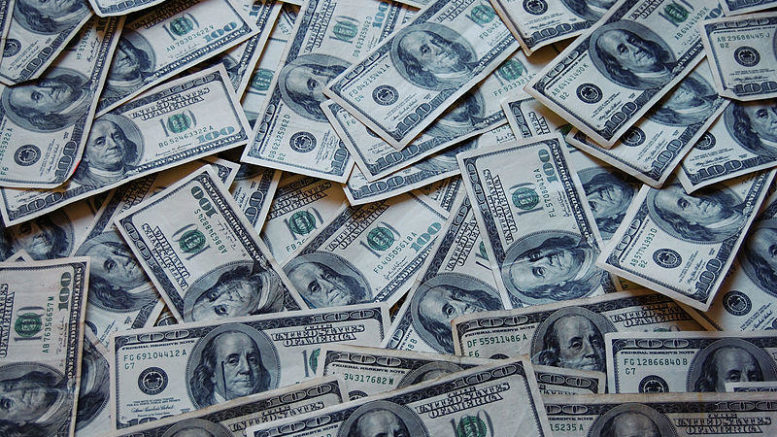 Technocrats sucker billionaires into funding their technology pipe dreams, which effectively becomes like a self-reinforcing whirlwind of manic political behavior. Canada is a leading example of this phenomenon. ⁃ TN Editor

“Dark Green Money” is a new report by Ottawa energy policy consultant, Robert Lyman, that takes the mask off the big green funding machine behind Canada’s Climate Change “Leadership”, issued by Friends of Science on Jan. 15, 2019. According to Friends of Science, what is in play in Canada sounds like the proposed US Green New Deal, as outlined by Vox, Jan. 7, 2019. Contrary to Al Gore’s claims of industry money funding climate dissenters, as reported Dec. 21, 2018 in National Geographic, “Dark Green Money” shows that billionaire foundations with vested interests in renewables and carbon trading, along with government policies are the big money pushing the climate narrative.

The US Senate Minority report the “Billionaire’s Club” of July 20, 2014 reported similar funding.

The claim of a climate crisis is debunked by Emeritus Professor François Gervais of the University of Tours, in a new video presentation: “Cooling of Climate sensitivity – Anthropogenic CO2 Global Warming Challenged by 60-Year Cycle” just posted to YouTube by Friends of Science. Prof. Gervais shows evidence that there is a scientific ‘consensus’ on the nominal climate sensitivity of carbon dioxide from human emissions, meaning its long-term impact on earth’s climate is negligible.

Author Robert Lyman is a former public servant of 27 years and past diplomat for 10 years for the Canadian government. He’s appalled at the public funds wasted without any cost-benefit analysis and rarely subjected to public scrutiny.

Lyman first refers to Matthew Nisbet’s 2018 paper on “Strategic Philanthropy…”. Nisbet states that philanthropist foundations in the US have framed “climate change” as a social problem, defined it as a pollution problem, pushed to enact a “carbon price” and shifted markets in the direction of renewable energy technologies as solutions.

Lyman writes, “While the funding provided by private foundations is large, by far the largest source of funding to promote climate “mitigation” in Canada is by governments …” Canadians should not have to guess how much money is being spent by governments to fund the “Iron Triangle” of climate change confirmation bias.

The Iron Triangle refers to a paper in the Journal of Physicians and Surgeons of Fall 2013 by Richard Lindzen, explaining how ambiguous scientific statements get hyped by self-interested advocates and media, who then generate public pressure on governments to ‘take action’, who in turn feed the frenzy with funding.

Ironically, spending these green billions in attempts to stop global warming is economically detrimental for Canada according to Dr. Richard Tol. Nominal warming benefits cold countries through better growing seasons, less costs for outdoor industrial activity and heating. In his book “Climate Economics” [page 89] he states “The best-off country is Canada …” The estimated positive net benefit of CO2 emissions to Canada will steadily increase to be $100 billion by 2100.

Tol is the IPCC lead author who refused to sign his team’s report, saying it was too alarmist, neglecting human ability to adapt.