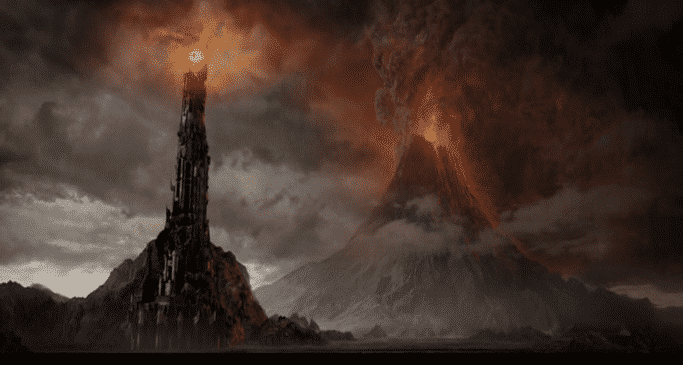 Please Share This Story!
PDF 📄
As DHS Fusion Centers have infiltrated police departments across America, the invasive surveillance state has grown up right under our noses. It has become like the all-seeing Eye of Sauron that sees everything but misinterprets everything and understands nothing. TN has warned about Fusion Centers for years. ⁃ TN Editor

“Connect Atlanta, a network of more than 4,500 surveillance cameras from across the city, will allow officers to pull up footage on their cellphones and laptops from inside their squad cars, before they even get to a scene, the department said Wednesday.”

“It’s connected to our dispatch so that gives us the proactive ability to immediately see the cameras related to calls as they come in and relay that information to officers,” he said. “That’s going to be a game-changer for us,” Deputy Chief Michael O’Connor said.

The article also revealed that police use “Connect Atlanta” to monitor shoppers and fans in real-time at the Lenox Square shopping center, the Mercedes-Benz Stadium, and much more.

A three year old article in the Atlanta Journal Constitution revealed that Atlanta’s fusion center has already created a network of at least 11,000 surveillance cameras.

“When the initiative was announced in September 2011, authorities had access to about 100 public and private cameras. Today it’s around 11,000, a feat that has Atlanta near the top in a study of cities using security footage.”

“Connect Atlanta” has all the earmarks of police cam-share networks that have been sprouting up in cities across the country. As of 2018, there were at least 36 different types of police cam-share programs, and they all have the same thing in common; sharing business and homeowner surveillance camera footage with police departments without a warrant.

After all the recent Black Lives Matters protests and living through two plus years of COVID lockdowns, law enforcement thinks that now would be a great time to create a massive surveillance network of 30,000 CCTV cameras.

“By next year, O’Connor estimates the number of Atlanta businesses sharing their camera feeds with police will reach at least 30,000.”

O’Connor admits that no one will be safe from Big Brother’s gaze as a network of more than 30,000 surveillance cameras will make it hard for any Black person to travel anywhere without being monitored by Homeland Security/law enforcement.

“It’s not going to be tomorrow. It may not even be next year. But over time it’s going to be so hard to do anything where you’re not seen by one of these surveillance systems,” he said. “It’s getting harder and harder to do something and get away with it,” O’Connor said.

Imagine living in a city of 5.6 million people where roughly 2.8 million of them are Black and being told by the police that they are going to surveil everyone, every where where they go. Has Black oppression really ended or has it taken on a new form of 24/7 fusion center surveillance?

According to Fūsus CEO Chris Lindenau, police in 85 communities across the country are using Fūsus software to track millions of innocent minorities in real-time.

Communities across the country are encouraging their citizens to send anonymous “tips” (text messages, photos or videos) to fusion centers about suspicious people, where police can store and view their tips on Fūsus’s digital evidence “vault”.

“The Fūsus vault collects all pictures and videos related to an incident, which are added to that incident’s folder tagged with the incident number and including all metadata. This includes tips pics/video, video collected from FūsusCOREs, FūsusOPS, and manually from registry cams.”

A Fūsus article about their Real-Time Crime Center In The Cloud reveals just how invasive police surveillance has become.

It seems like police departments from New Hampshire to Hawaii are using the pandemic as an excuse to create Fūsus/Fusion Center surveillance camera networks.

“A diverse set of law enforcement agencies ranging from the Georgia Tech Police Department, the Hillsborough County Sheriff’s Office and the New Hampshire Department of Safety, to Police Departments in cities like Rialto, Honolulu, Minneapolis, and Oak Lawn have all recently activated the Fūsus platform to power their Real-Time Crime Centers. Some of the primary factors driving adoption of the Fūsus solution is the ability to quickly implement a robust, fully functional Real-Time Crime Center solution remotely without the need for onsite work, and the aggressive price-point of the solution, which makes it affordable for Departments located in cities suffering from budget shortfalls due to the ongoing COVID-19 pandemic.”

Using the pandemic to create massive surveillance camera networks where no one can escape Homeland Security’s gaze is ‘the modern surveillance state’ as Slate said: “the Eye of Sauron atop a tower, taking in the whole world, has resonated with those who are paranoid about government monitoring.”

One does not have to be paranoid about ‘government monitoring’ to see just how invasive 30,000 surveillance cameras targeting minorities really is. If Americans continue to believe the lies law enforcement tells them then our privacy and freedoms are doomed, because soon every street in every city will be covered with hundreds of thousands of Homeland Security surveillance cameras.