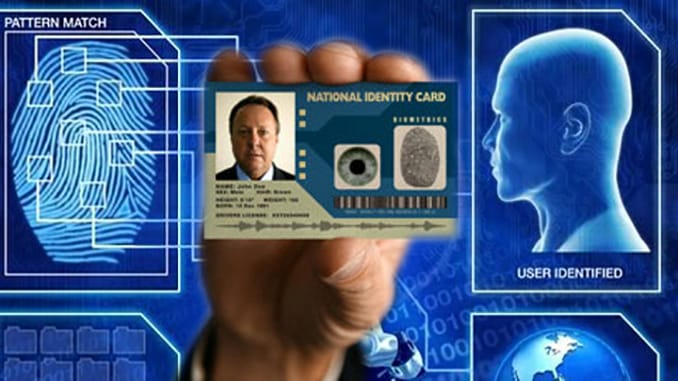 Please Share This Story!
PDF 📄
The trend for universal biometric identification is racing forward. Europe will soon add its population to the estimated 3.6 billion citizens globally that will carry a biometric national ID card by 2021. In addition, the UN has mandated that all humanity be identified by 2030. This is an essential element to implement global Technocracy. ⁃ TN Editor

The European Commission has proposed a host of new measures aimed at “denying terrorists the means to act” which include the mandatory inclusion of two biometrics – fingerprints and a facial image – in all ID cards and residence documents for Union citizens and their family members issued by EU Member States.

According to the Commission’s proposal: “Up to 370 of the 440 million citizens in 26 Member States (DK [Denmark] and UK do not issue ID cards) could hold national ID cards,” although “identity card ownership is common and compulsory in 15 Member States” and there are five other Member States in which citizens “are obliged to hold a non-specific document for identification purposes. In practice this very frequently is an identity card.”

A document released alongside the proposals states (emphasis added):

“It is estimated that 80 million Europeans currently have non-machine readable ID cards without biometric identifiers. As many of the EU’s security measures rely on secure travel and identity documents – such as the systematic checks carried out at the external borders on all citizens using the Schengen Information System – this creates a security gap, because of the increased risk of falsification and identity fraud. It also leads to practical difficulties for citizens when travelling or moving to another Member State.

The Commission is therefore proposing measures to strengthen the security features of ID cards and residence documents of EU citizens and their non-EU family members. More secure documents will enhance EU external border management, increase the protection against falsification and document fraud and make it more difficult to misuse or copy such documents. This will benefit the security of all citizens, public authorities and businesses.“

Proposals for new rules on national ID cards have been put forth alongside proposed measures to ease cross-border access to financial information for law enforcement authorities; to make the acquisition of explosives precursors more difficult; and for stricter controls on the import and export of firearms.

Some official documentation (such as impact assessments) is currently unavailable. This page will be updated when it is.