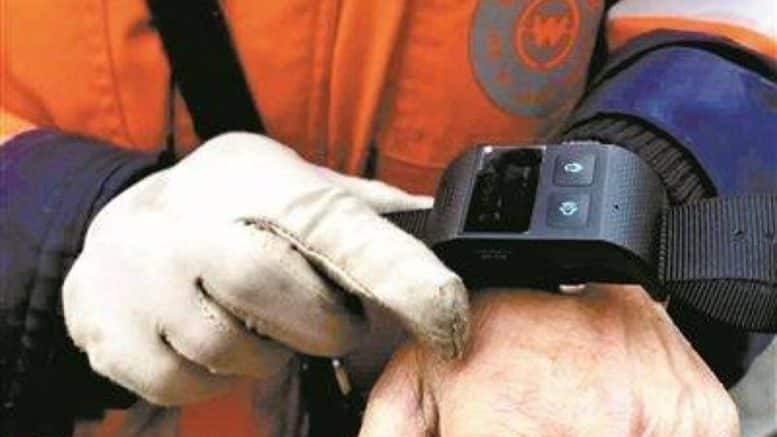 Employers have joined the surveillance state by requiring their workers to wear GPS tracking devices that monitor their every move in the field, turning them into digital slaves. This is the natural outcome of Technocracy: Scientific Dictatorship. ⁃ TN Editor

“We’re on this road working, and it positions us. You’re here 20 minutes without moving, and it knows it.”

This is how a street cleaner in one Chinese city introduced a new piece of surveillance equipment that the local sanitation company slapped on her wrist to track her work. The smartwatch doesn’t just track her position. Staying 20 minutes in one place sounds an alarm: “Add oil!” the watch chants, using a popular Chinese phrase of encouragement.

Sanitation workers in Nanjing’s Hexi district are now required to wear GPS-equipped smartwatches, according to a local report aired on Jiangsu City Channel. These watches track what time workers clock in, whether they leave their designated work area and, most importantly, whether they are slacking off.

If workers fail to move after the alarm goes off, the team leaders can look up their GPS location on the screen and go out to find them, one worker said.

The idea is not entirely new. A city in India implemented the same technology for its own sanitation workers last year. Ecommerce platforms in China have been selling similar products for monitoring “lazy” workers such as office ID cards equipped with voice recording and GPS tracking.

In 2018, Amazon filed two patents for a wristband that tracks warehouse employees and monitors performance. While Amazon has described it as time-saving, those acquainted with the work conditions in its warehouses may see it as dystopian.

Judging from the online backlash to Nanjing’s new smartwatch initiative, many in China share a similar sentiment. The reactions have been overwhelmingly negative, with one Weibo commentator calling the smartwatches “the shackles of the working people.”

“You can monitor suspects, addicts, or production, but why ‘monitor’ hard-working sanitation staff?,” another Weibo commentator asked.