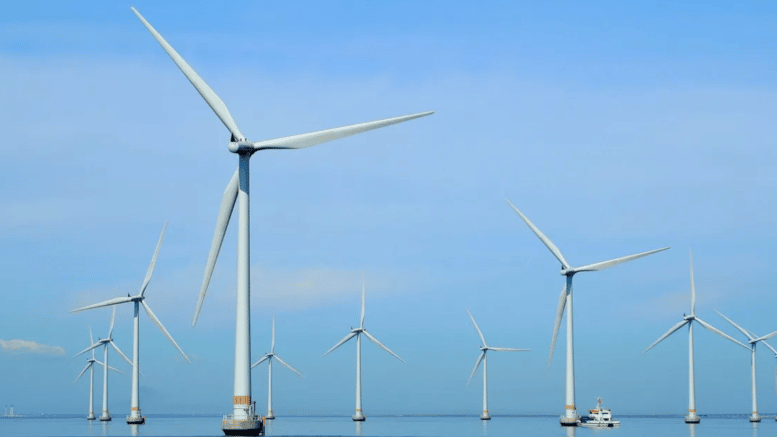 Please Share This Story!
PDF 📄
COP27 is a virtue signaling bonanza. EU Technocrats have driven Europe into an energy crisis with their war on traditional energy sources. Instead of saving Europeans from de-industrialization and energy-deprived winters, it has doubled down on global warming by increasing its pledge to reduce carbon emissions even more. ⁃ TN Editor

The UN climate summit, European Commission Vice President Franz Timmermans on Tuesday announced that the EU is ready to update its climate target for 2030, with a new Nationally Determined Contribution (NDC) that climbs two points — from 55 to 57 per cent, which, despite showing a modest improvement, would still not be in line with what the bloc’s equitable contribution to the Paris Agreement should be: at least 65 per cent emission cuts.

However, CAN Europe, supported by strong scientific evidence, has for long asked the EU to honour the Paris Agreement with at least 65 per cent emissions reductions and removals accounted additionally and separately.

This goal is not utopian and contributes fairly to limiting temperature to 1.5 degrees Celsius, as the EU has historically emitted much more greenhouse gases compared to many countries in the Global South, that are the most impacted by a problem they have little contributed to create.

‘The climate emergency we are in doesn’t deserve breadcrumbing from the EU. The two points increase from 55 to 57 per cent on the EU’s commitment to reducing net emissions by 2030 is far from the dearly needed at least 65 per cent, which is the minimum equitable share that the EU should commit to globally limiting temperature to the 1.5-degree threshold that means at least smaller harm for people on this planet than overrunning it,’ said Chiara Martinelli, Director at CAN Europe.

‘This small increase announced today at COP27 doesn’t do justice to the calls from the most vulnerable countries at the frontlines. If the EU, with a heavy history of emitting greenhouse gases, doesn’t lead on mitigating climate change, who will?

‘The EU showing it is committed to deliver and reduce more our greenhouse gas emissions is a positive sign. But one can’t really present oneself as a top student when the stakes are too low. We need much higher ambition. That could also inspire other countries to step for the mitigation work programme which governments are expected to adopt at COP27 and to implement from 2023 onwards,’ said Sven Harmeling, International Climate Policy Expert at CAN Europe.

The announcement at COP27 comes after the EU passed three important pieces of climate legislation in the past two weeks, included in the ‘Fit for 55’, a package that aims to bring the EU to 55 per cent net emissions reductions by 2030.

fter the trilogue negotiations of the Effort Sharing Regulation (ESR, cuts at national level), the LULUCF (carbon sink) and the CO2 standards for cars, and before other legislative proposals are agreed in the coming weeks, the EU Commission considered it is doable to achieve 57 per cent.

If the EU is serious about cutting emissions, the Commission should feel the pressure to phase out fossil fuels subsidies by 2025 and ensure that a strong language on that is included in the COP’s cover text or political declaration.