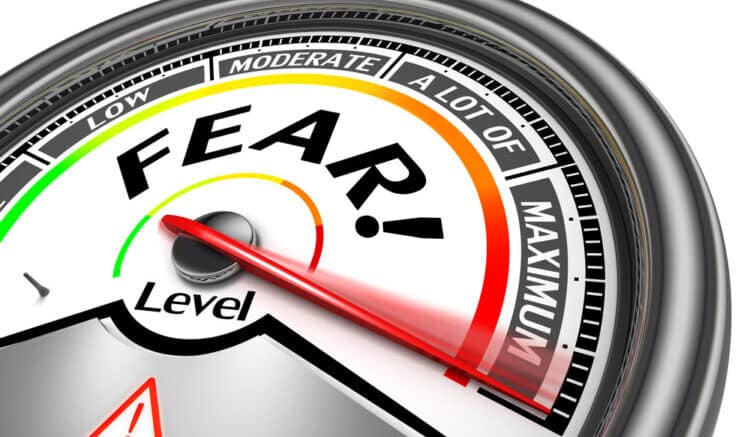 Please Share This Story!
PDF 📄
The Association Of American Physicians and Surgeons strikes at the heart of the great COVID panic of 2020. Quoting Malcom X, “you been misled. You been had. You been took.” This madness must be resisted at every turn and confronted head-on. ⁃ TN Editor

Planet of the Humans, a Michael Moore vehicle, came and went with little fanfare. Perhaps it was the message that our feeble attempts at halting climate change were just that: feeble and useless. Solar panels, wind turbines, electric cars and the like were criticized as mere “band-aids” and corporate moneymakers that leave a larger human footprint on Gaia. In truth, the sole savior of the Earth is controlling the root of energy consumption: our population.

Mother Earth aside, Margaret Sanger and her eugenicist friends tried to control population by cruel design in the early 1900s. She opposed philanthropy as it perpetuated “human waste.” To achieve world peace, Sanger proposed that “the whole dysgenic population [including epileptics, feeble-minded, prostitutes] would have its choice of segregation or sterilization.”

Government-sponsored forced sterilizations became too much for civilized society to bear and ceased in 1981. Margaret Sanger’s legacy soldiers on, conducting “God’s work” at Planned Parenthood abortion clinics disproportionately located in minority neighborhoods. Taking it up a notch, pediatrician Governor Ralph Northam (D-Va.), who while in medical school wore either black face or a KKK hood—he doesn’t remember which—grotesquely believes it’s OK to kill babies who are born alive.

The new standard bearer for the current brand of population control is fear. Dressed as the Angel of Death, he appears on CNN as an ever-present sidebar flashing numbers of COVID-19 “cases,” rarely making the distinction between those who are ill and those who simply had a positive test for SARS-CoV-2, the virus that causes COVID-19.

Meanwhile, in an attempt to undermine our rays of hope, politicians are rewriting history. The woman who plans to be President irresponsibly asserted that Obama-Biden deftly handled the “Ebola pandemic.” Pandemic? Unlike the highly contagious COVID-19, Ebola virus disease was an outbreak centered in West Africa caused by a virus that was only spread through exchange of bodily fluids. The U.S. had 11 Ebola cases, 9 of whom were evacuees from, or contracted Ebola in other countries. The 2 people who contracted Ebola in the U.S. were the Ebola patients’ nurses—both of whom recovered. And at the time, infection control experts criticized the “lax” federal Ebola guidelines.

The misery campaign worked. In a few short months we have gone from level-headed folks dealing with the vagaries of life to house arrestees acquiescing to ever-changing restrictions, privacy intrusions, and punishments for noncompliance. Isolation has consequences. Verifiable domestic violence has doubled. Forty-one percent of thousands of adults surveyed by the CDC in June 2020 reported an “adverse mental or behavioral health condition,” including 10.7 percent seriously considering suicide. One study predicted 34,000 U.S. cancer deaths due to delayed diagnosis. Unscientific lockdowns are on pace to kill more people than the Devil’s spawn, COVID-19.

The suggestion that we accept this stygian existence until a vaccine is available is magical thinking. Recently, genomic researchers reported 73 variants of the SARS-CoV-2 virus. Variants and mutations could present a challenge for developing an effective vaccine.

Viruses will always be part of our environment. Exploring all possible treatment options, including building our general immunity, is crucial to saving lives. Hydroxychloroquine is one such option that is effective in many patients if given early. Yet the pot-smoking President wannabe labelled our teetotaling President a “drug pusher” for speaking positively about hydroxychloroquine. And the infectious disease expert and cardiologist Bill Gates claims its side effects are severe. The President is in good company with Yale Professor Harvey Risch, MD, physician researchers, and well-respected clinicians regarding hydroxychloroquine’s overall and cardiac safety.

Our scientists and physicians are working hard to preserve our population. If we are allowed out of our cocoons, enough people might develop permanent population (“herd”) immunity to SARS-CoV-2 and the transmission of the virus could burn out.

Fear and agenda-driven political manipulation are drowning out the facts. We may look back and find that the media-political complex is the prime method of population control.

Bio: Dr. Singleton is a board-certified anesthesiologist. She is Immediate Past President of the Association of American Physicians and Surgeons (AAPS). She graduated from Stanford and earned her MD at UCSF Medical School. Dr. Singleton completed 2 years of Surgery residency at UCSF, then her Anesthesia residency at Harvard’s Beth Israel Hospital. While still working in the operating room, she attended UC Berkeley Law School, focusing on constitutional law and administrative law. She interned at the National Health Law Project and practiced insurance and health law. She teaches classes in the recognition of elder abuse and constitutional law for non-lawyers.

Boy, apparently NO ONE reads the stats these days. Feed me! is the battle cry of the compliant and stupid. Fact in point–was at an open air veggie stand in downtown OKC a couple weeks ago. The guy who runs it is hilarious. He, another woman and I got into a conversation about covid and began to laugh so hard we were almost falling down. He was telling us about the people who come all geared-up for the covid bear, in gloves, muzzles sometime face shields while shopping outside. They pick up veggies and roll them around in their gloved… Read more »

I wonder if she’ll enjoy spending the rest of her life in fear and isolation. It seems the way she prefers to live.