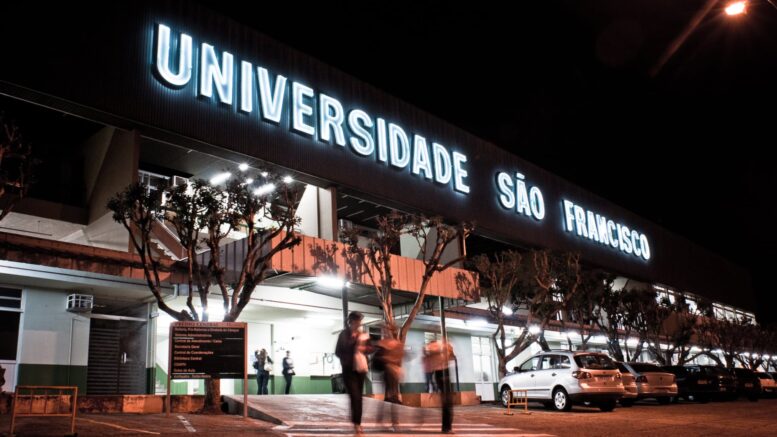 University psychologists in Brazil conducted a “study” that profiled those who are non-compliant with relation to wearing face masks and practicing social distancing. Those cretins who resist going along with mandates for the greater good “tend to display higher levels of traits associated with antisocial personality disorder, also known as sociopathy.”

What is a sociopath?

A sociopath is defined as “someone who has antisocial personality disorder (ASPD)”. According to Healthline,

People with ASPD can’t understand others’ feelings. They’ll often break rules or make impulsive decisions without feeling guilty for the harm they cause. People with ASPD may also use “mind games” to control friends, family members, co-workers, and even strangers. They may also be perceived as charismatic or charming.

To receive a diagnosis of ASPD, someone must be older than 18. Their behaviors must show a pattern of at least three of the following seven traits:

Other possible symptoms of ASPD can include:

In fact, the Brazilian study started out with the presupposition that “deniers” are sociopaths, and then struck out to prove it. Any credibility of the results lies only with the academic association of the authors and not with the study itself, which appears to be seriously convoluted.

However, the authors themselves clearly reveal their real motives by concluding,

“Our findings can be useful for public health policies, e.g., through screenings that demonstrate an elevation in these traits, interventions can be carried out aiming at greater awareness and consequent compliance with containment measures. We suggest that further studies be carried out investigating the interaction of these traits with other variables,”

In other words, public health policies should be advised by these sociopathic personality markers by conducting psychological screenings. More disturbing is their call for interventions to force compliance with containment measures.

In China, such interventions are called “re-education camps”. In the former USSR, they were called “gulags”. In today’s Technocrat-run society, it will be called Social Credit Scoring. Those who refuse to comply will be excluded from society and “put outside the camp” like lepers in Biblical times.

You can be certain that this utterly false narrative will be introduced into future public policy to further clamp down on any outliers who refuse to go along with the Technocrat narrative. As such, it should be resisted and debunked at all costs. With this early warning, you should be fully prepared for it.

**Hat tip to James Corbett for identifying this study.

Contact Tracing: When Game Night Turned Into A Nightmare

I know all too well what a Sociopath is; learned ‘up close and personal’! And the above traits of a Sociopath are EXACTLY what LibTards ARE. As a typical Sociopath, they’ll TRY to project what THEY are on to others. Just as these Sociopathic/PSYCHOPATHIC Globalists are ATTEMPTING to do here! A Socio/Psychopath wants others to believe that down is up and wrong is right; and least we not forget…..that slavery is freedom! Mmmmm…..yeah, sorry; down is NOT up! Wrong is NOT right! And Slavery is NOT FREEDOM! Peddle your MENTAL ILLNESS elsewhere!!

Except none are charming or humorous.

Like I need to know what university psychologists in Brazil, think or say…ppffttt. Not a relevant article.

Yes it is ‘relevant’. It’s not just in Brazil, but worldwide that this is exactly what psychiatrist’s think, especially in America! Psychiatry is an atheistic humanistic religion and it is false. That said, they believe Bible believing Christians are the ones that are mentally ill, and delusional. I read that they believe it is a mental illness that Christians believe they have received some kind of secret knowledge about the world and the end times. It is truth that the Democratic party threw out ‘God’ in their platform, that should mean something to people who continue to vote for them.… Read more »

Mamie B
Reply to  just sayin

Well said and I agree.

Psychiatry is a branch of technocracy. All about using science/pseudo science to control others. Including psychological torture methods.

I saw this on Corbett Report yesterday. Completely agree with James that this is clickbait BS. Besides being unscientific and unprofessional it’s not a ‘study’ it’s a POS coming from the bowels of the predatory class’ and their covid lying narrative tongues. Complete crap from both ends.

One woman, clearly educated in such studies, commented that the so-called ‘study’ is not a study at all as the 1578 people were recruited from FB as volunteers (haven’t checked-out that fact, yet). Bad stats and twisted reasoning leads to twisted logic. What do we expect from liars, murderers and thieves?

Hi Patrick. Alex from Brazil here. James had trouble with a passage in the study, not knowing if it was a translation problem, because it made no sense. I sent an email to one of the authors, Fabiano Koich Miguel, asking for the original in Portuguese so I could check, but he replied saying the study was published only in English, so there’s no original. That’s kind of weird for a “Brazilian” study, but there you go.

Thanks for checking out the original. Hope you told James. He was interested. Only in English? That’s interesting. Why would a Brazilian study only be written in English unless its prime target was propaganda for the West?

I left a comment on The Corbett Report. I think he probably saw it. I would say it’s UN propaganda via a “Brazilian study” or something like that. Very weird, but these days, what isn’t?

Psychiatry itself is a highly fraudulent “profession”. The way they come up with the DSM is to sit around a table and invent names for behaviors, then vote them in or out of the DSM. As one doctor in the profession himself says, “real diseases are discovered; psychiatric disorders are invented.” It really doesn’t take a psychiatrist to diagnose these behaviors. A psychiatrist is arrogant beyond belief. The medical establishment claimed my mother was narcissistic – which she was. Then then claimed there was no treatment, but then went on to try to drug her into oblivion to “treat” it.… Read more »

Psychiatry itself is a highly fraudulent “profession”. The way they come up with the DSM is to sit around a table and invent names for behaviors, then vote them in or out of the DSM. As one doctor in the profession himself says, “real diseases are discovered; psychiatric disorders are invented.” It really doesn’t take a psychiatrist to diagnose these behaviors. A psychiatrist is arrogant beyond belief. The medical establishment claimed my mother was narcissistic – which she was. They then claimed there was no treatment, but then went on to try to drug her into oblivion to “treat” it.… Read more »

Here we go with the mad nazi doctors diagnosing good old fashion common sense as a mental disorder. The mad nazi doctors are all psychopaths and they are engaging in satanic reversal, trying to convince us that bad things are good and good things are bad. Really we need to simply tar and feather the lot of them and run them out on a rail.