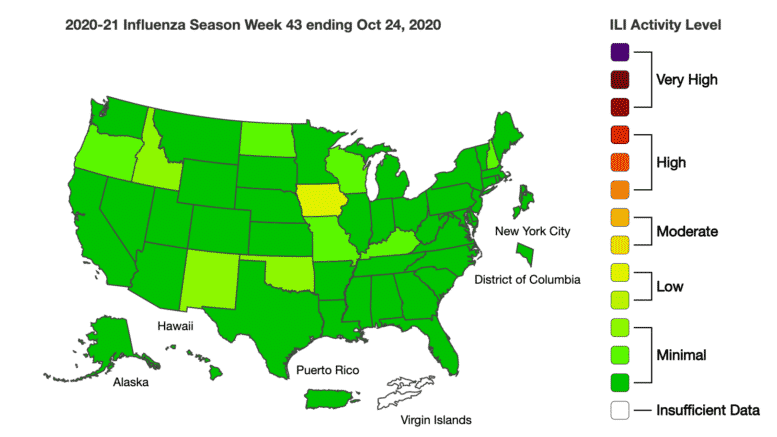 A single paragraph has been added to the CDC’s website page titled, U.S. Influenza Surveillance System: Purpose and Methods, stating that because of COVID-19, it will suspend data collection for regular influenza during the 2020-2021 flu season.

Thus, it will be impossible to statistically analyze the relative differences between COVID and influenza. It will also likely result in reporting some cases of influenza as COVID, when they are not. Thus, all attention will be given to COVID, magnifying cases to fit the pandemic narrative.

3.
Summary of the Geographic Spread of Influenza

Due to the ongoing COVID-19 pandemic, this system will suspend data collection for the 2020-21 influenza season. Data from previous seasons are available on FluView Interactive.

And the beat goes on at the corrupt CDC.

I’m waiting for the stock exchanges to jump on this wagon with real time indexes, puts/calls and all the fraudulent $hit.

What this tells me that the Flu, a Corona virus very similar to Covid-19, was purposfully diagnosed as Covid-19 to create a political pandemic. In short, fraud was comitted to panic a basically illeterate humanity lic that we had a pandemic for purely political purposes. Democrats are strong with saying “Go with the science” but don’t. Instead they use junk science and magic with numbers to convince the general public that doesn’t understand science in order to justify their actions designed to seize more control over the very population they were elected to care for instead of taking advantage of.… Read more »