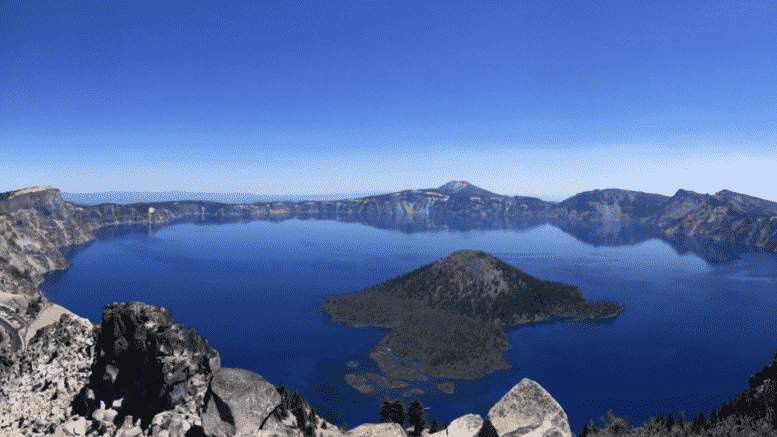 Please Share This Story!
PDF 📄
The Fascist state of Oregon has become the first state to mandate vaccination in order to be able to take your face mask off when entering businesses, churches, government buildings, etc. This is the resurrection of Jim Crow laws but based on a vaccine instead of skin color.

Essentially, you will be forced to wear a mask forever unless and until you can prove that you are vaccinated. ⁃ TN Editor

It has come to this. Oregon health officials have approved the rollout of vaccine passports, requiring houses of worship, employers, and businesses to check the vaccine records of adherents, employees, or customers in exchange for being able to take off their masks indoors.

That’s right: in order to gain freedom from masks indoors, Oregonians must show their papers to prove they’ve complied with state’s unique and oppressive plan to get more people vaccinated. Presumably, people unwilling to show their papers will be reported. Businesses and other entities under the new rules will be “investigated” if they’re found breaking the rules.

Sad day in history. I am in Oregon and May 19 2021 OR became the first state in the union to demand businesses, houses of worship, discriminate against citizens based on vaccine passports. Join the fight to end this: DailyClout Five Freedoms campaign is meeting w OR legislators. pic.twitter.com/lWkspJG2sw

The Washington Examiner reports that the Oregon Occupational Safety and Hazard Administration (OSHA) and other state agencies will enforce all of the new guidance. OSHA spokesman Aaron Corvin explained that employers brushing off the diktat also would be investigated.

We expect employers to comply, whichever route they take – allowing the vaccination exemption or sticking with current requirements. We will take and investigate complaints alleging employers aren’t requiring face coverings for example or checking vaccination status.

No governmental entity requires vaccine passports. But this reflexive authoritarian response coincides with Oregon Democrats’ desire to be first in the race to total tyranny. The new rules were announced even though Oregon’s new COVID caseload dropped by more than half in the last week, so they seem an upside-down response to the facts on the ground.

The same day the passports were announced, the Oregon Health Authority (OHA), with the blessing of Governor Kate Brown, also ordered that all people inside K-12 schools, jails, hospitals, and homeless shelters must wear masks, regardless of papers.

This is considered “progress” for progressives.

Vaccine passports are completely contrary to Oregonians’ sense of privacy. This kind of dictatorial control over the everyday lives of Oregonians must stop.

After marking a good swath of Oregonians with a big “u” for unvaccinated or unwilling to comply with the new passport program, the head of OHA, Dr. Dean Sidelinger, told The Oregonian that he hoped people won’t “cheat” by forging vaccination passports.

I thought this was an interesting article also: https://steverotter.com/no-masks-needed-for-the-vaccinated/ People, we have always had the power from the beginning to resist, but unfortunately people are very passive, they don’t want confrontation, they are afraid. I live in Oregon and I can tell you that if I was fortunate to move to a conservative state I would be completely shocked about what was legal in those states verses everything illegal in our state. In other words this state is beyond a doubt one of the most oppressive and expensive. Vote by mail which we have had since 1981 in a limited… Read more »

It is not “Jim Crow”, but NAZISM! And the masks on students and inmates is to show they have been silenced.

Why aren’t we seeing lawsuits against these tyrants?

Because Oregon judges were appointed by commie brown and corrupt. You can not win here

Oregon is going against federal law. Can’t force compliance. The courts will be flooded with suits.

The problem is… the suits will be tied up in those courts for decades, meanwhile you’ll still be persecuted and your rights violated. And they’re banking on that.

Not to mention libtard judges who will side with neo-Nazism versus you.

Who’s surprised that OR is the first fascist State in the USA to ignore the law of the land, human and personal rights/privacy to put in such a mandate. My family was looking at OR in 2017 to buy a home. I am SO, SO happy we dodged that bullet. AND a deadly bullet it is, too. I suppose our young realtor will have a lot more escapees from the West Coast to contend with since both OR and CA are quick becoming fascists states with Nazi political oversight–just like Germany in WWII. I’m betting NM and the Red Queen… Read more »

Well what is happening is Californian’s are moving to Oregon. I guess Oregon isn’t quite as bad as California YET but that is how we in Oregon fell when they left the state they ruined and entered into politics and created the same monster. Some are conservative but they did not do their homework or they would have moved elsewhere. When you move from California after you have sold your small property you can buy a mansion with that same money in Texas or anywhere in the south! Just sayin~

Completely understand and you are correct about ‘the CA to buy anywhere else’ thing. They are invading Oklahoma, too, bringing with them undesirable attitudes. I understand that a portion of Oregon wants to secede to Idaho. Those in control of the government do not reflect the entire state, no doubt.

They going for the low-hanging fruit that are stupid enough to get this vaccyanide. Essentially low-IQ people who are germaphobes. Some people are really just that weak.

Oregon is already a mini socialist State..the way they deliver Social Security to elderly and their medical is set up strange!

I am appalled that any people could be so backward, ignorant and gullible. It genuinely saddens me having been raised and educated there so many years ago. Those emigrants who came to a once wonderful place have left it stained and dispoiled. You will never know how free, refined, diverse and charming it was. Now just a cheap knock off version of that cesspool know as California that displays itself as wonderful but a visit to any of it’s many cities show the decay, poverty, lack of education, wealth disparity, indifference, pollution, corruption, and hopelessness. Santa Clara county is typical.… Read more »

[…] the State of New York working with IBM working with NY Governor Cuomo for Covid passports, now the Fascist State of Oregon has become the first state to mandate vaccination in order to be able to take your face mask off […]