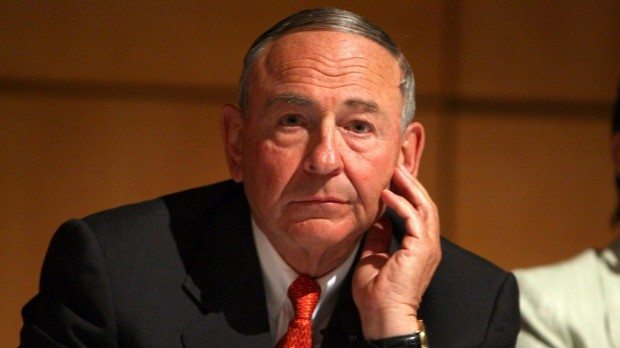 TN Note: Newman is exactly correct: New World Order (sustainable development) is the UN’s goal and climate change is merely fear mongering mechanism to drive the world into accepting the solution. In other words, it is a scam, a fraud and a deception.

The Australian prime minister’s chief business adviser has accused the United Nations of using debunked climate change science to lead a new world order – provocative claims made to coincide with a visit from the top UN climate negotiator.

Christiana Figueres, who heads the UN framework convention on climate change, touring Australia this week, urged the country to move away from heavily polluting coal production.

Under Tony Abbott’s leadership, Australia has been reluctant to engage in global climate change politics, unsuccessfully attempting to keep the issue off the agenda of the G20 leaders’ summit in Brisbane last year.

“The real agenda is concentrated political authority,” Newman wrote in an opinion piece published in the Australian newspaper. “Global warming is the hook. It’s about a new world order under the control of the UN..

“It is opposed to capitalism and freedom and has made environmental catastrophism a household topic to achieve its objective.”

Figueres used an address in Melbourne to urge Australia to move away from coal, the country’s second-largest export, as the world grapples with global warming.

“Economic diversification will be a challenge that Australia faces,” she said.

Abbott has described coal as “good for humanity” and the “foundation of prosperity” for the foreseeable future.

Figueres also urged Australia to play a leading role at the climate summit in Paris in December, a call unlikely to be heeded given Abbott’s track record.

At the Brisbane G20 meeting, he warned that the Paris summit would fail if world leaders decided to put cutting carbon emissions ahead of economic growth.

At home, Abbott, who in 2009 said the science behind climate change was “crap”, repealed a tax on carbon pricing and abolished the independent Climate Commission advisory body.