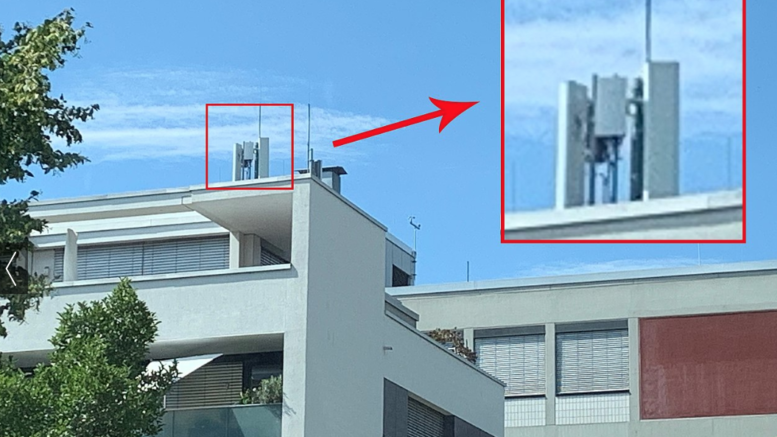 For consumers, 5G will quickly lose its luster but 5G was never about end-users in the first place. Its real value is to light up the Internet of Things (IoT) that will enable command-and-control over entire cities. ⁃ TN Editor

When Apple stock closed last year at an all time high after doubling from its January 2019 lows, there were many confused looks among the trader community: after all any attempts to justify the move through the company’s future earnings – which haven’t budged in the past year – would only provoke laughter.

Instead, there were two other explanations being suggested: the company’s record stock buybacks, which helped to drastically expand AAPL’s PE multiple, and the looming “paradigm shift” that is 5G and Apple’s launch of 5G-compatible phones.

Well, for those who bet the farm on the latter, there may be a slight problem, because while 5G has yet to be made available in most countries, one nation has already had a 5G offering for 8 months: South Korea, and early adopters here have been anything but excited about the “5G revolution.”

when 5G services were launched there in April, Jang Dong-gil was among the first wave of South Koreans to sign up. Now eight months in, Jang, a 30-year-old tech company worker, has a chilling review for the next-generation technology: 5G hasn’t lived up to the hype.

“I don’t feel the difference,” Jang, who has been using a 5G-enabled Samsung handset, told the WSJ. In fact, on many days he switches off his 5G service altogether because his connection often drops as his phone pingpongs between 5G and the existing 4G LTE network.

With the rest of the world eagerly awaiting its own 5G rollout, all eyes were on South Korea,  which for most of 2019 was home to the vast majority of the world’s 5G users, offering the broadest lessons in what the next-generation network has to offer. Yet where any hope that Apple’s will merely jump to a $2 billion (or higher) valuation could crash and burn is that although it is still early in the global rollout, 5G service in South Korea has proved more of a future promise than a technological breakthrough.

Of course, it’s not just phones: 5G launched during the past year promising to help power a future of autonomous “everything”: from cars, to virtual reality and telesurgery, thanks to its theoretical speeds of up to 100 times faster than today’s 4G networks. In fact, the next-generation network’s potential has been at the forefront of the technological war between the US and China, setting off a technological arms race – and associated trade war – between Beijing and Washington, which has pressured allies to avoid adopting equipment made by China’s Huawei over national-security and other concerns.

For better or worse, it is now seen – if only symbolically – that the company, and the nation, behind the infrastructure that allows global adoption of 5G will be the world’s next technological superpower. As such, many countries are scrambling to deploy the superfast network, hoping homegrown companies can enjoy an early advantage providing new, popular services like those from Uber, Instagram and Netflix that flourished during the 4G era. Currently, few, if any, 5G apps have emerged that would justify an upgrade by consumers.

I read that they said South Korea is the highest 5g users. I wonder is this has anything to do with it? https://www.upi.com/Top_News/World-News/2018/09/19/South-Korea-cancer-death-rates-reach-record-high/4431537370750/ When I was growing up I hardly knew of ANYONE dying from cancer, or anyone who had diabetes, and I’m almost 60.