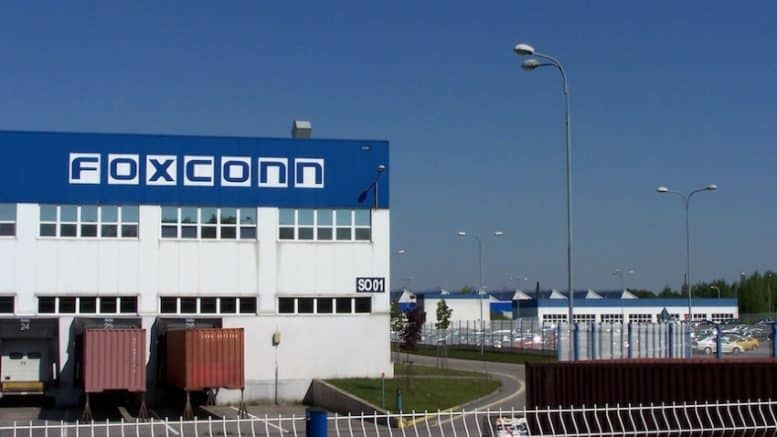 Please Share This Story!
PDF 📄
Orwell was a Neanderthal at surveillance compared to what Technocrats in China are currently implementing: brain-wave sensors that continuously monitor your emotions and state-of-mind. While offered as a ‘worker safety’ technique, there is no comfort to be taken from this draconian application to control human behavior. ⁃ TN Editor

On the surface, the production lines at Hangzhou Zhongheng Electric look like any other.

But there’s one big difference – the workers wear caps to monitor their brainwaves, data that management then uses to adjust the pace of production and redesign workflows, according to the company.

The company said it could increase the overall efficiency of the workers by manipulating the frequency and length of break times to reduce mental stress.

Hangzhou Zhongheng Electric is just one example of the large-scale application of brain surveillance devices to monitor people’s emotions and other mental activities in the workplace, according to scientists and companies involved in the government-backed projects.

Concealed in regular safety helmets or uniform hats, these lightweight, wireless sensors constantly monitor the wearer’s brainwaves and stream the data to computers that use artificial intelligence algorithms to detect emotional spikes such as depression, anxiety or rage.

The technology is in widespread use around the world but China has applied it on an unprecedented scale in factories, public transport, state-owned companies and the military to increase the competitiveness of its manufacturing industry and to maintain social stability.

It has also raised concerns about the need for regulation to prevent abuses in the workplace.

The technology is also in use at in Hangzhou at State Grid Zhejiang Electric Power, where it has boosted company profits by about 2 billion yuan (US$315 million) since it was rolled out in 2014, according to Cheng Jingzhou, an official overseeing the company’s emotional surveillance programme.

“There is no doubt about its effect,” Cheng said.

The company and its roughly 40,000 employees manage the power supply and distribution network to homes and businesses across the province, a task that Cheng said they were able to do to higher standards thanks to the surveillance technology.

But he refused to offer more details about the programme.

Zhao Binjian, a manger of Ningbo Shenyang Logistics, said the company was using the devices mainly to train new employees. The brain sensors were integrated in virtual reality headsets to simulate different scenarios in the work environment.

“It has significantly reduced the number of mistakes made by our workers,” Zhao said, because of “improved understanding” between the employees and company.

But he did not say why the technology was limited to trainees.

The company estimated the technology had helped it increase revenue by 140 million yuan in the past two years.

One of the main centres of the research in China is Neuro Cap, a central government-funded brain surveillance project at Ningbo University.

The programme has been implemented in more than a dozen factories and businesses.

Jin Jia, associate professor of brain science and cognitive psychology at Ningbo University’s business school, said a highly emotional employee in a key post could affect an entire production line, jeopardising his or her own safety as well as that of others.

“When the system issues a warning, the manager asks the worker to take a day off or move to a less critical post. Some jobs require high concentration. There is no room for a mistake,” she said.

Jin said workers initially reacted with fear and suspicion to the devices.

“They thought we could read their mind. This caused some discomfort and resistance in the beginning,” she said.

“After a while they got used to the device. It looked and felt just like a safety helmet. They wore it all day at work.”