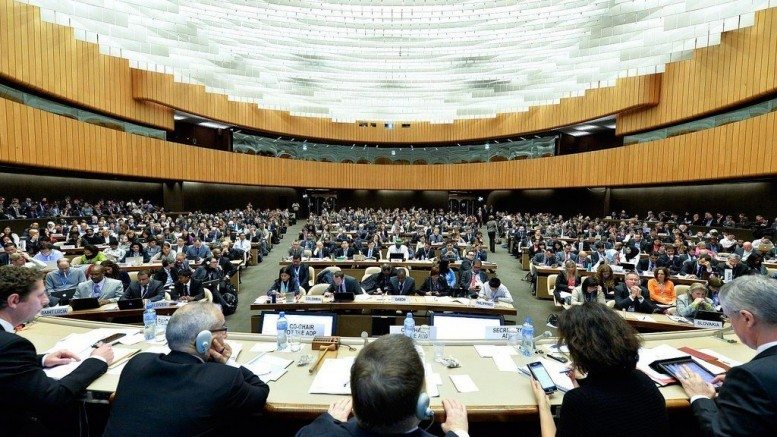 TN Note: Obama, et al, does not want a confrontation with Congress over a “treaty” which would certainly fail. His answer is to not call it a treaty and thus keep the whole deal away from Congress.

France has offered a key concession to the US on the eve of historic climate talks in Paris, saying a new global climate accord will not be called a “treaty” and might not contain legally binding emissions reduction targets.

In a significant climbdown, Laurent Fabius, French foreign minister, said signatories to the planned deal would still be legally required to meet many of its terms but most likely not the carbon-cutting goals underpinning the agreement.

Mr Fabius, who is to chair the UN climate conference, added: “Another question is whether the Paris accord as a whole will be called a treaty. If that’s the case, then it poses a big problem for President Barack Obama because a treaty has to pass through Congress.”

The comments are among the first by a senior official to signal a willingness to accommodate the world’s second largest carbon emitter to achieve a successful deal.

John Kerry, US secretary of state, warned in an FT interview this month that the Paris climate change summit could not deliver a treaty that legally requires countries to cut their emissions.

Paris plays host to the biggest UN talks on tackling global warming and curbing emissions since the ill-fated Copenhagen summit in 2009. Negotiators from nearly 200 countries will meet to try and strike the first accord to limit planet-warming greenhouse gas emissions since the Kyoto protocol in 1997.

Mr Kerry stressed that there were “not going to be legally binding reduction targets like Kyoto”, a reference to the 1997 Kyoto protocol, a UN climate treaty which had targets for cutting emissions that countries ratifying it were legally obliged to meet. The Kyoto protocol was not ratified by the

At the time, François Hollande, ​the French president, reacted angrily to Mr Kerry’s comments, saying making the accord legally binding was the whole point.

If it were not binding “there won’t be an agreement because that would mean it would be impossible to verify or control the undertakings that are made”, he said.

We really are living in dark times, I feel.