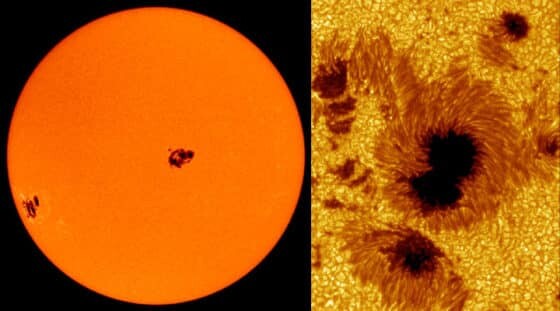 Please Share This Story!
PDF 📄
Any legitimate climate scientist knows that sunspot activity is the primary determinant affecting weather on earth. With sunspot activity dropping to a 200 year low in 2020, a mini ice-age is looming, and it will crush global warming hysteria. ⁃ TN Editor

As we move further into 2020, solar activity dwindles.  This year, solar activity will be marked as the lowest in over 200 years. The low in the sun’s 11-year cycle will also have at least some repercussions for the climate here on Earth.

On December 20, 2019, Iceland received one of the largest snow storms in its history. The so-called “10-year storm,” brought winds of 100 miles per hour (161 km/h), with one weather station reporting gusts of up to 149 mph (240 km/h), according to a report by Interesting Engineering.

Iceland’s, Europe’s and North America’s weather have historically been tied to the sunspot activity of the Sun. According to NASA, in 2020, the Sun, which is currently in solar cycle number 25, will reach its lowest activity in over 200 years. That means “space weather” will be favorable for exploration beyond Eart, yet it could also very well mean we should prepare for odd or different weather patterns.

The solar cycle is a periodic 11-year fluctuation in the Sun’s magnetic field, during which its North and South poles trade places. This has an enormous effect on the number and size of sunspots, the level of solar radiation, and the ejection of solar material comprised of flares and coronal loops. –Interesting Engineering.

When solar activity gets really low, it can have the effect of a “mini ice age.” The period between 1645 and 1715 was marked by a prolonged sunspot minimum, and this corresponded to a downturn in temperatures in Europe and North America. Named after astronomers Edward Maunder and his wife Annie Russell Maunder, this period became known as the Maunder Minimum. It is also known as “The Little Ice Age.”

Predictions for solar cycle #25 made by the National Oceanic and Atmospheric Administration’s (NOAA) Space Weather Prediction Center (SWPC), NASA and the International Solar Energy Society (ISES) anticipate a deep minimum and a maximum that will occur between the years 2023 and 2026. During that maximum, they predict the Sun will have between 95 and 130 sunspots.

I look forward to the new mini ice age, in the meantime ( times are getting meaner, so pun intended ) it’s getting hotter.