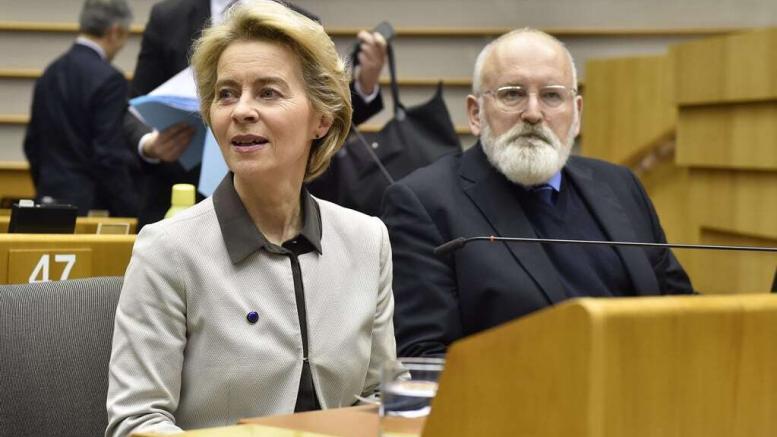 Please Share This Story!
PDF 📄
The war on CO2 in the name of global warming is the worst case of mass hysteria ever experienced on planet earth. The EU has declared that it will sink a cool one trillion euros into its member states to be ‘net-zero’ by 2050. ⁃ TN Editor

The European Commission will propose on Tuesday (14 January) how the EU can pay for shifting the region’s economy to net-zero CO2 emissions by 2050 while protecting coal-dependent regions from taking the brunt of changes aimed at fighting climate change.

The EU executive is to unveil details of its Sustainable Europe Investment Plan, aimed at mobilising investment of 1 trillion euros over 10 years, using public and private money to help finance its flagship project – the European Green Deal.

The “Green Deal” is an ambitious rethinking of Europe’s economy, transport and energy sectors aimed at turning the EU into a global leader on the clean technologies that will shape the coming decades.

Overall, the Commission estimates that an extra €260 billion in investments are needed per year to finance the switch to clean energy and reduced emissions.

But behind the sweeping rhetoric of the endeavour, that will be debated later today at a sitting of the European Parliament in Strasbourg, are a number of knotty problems that have to be worked out.

A main one is how to set coal-dependent EU regions – think Poland, the Czech Republic, or parts of Germany – on the path of renewable energy.

European Commission President Ursula von der Leyen has proposed a Just Transition Mechanism meant to bankroll the sort of deep changes needed, which would make available up to €100 billion a year. She also wants to review the EU’s strict state aid rules in order to seed investments into clean technologies.

According to early drafts, the Just Transition Mechanism will be composed of three pillars:

However, the extra €7.5 billion “fresh money” made available under the EU’s long-term budget (2021-2027) is considered insufficient by critics who argue much more cash is needed to finance the energy transition.

The Commission retorts that the fund will be augmented by money from the EU’s long-term budget, loans from the European Investment Bank and the InvestEU programme, using the principle of leveraging limited public funds to attract private cash by covering the riskiest parts of an investment.