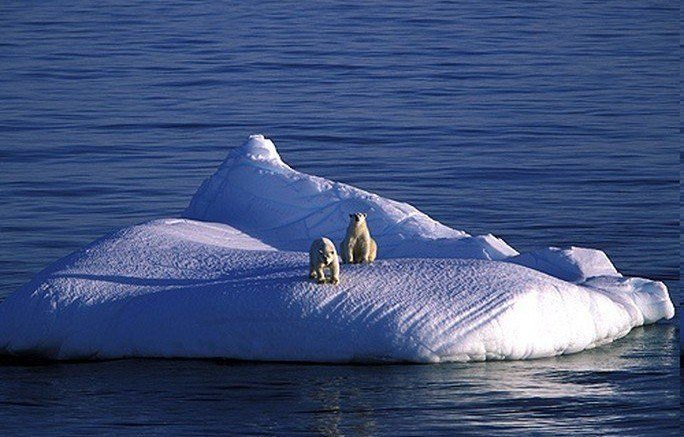 There is no shortage of polar bears, and polar ice is growing.

Please Share This Story!
PDF 📄
If you are not a climate/global warming alarmist, you probably don’t care about global warming that much, but that doesn’t dissuade the alarmists from piping down. In the meantime, the media is constantly pressured to stop publishing any dissent by ‘deniers’ because it blasts holes in their corrupted and faulty theories. ⁃ TN Editor

A bit ago, I wrote here that it is a huge advocacy mistake for global-warming alarmists to refuse debating their opponents. After all, if global catastrophe is really coming, one should accept any and every opportunity to persuade doubters.

Now, global-warming public intellectuals have warned the media that if they allow skeptics to have a voice in stories, they will boycott giving comment. From the open letter appearing in the Guardian:

Balance implies equal weight. But this then creates a false equivalence between an overwhelming scientific consensus and a lobby, heavily funded by vested interests, that exists simply to sow doubt to serve those interests. Yes, of course scientific consensus should be open to challenge — but with better science, not with spin and nonsense. We urgently need to move the debate on to how we address the causes and effects of dangerous climate change — because that’s where common sense demands our attention and efforts should be.

Fringe voices will protest about “free speech”. No one should prevent them from expressing their views, whether held cynically or misguidedly. However, no one is obliged to provide them with a platform, much less to appear alongside them to give the misleading impression that there is something substantive to debate.

This “We are too right to debate” variation is also folly. Pressuring media to only present the alarmists’ side of the case — which already happens much if not most of the time anyway — will not change minds. To the contrary, it will raise the acute suspicion that they are silencing dissenters because their their hypotheses are actually very debatable and they can’t stand the contest.