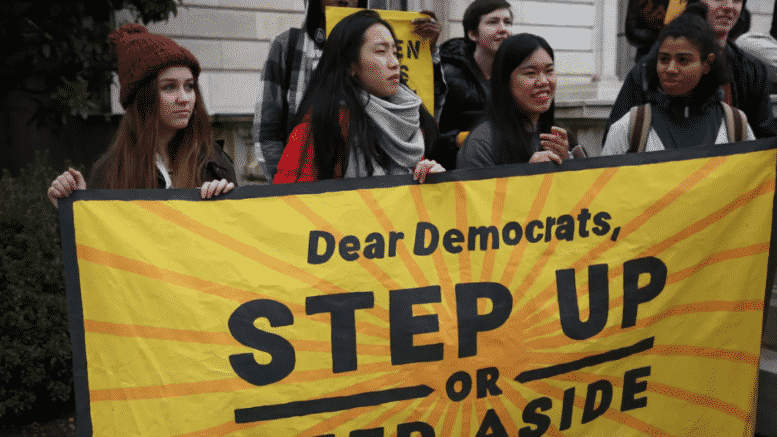 Please Share This Story!
PDF 📄
The ‘broad consensus among the international scientific community’ exist only in the mind of Green New Dealers. Alternative energy drives prices UP, not down and housing prices go up! This is the polar opposite of what they claim. ⁃ TN Editor

There is broad consensus among the international scientific community that the need to address climate change is dire. The United Nations has set an urgent deadline of 2030 to implement global emission policies, warning that a perilous rise in global temperature will occur if they are not met.

The advocacy group Greater Greater Washington and the D.C. Democratic Socialists of America organized a panel of academic and policy experts to identify how the District could meet these goals while also addressing its struggles with an affordable housing crisis and increasing inequality.

“Environmentalists know transportation is the elephant in the room,” Alex Baca, the housing program organizer for Greater Greater Washington, wrote in an article for Slate. “At first blush, the easiest way to attack that problem is to electrify everything, and that’s largely what the Green New Deal calls for.”

Baca, a panelist, doesn’t think technology can remedy the consequences of urban sprawl. The missing piece to the story, she argued, is housing policy.

Other concerns — like food and job security — are generally prioritized over the serious environmental impact of a long drive to work that might otherwise be viewed as only an inconvenience, according to Baca. But D.C., with the second-longest average commute in the U.S., is chock-full of carbon-emitting motorists.

“Land use is really hard to talk about, right?” Baca said. “Who is really talking about why the house they grew up in is where it is?”

The “smart-growth” perspective Baca endorses is founded on the premise that increasing density in urban areas will reduce transportation costs and create jobs close to where people live, thus reducing their carbon footprint.

But “densification” alone may not be enough.

According to panelist and University of Pennsylvania sociology professor Daniel Aldana Cohen, what the country needs is 10 million new, public, no-carbon homes in 10 years.

Instead, Cohen posited that the time and resources saved by reduced commutes will just go toward luxury plane flights, iPads, and other carbon-intensive goods and services. He argued that rather than solving the climate crisis or the affordable housing crisis, dense, wealthy, urban cores will further economic segregation, resulting in an “economic apartheid world.”

And this model won’t lower carbon emissions, he added. Where economic segregation exists, jobs have to be outsourced, and people will have to commute.

In reality, low-carbon neighborhoods “tend to be neighborhoods anchored by affordable housing,” Cohen said, “and, in this country, often with large populations of working-class people, multiracial neighborhoods, with high quality public services that have been built up over decades.”

The prospect of building 10 million homes that operate at net-zero carbon is technically feasible with current technology, David Epley, who manages the Green Building Division at D.C.’s Department of Consumer and Regulatory Affairs, confirmed in an interview. But there are other factors at play.

Even if the energy a finished building uses is carbon free or carbon-neutral, the energy and waste involved in producing construction materials such as cement and steel — called the embodied energy content — still leaves a substantial carbon footprint. Financing and workforce training are also still significant barriers to large green building projects, according to Epley.

Net-zero energy and net-zero carbon design and construction are “emerging work,” Epley said. “To be successful, it requires a paradigm shift in the way we finance, build, and operate our buildings.”