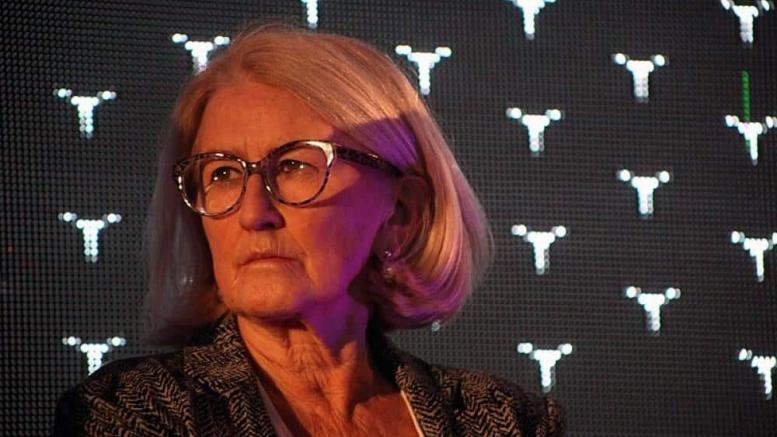 Please Share This Story!
PDF 📄
It is not the Green New Deal architects who are confused about the immediate future and its prognosis. Rather, the confused are those Americans who laugh and shrug it off as a radical pipe-dream. They will be sorry that they didn’t pay better attention. ⁃ TN Editor

Javier Moreno Zacares (JMZ): Somewhere in between left accelerationism and de-growth lies the idea of a ‘Green New Deal’ now being championed by social-democratic forces in different countries. Despite its different incarnations, what unites all these Green New Deals is the idea of rolling out large-scale public investment to engineer a transition toward a more environmentally-sustainable society.

This is the most likely strategy to be implemented, so let’s explore it in a bit more detail. Are the Green New Deal proposals being floated around any better than the alternatives put forward by growth-boosters, or do they fall into the same pitfalls?

Gareth Dale (GD): The Green New Deal proposal has transformed the landscape of debate around the question of climate breakdown and made a radical politics around climate much more real for many people. So we have to thank its early theorists, like the New Economics Foundation, Larry Elliot of The Guardian, Ann Pettifor, and many others. And then of course, the fact that it was taken up by Alexandria Ocasio-Cortez, easily one of the most inspiring politicians in the world, by the left of the Democratic Party, and now by Momentum and the Labour Party.

The Labour Party passed a motion on the Green New Deal at its last conference – a huge number of constituency Labour parties submitted proposals on this issue, more than for any other motion. It was backed by the trade unions, such as the fire brigade union and the communication workers union. It was a radical motion, targeting 2030 for net zero carbon, and arguing for climate refugees to be accepted as well; and for a soaking of the rich – for radical redistributive policies.

There was a commitment to nationalising the fossil fuel industries, which is not necessarily a solution (many of the big oil companies are nationalised), but a necessary step nonetheless. So, it was a very inspiring moment and gives us a glimpse of the kind of policies needed.

But the Green New Deal is a contested field. There’s a spectrum: from the far left, which see it as a way towards a socialist transformation of the world, through to people like Thomas Friedman, the rightwing New York Times columnist, who coined the term ‘Green New Deal’. And all points in between. This has been discussed by Thea Riofrancos in a piece for Viewpoint magazine, which is well worth reading, where she discusses the Green New Deal as a terrain of struggle.

Take the Labour Party motion as an example: it initially included a call for an end of airport expansion. This was not to shut down all airports (which I think is necessary, unless they are used for dirigibles for rather slower long-distance travel), but only to curtail expansion. Yet even thus was nixed by a couple of reactionary union leaderships (of the GMB and Unite). So there’s conflict there. Yet despite the loss of that aspect it was a very positive development and in a diluted form entered the Labour Party manifesto.

The implementation of any Green New Deal programme would meet robust resistance from business and would need huge support from grassroots movements, such as the school strikes, Extinction Rebellion, and others that will spring up. It is unlikely such a radical proposal would have been discussed at the Labour conference had it not been for social movements pushing from the outside. If global heating is going to be mitigated meaningfully under capitalism it’s going to require a lot more of those movements.

I’ve been circling around your question – are Green New Deal proposals any different to those put forward by green growth boosters? Yes there’s a clear overlap. Even the Labour party’s proposal tended to focus on growth, increase, investment, and not on shutting down coal production and oil production and so on. That’s an inevitable tendency considering the Green New Deal is being put forward by parties that appeal to voters, in a capitalist system where most of the world is owned by businesses and we depend upon businesses for our jobs.

So, it’s useful to think of the detailed consequences of some of these demands. Take for example high-speed rail. Broadly, it’s an attractive and rational proposal that should, I suppose, be rolled out around the world—do you think? But there might be a catch. If you connect up all cities over, say, the size of New Orleans, that’s 50 cities in the US, add up the links between them – whatever the map you use, the network topology, that’s a lot of track.

You’ll agree, I hope: the rest of the world deserves prosperity and capacities at the same level as the USA. So the Salvadorian would need to rapidly get to events in Manaus, and the Muscovite to Omsk and so on. Where are you going to extract all these materials?

This will be a colossal construction project, even on top of the other projects we’ve been discussing (passive houses and so on). Can we even do it without burning the planet to a crisp? Maybe, but you could reach a stage where so much cement has been manufactured and so much iron ore dug for all this construction that, say, the breakneck expansion of material throughput that we’ve recently seen in China appears a little burp of emissions by comparison.

To build the planned 100 miles expansion of new high-speed rail track in England, 20 million tonnes of concrete will be poured. To produce a tonne of concrete releases the same tonnage of CO2 under present technologies. Of course, these proposals need to be developed, but also consider the material details: the materials and energy required.

Similarly, we could carpet the world with wind farms, and we probably should, but bear in mind that although turbines are powered by thin air, they are not made of it, but of concrete, steel, copper, glass fibre, neodymium, etc. Much of this requires highly pollutive mining, with mines surrounded by toxic lakes and workers and neighbourhoods suffering and so on.

Of course, under capitalism, these expansive proposals are the ones that are going to filter to the top, because they can bring to agreement among radicals, unions and the businesses that will profit from them. And those who instead advocate shutting down the mines, decreasing consumption, and tackling the rich directly, will face the power of business.

There is, then, a dilemma. I accept that the overturning of capitalism is unlikely in the next thirty years, but that’s the same time we have for the world to act very rapidly – so that’s a conundrum. Capitalism is a system where competitive accumulation is threaded into inter-state competition, so that states want to foster rapid capitalist growth in their territories in order to outcompete the rest. Yet, these states are really the only powers capable of mobilising the resources and manpower necessary for mobilising a Green New Deal!

POWER THE WORLD WITH INEXPENSIVE, SAFE CLEAN ENERGY FOREVER & EVER ! END ALL “GREEN NEW DEALS” Time for The People to REVOLT- talk about removing politicians that are causing people to work themselves to death. And boycotts to end the careers of writers, lawyers & bureaucrats, anyone that promotes renewable energy & Carbon Taxes. NH uses about 10,000 MWhrs between 2:30 & 9:30 PM (March). NO one has shown how many wind/solar generators & batteries are needed & the cost to provide that electricity. There is enough Spent Nuclear Fuel, fuel that can still be mined and in the… Read more »