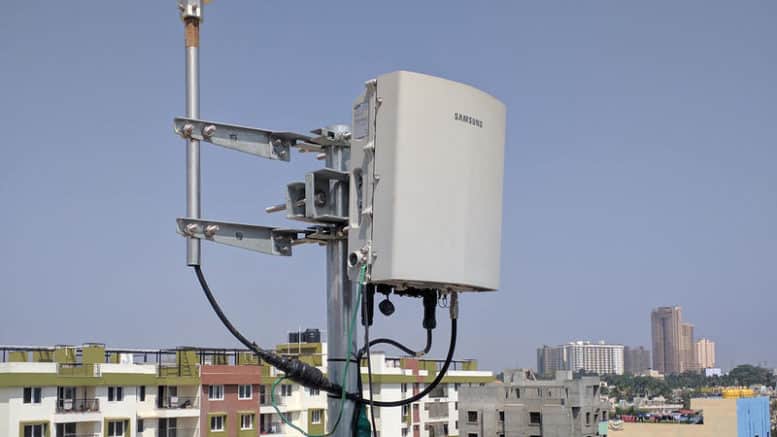 According to the telecom industry, 5G, the “5th Generation” wireless network, is required to give people the wireless freedom they crave and need. Described by HP as “blazingly fast,” 5G, which is 70 times faster than its predecessor, 4G, “will replace cable internet for good,” allowing you to download a two-hour high-definition movie in three seconds flat.1

5G is also being touted as necessary to enable the development and proliferation of self-driving cars and other future technologies. However, as noted in a May 2019 Forbes article,2 robocar designers are not, in fact, relying on 5G for their development, and the cars themselves do not actually need that kind of bandwidth to perform the required functions.

Not one one red cent spent on safety testing

While “blazingly fast” 5G might sound attractive to many who have grown up in the internet era, there are significant health and environmental concerns relating to 5G radiation that are not being properly addressed, which may have profound implications both in the short and long term.

If increased internet speed and reliability are the end goal, then fiber optic connections would be a far better (and safer) way forward. Indeed, we need more wired connections and fewer wireless ones as it is. With 5G, microwave radiation exposures will so massively increase, there’s no doubt in my mind that mankind will eventually end up regretting its shortsightedness.

Remember that no one has problems with the faster speeds of 5G, no one. What any serious student of health has concerns with is that the data are being distributed wirelessly, when in most cases the data could be distributed easier and less expensively over fiber optic cables.

No Safety Studies Have Been Done

Unlike the 4G technology currently in use, which relies on 90-foot cell towers with about a dozen antenna ports on each, the 5G system uses “small cell” facilities or bases, each with about 100 antenna ports.3

These cell bases will be mounted to already existing infrastructure such as utility poles. Ultimately, many if not most homeowners can expect to end up with a 5G cell base mounted right outside or very near their home.

As noted by a Federal Communications Commission representative during a February 6, 2019, senate commerce hearing (above), no 5G safety studies have been conducted or funded by the agency or the telecom industry, and none is planned.4,5

In short, there’s no telling exactly what might happen to our ecology and the people being exposed to this novel wireless technology 24/7, once it’s deployed. As noted by Dr. Cindy Russell,6 executive director of Physicians for Safe Technology, in her August 2018 paper in the journal Environmental Research:7

“Like other common toxic exposures, the effects of radiofrequency electromagnetic radiation (RF EMR) will be problematic if not impossible to sort out epidemiologically as there no longer remains an unexposed control group.

This is especially important considering these effects are likely magnified by synergistic toxic exposures and other common health risk behaviors. Effects can also be non-linear.

Because this is the first generation to have cradle-to-grave life span exposure to this level of man-made microwave (RF EMR) radiofrequencies, it will be years or decades before the true health consequences are known. Precaution in the roll out of this new technology is strongly indicated.”

Similarly, in an article8 on the Environmental Health Trust’s website, Ronald Powell, Ph.D., a retired Harvard scientist of applied physics, notes “there is NO SAFE WAY to implement 5G in our communities; rather, there are only ‘bad ways’ and ‘worse ways,’” and rather than argue about who should have control over its deployment, we should focus on preventing its employment altogether.

Indeed, mounting research9,10 suggest the proliferation of 5G for the sake of faster wireless internet could be a public health disaster, so if 5G does end up “replacing cable internet for good,” humanity may be in for a devastating shock in coming decades, if not sooner.

While it may take years to fully ascertain the full effects of 5G, there are early warning signs. People have reported mass die-offs of bees around 5G towers in California,11 for example, and residents in Gateshead in the U.K. started reported insomnia, chronic nosebleeds and stillbirths after the installation of streetlamps that emit 5G radiation in 2016.12

‘No Reason to Believe 5G Is Safe,’ Scientific American Says

In an October 17, 2019, article,13 Scientific American warns “We have no reason to believe 5G is safe,” and that “contrary to what some people say, there could be health risks.” The article, written by Joel M. Moskowitz, Ph.D., director for the Center for Family and Community Health in the School of Public Health at the University of California, Berkeley, notes:14

“The telecommunications industry and their experts have accused many scientists who have researched the effects of cell phone radiation of ‘fear mongering’ over the advent of wireless technology’s 5G.

Since much of our research is publicly-funded, we believe it is our ethical responsibility to inform the public about what the peer-reviewed scientific literature tells us about the health risks from wireless radiation.”

Moskowitz points out that the FCC has recently announced15 its intention to reaffirm and maintain current radio frequency radiation (RFR) exposure limits, which were originally adopted in the late 1990s. However, there are significant problems with this.

Current RFR limits are based on studies from the 1980s looking at the behavioral effects of microwave radiation on rats, “and were designed to protect us from short-term heating risks due to RFR exposure,” Moskowitz writes.16

These limits are already outdated for our current levels of exposure, so they’re surely bound to be completely inadequate for 5G. Since the 1980s, more than 500 studies17 have identified harmful health or biological effects at RFR intensities far below those needed to produce heating, yet the FCC is ignoring these clearly established facts. As noted by Moskowitz:18

“The FCC’s RFR exposure limits regulate the intensity of exposure, taking into account the frequency of the carrier waves, but ignore the signaling properties of the RFR. Along with the patterning and duration of exposures, certain characteristics of the signal (e.g., pulsing, polarization) increase the biologic and health impacts of the exposure.

New exposure limits are needed which account for these differential effects. Moreover, these limits should be based on a biological effect, not a change in a laboratory rat’s behavior.”

Who cares about health, national security and personal privacy considerations when 5G means you can download yet more peurile Hollywood trash even faster and be told by your fridge when you running out of milk? Jeez! Nothing to lose but your chains, folks.

Directed Energy Weaponry Attacks Upon Americans Are Part Of The Strategically Accelerated Takedown Of America, No Longer In The Planning Stage But In The Implementation Stage – Biz Patriot

[…] we’d also reported in that story, according to a November 18th of 2019 story over at Technocracy written by Joseph Mercola MD, “there is NO SAFE WAY to implement 5G in our communities; […]

Directed Energy Weaponry Attacks Upon Americans Are Part Of The Strategically Accelerated Takedown Of America, No Longer In The Planning Stage But In The Implementation Stage – altnews.org

[…] we’d also reported in that story, according to a November 18th of 2019 story over at Technocracy written by Joseph Mercola MD, “there is NO SAFE WAY to implement 5G in our communities; rather, […]