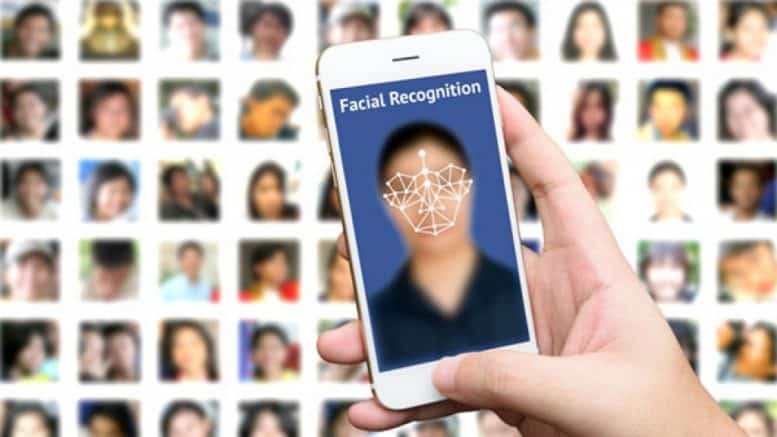 The line between government and private Intel is blurred to the extent that both are able to make blacklists of people that don’t fit their idea of good citizens. Technocrats are data hoarders who can never acquire enough data; they will harvest every piece of data that can be found, just because they can. ⁃ TN Editor

Facebook CEO, Mark Zuckerberg, appeared for a hearing with the House Energy and Commerce Committee at the Rayburn House Office Building on Wednesday April 11, 2018 in Washington, DC. He wasn’t pushed on surveillance companies operating on the platform. (Photo by Matt McClain/The Washington Post via Getty Images)

When Mark Zuckerberg appeared before the House Energy and Commerce Committee last week in the aftermath of the Cambridge Analytica revelations, he tried to describe the difference between “surveillance and what we do.” “The difference is extremely clear,” a nervous-looking Zuckerberg said. “On Facebook, you have control over your information… the information we collect you can choose to have us not collect.”

But not a single member of the committee pushed the billionaire CEO about surveillance companies who exploit the data on Facebook for profit. Forbes has uncovered one case that might shock them: over the last five years a secretive surveillance company founded by a former Israeli intelligence officer has been quietly building a massive facial recognition database consisting of faces acquired from the giant social network, YouTube and countless other websites. Privacy activists are suitably alarmed.

That database forms the core of a facial recognition service called Face-Int, now owned by Israeli vendor Verint after it snapped up the product’s creator, little-known surveillance company Terrogence, in 2017. Both Verint and Terrogence have long been vendors for the U.S. government, providing bleeding-edge spy tech to the NSA, the U.S. Navy and countless other intelligence and security agencies.

As described on the Terrogence website, the database consists of facial profiles of thousands of suspects “harvested from such online sources as YouTube, Facebook and open and closed forums all over the globe.” Those faces were extracted from as many as 35,000 videos and photos of terrorist training camps, motivational clips and terror attacks. That same marketing page was online in 2013, according to internet archive the Wayback Machine, indicating the product is at least five years old. The age of the product also suggests far more than 35,000 videos and photos have been raided by the Face-Int technology by now, though Terrogence co-founder and research lead Shai Arbel declined to comment for this article.

Raising the stakes of facial recognition

Though Terrogence is primarily focused on helping intelligence agencies and law enforcement fight terrorism online, LinkedIn profiles of current and former employees indicate it’s also involved in other, more political endeavours. One ex-staffer, in describing her role as a Terrogence analyst, said she’d “conducted public perception management operations on behalf of foreign and domestic governmental clients,” and used “open source intelligence practices and social media engineering methods to investigate political and social groups.” She was not reachable at the time of publication.

And now concerns have been raised over just how Terrogence has grabbed all those faces from Facebook and other online sources. What’s apparent, though, is that Terrogence is yet another company that’s been able to clandestinely take advantage of Facebook’s openness, on top of Cambridge Analytica, which acquired information on as many as 87 million users in 2014 from U.K.-based researcher Aleksandr Kogan to help target individuals during its work for the Donald Trump and Ted Cruz presidential campaigns.

“It raises the stakes of face recognition – it intensifies the potential negative consequences,” warned Jay Stanley, senior policy analyst at the American Civil Liberties Union (ACLU). “When you contemplate face recognition that’s everywhere, we have to think about what that’s going to mean for us. If private companies are scraping photos and combining them with personal info in order to make judgements about people – are you a terrorist, or how likely are you to be a shoplifter or anything in between – then it exposes everyone to the risk of being misidentified, or correctly identified and being misjudged.”

Jennifer Lynch, senior staff attorney at the Electronic Frontier Foundation, said that if the facial recognition database had been shared with the US government, it would threaten the free speech and privacy rights of social media users.

“Applying face recognition accurately to video is extremely challenging, and we know that face recognition performs poorly with people of color and especially with women and those with darker skin tones,” Lynch told Forbes. “Combining these two known problems with face recognition, there is a high chance this technology would regularly misidentify people as terrorists or criminals.

“This could impact the travel and civil rights of tens of thousands of law-abiding travelers who would then have to prove they are not the terrorist or criminal the system has identified them to be.”

It’s unclear just how the Face-Int product acquires faces, though it appears similar to a project run by the NSA, as revealed by whistleblower Edward Snowden in 2014, where the intelligence agency had gathered 55,000 “facial recognition quality images” from the web back by 2011. Co-founder Arbel, a former intelligence officer with the Israeli military, declined to respond to questions about how the tech works, though he described Face-Int as “amazing” in a text message and confirmed it continues to operate under Verint.