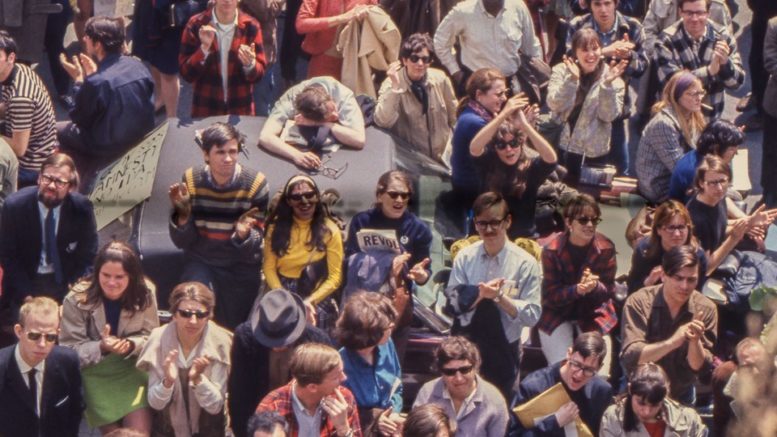 Please Share This Story!
PDF 📄
“The university has remained a training ground for the technocratic elite. Only, it now produces more Sarah Jeongs than it does Robert McNamaras—more tech-savvy identitarians than weapons-hurling establishmentarians. The substance has shifted; the forms and instrumental functions have not.” ⁃ TN Editor

Half a century since the mayhem of the Democratic National Convention; since barricades were raised and tires set aflame and paving stones hurled in the Latin Quarter of Paris; since the formation at the Sorbonne of the comité d’action pédérastique révolutionnaire and the only slightly more decent front homosexuel d’action révolutionnaire . . . since Bill Ayers abandoned early-childhood education for terror; since “the youth” took to throwing the epithet “fascist” at their elders, many of whom had fought the real thing; since Stokely Carmichael and Michael Harrington and Tom Hayden and Herbert Marcuse and Huey Newton rode high . . . Half a century later, the long drama of 1968 is finally drawing to a close.

The 68ers haven’t disappeared, of course. Medical advances in the West mean that plenty are still kicking. Some were only 12 years old when they first tore the stars and stripes in protest against America’s wars in Asia—too young to access matches but old enough to appreciate the potency of gesture politics.1 Others, like the Communist politician Angela Davis, have been embraced by a new generation of activists seeking to bathe hashtag politics in the old radical’s sepia-toned aura of danger.

Yet as future French President François Mitterrand told student leaders at the time: “Being young doesn’t last very long. You spend a lot more time being old.” Today, 68ers are law partners, columnists, marketing directors and financiers, state ministers, and so on. And they teach. Nearly a fifth of 1960s American radicals were toiling in academe decades after the fact, according to one 1989 study. Pensions, home care, and the disposition of estates loom large for these erstwhile street fighters.

More important, the cultural and political clock is ticking. Though they imagine themselves forever locked in combat with authority, the 68ers have, in fact, wielded authority over Western culture for half a century. In that time, everything from advertising to family and sexual life to school discipline to even Christian theology has reflected 68er impulses, which have hardened into institutional orthodoxies.

The orthodoxies were, paradoxically, anti-tradition and anti-authority. But in practice, the 68ers were far more ruthless than the supposedly “authoritarian” generations they overthrew. One need only look to the transformation of the university during their reign to see that they viewed academe not as a refuge from conformity, but as the space where they could most fully enforce their own brand of conformity. The 68ers knew how to discipline and punish: not with tear gas and the cane, but with the administrative hearing and the speech code.

Now barbarians amass at the ramparts of the empire and barge in with alarming frequency. Voters across the West demand civilizational barriers. Particularism is back. Among the religious faithful, denominations and orders that dedicated themselves to projects of liberation are decaying, while the traditionalist and orthodox flourish. Students raised in secular milieus are attending religious services at the behest of Jordan Peterson, a psychologist who fiercely rejects sexual liberationism and talks a lot about order. Populist politicians wave rosaries at rallies.

If the opposition were limited to ballot-box uprisings and the religious sphere, the 68ers could perhaps cope. They were always suspicious of democratic majorities and the Church (notwithstanding the entreaties of those many leftish priests and monks, who, at the height of 1968, founded utopian communes and drafted speeches for Fidel Castro). But the rebellion has extended to the 68ers’ own roost—on the left.

While the New New Left culturally appropriates the icons of the Old New Left for branding purposes, it is, in fact, deeply restrictionist, even puritanical. It, too, seeks to erect barriers in its way, especially in matters sexual. #MeToo, for example, is decidedly not a 68er movement. If the wildest 68ers hadn’t succumbed to the wages of their wildness, they would be brought up on #MeToo charges, convicted, and sentenced in the online court of New New Left opinion—all in a matter of hours.

Worst of all for a movement that was obsessed with “owning its own story,” the eclipse of the 68ers means that the generation no longer exercises full control over the narrative of “1968.” The drama is open to interpretation to a degree that was unimaginable in preceding decades. Half a century later, we can render a verdict on 1968 without some aging and cranky radical, now ensconced in the dean’s office or the C-suite, breathing down our necks.

Any such assessment must grapple, foremost, with the following question: How did a movement that declared war on liberal affluence and technocracy, things it identified with fascism and even Nazism, come to be so thoroughly coopted by technocracy and affluence? Put another way, what was behind the dialectic of self-negation that saw the 68ers go from throwing stones (or, at least, praising stone-throwers) to occupying the glass towers of the affluent society?

That such a dialectic is at work in the 1968 experience is beyond doubt. I have already mentioned the campus. After 1968, it became de rigueur in the soft disciplines to master certain catechetical formulas of the cultural left. The university adapted itself to the 68ers, and they in turn buffeted the university with their anti-authority authority and anti-dogmatic dogma. Through it all, the university has remained a training ground for the technocratic elite. Only, it now produces more Sarah Jeongs than it does Robert McNamaras—more tech-savvy identitarians than weapons-hurling establishmentarians. The substance has shifted; the forms and instrumental functions have not.

Other examples are legion. Take the cinema of Jean-Luc Godard, the Maoist filmmaker closely identified with 1968. Godard’s pioneering cut-and-paste techniques, mismatched music cues, and ironical subversion of Hollywood genre conventions were all meant to lay bare and ultimately dismantle the ideological structures supposedly undergirding cinema itself. Yet it was Hollywood, Silicon Valley, and Madison Avenue that had the last laugh. Today Godardian techniques and mashups are old hat in advertising and YouTube videos.

The most instructive case studies come from the lives of leading 68ers. It would have caused heads to explode among his peers in the German radical movements to learn that their comrade Joschka Fischer would eventually serve as their nation’s foreign minister in the late ’90s and early aughts. And more, that he would emerge as the pudgy, amiable face of a muscular liberal internationalism that championed the use of force to right humanitarian wrongs.

In 2001, Germans greeted these revelations about their foreign minister with remarkable calm and good humor. As Paul Berman notes in his 2005 book, Power and the Idealists, the exposure of the cop-beating photos didn’t force Fischer’s resignation. Rather, they impelled numerous respectable Germans to say, in effect: Who among us didn’t beat up police officers in those days? Fischer, then, represented a generational norm among the activists, not an aberration. Beat and nearly kill two working-class men in the name of the proletariat, then go on to success in government, media, and the learned professions.

The case of French student activist Daniel Cohn-Bendit was more shocking still. In the aftermath of May 1968, when he became the closest thing the global student movement had to a spokesman, “Danny the Red” resolved to remake Western education, starting with kindergarten. His big idea was to inoculate children against the habits of obedience and traditionalism, which were baked into Western family and sexual life and which he believed had created the conditions for Nazism and fascism in the first half of the 20th century.

By Cohn-Bendit’s own telling, anti-authoritarian education involved some unusual interactions between adults and kindergarteners. “It happened to me several times that certain kids opened my fly and began to stroke me,” he recounted in a memoir published in 1975 (some translations have this as “tickle me”). “I reacted differently according to circumstances, but their desire posed a problem to me. I asked them: ‘Why don’t you play together? Why have you chosen me, and not the other kids?’ But if they insisted, I caressed them even so.”

Or…something. After his colorful stint in early-childhood education, Cohn-Bendit shifted to the center, much as his friend and comrade Fischer had done. He went on to serve for a decade, from 2004 to 2014, as a member of the European Parliament. By then he was very much the conventional European green-liberal: for legalization of cannabis, for same-sex marriage, for “children’s rights” (caveat emptor), for ever-deeper European integration, and, of course, against “traditionalists.”

Somehow the forces of affluence and technocracy were able to turn most of these men and women—Fischer, Cohn-Bendit, and their comrades on both sides of the Atlantic—into spokesmen and operatives for a certain kind of, well, affluent technocracy. Neither Fischer’s radical cop-beatings nor Cohn-Bendit’s radical kiddie-play (whether it was real or a case of épater les bourgeois) was too much for the “system” to swallow.