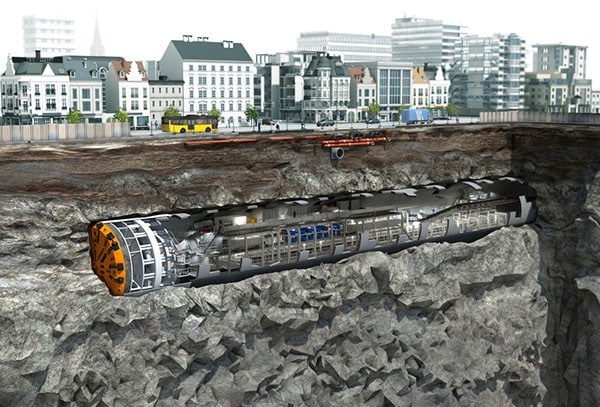 Elon Musk’s popularity and constant appearance in headlines across America is proof that America still loves Technocrats and Technocracy. Musk’s grandfather was the head of Canada’s Technocracy, Inc. during the 1930s and 1940s, when north America had over 500,000 dues-paying members. The hallmark of Technocracy has always been hype and Musk has certainly mastered that art. ⁃ TN Editor

When Elon Musk agreed this summer to build a futuristic tunnel to Chicago’s busiest airport on his own dime, many Chicagoans voiced doubt.

The idea sounded fanciful: Electric pods hurtling under the city at 150 miles per hour. And experts questioned whether Musk’s company could dig a 17-mile tunnel in a few years.

Then Mayor Rahm Emanuel, the tunnel’s main supporter, stunned Chicago this month by announcing that he would not run for a third term, casting more doubt over the project’s future. A few days later, Mr. Musk, the chief executive of the electric-car maker Tesla, came under scrutiny for apparently smoking marijuana during an interview. The episode followed a summer of turmoil that led to the resignation of the company’s chief accounting officer and raised questions over Mr. Musk’s emotional state.

Mr. Emanuel and Mr. Musk insist the project is moving forward and technically feasible, but some transportation experts say it is unlikely to happen, and if it does, will take longer than promised. Even if Mr. Musk’s engineers can dig a tunnel faster than other companies, his pod system, which the entire project is based on, is still a work in progress.

“There’s an air of unreality to the project,” said Joseph P. Schwieterman, a public policy professor at DePaul University in Chicago. “There are so many challenges that have to be overcome.”

A spokeswoman for Mr. Musk’s tunneling outfit, the Boring Company, declined to comment on the Chicago project or the doubts about its feasibility. But Mr. Emanuel says the project is “absolutely” still happening. He is betting that Mr. Musk, who has sent rockets into space, can pull off another marvel, this time underground.

“We’ll get all the pieces aligned so it’s on cruise control to keep going,” Mr. Emanuel said in a recent interview, noting that he had eight months left in office and that Mr. Musk is expected to start digging next year.

The goal is a 12-minute trip to O’Hare International Airport from downtown Chicago for $25 or less — an improvement over the current 40-minute “L” train trip. But the faster ride, in a transparent “electric skate” that would fit as many as 16 passengers, has not operated anywhere before.

Mr. Musk agreed to cover the $1 billion estimated price tag, though some have knocked the high price that riders would be charged, saying the line would cater to the wealthy.

Mr. Musk’s foray into tunnels is part of a flurry of proposals nationwide by private companies that sound more like something out of the animated television show “The Jetsons”: driverless cars, pilotless airplanes, flying taxis, magnetic levitation trains and electric scooters. As cities across the country are grappling with terrible traffic and wilting infrastructure, Silicon Valley has become enamored with fixing transportation.

“It is an amazing and dynamic time,” said Robert Puentes, the president of the Eno Center for Transportation in Washington. “The pace of change is more rapid than anything I’ve seen in my career.”

Still, the spate of new ideas has made it difficult to know what is doable and what is not, like a “traffic-straddling bus” in China that was mired in scandal.

“It’s very hard to sort out the reality from the hucksterism,” said Jon Orcutt, a director at Transit Center, a research group in New York.

At the same time, the astronomical cost of building rail lines in the United States has made it difficult for cities to embark on new projects. The Second Avenue subway, which opened in New York last year, cost $2.5 billion for each new mile of track — far higher than elsewhere in the world. Huge projects to move roadways underground in Boston and Seattle have been behind schedule and over budget.

For the Chicago tunnel, the list of challenges and unanswered questions is long, prompting the Better Government Association, a nonpartisan watchdog group, to sue the city for more information. A precise route has not been identified. It is unclear whether Mr. Musk’s company can dig faster than traditional methods and how much Chicago might earn from future profits if the tunnel is a success.