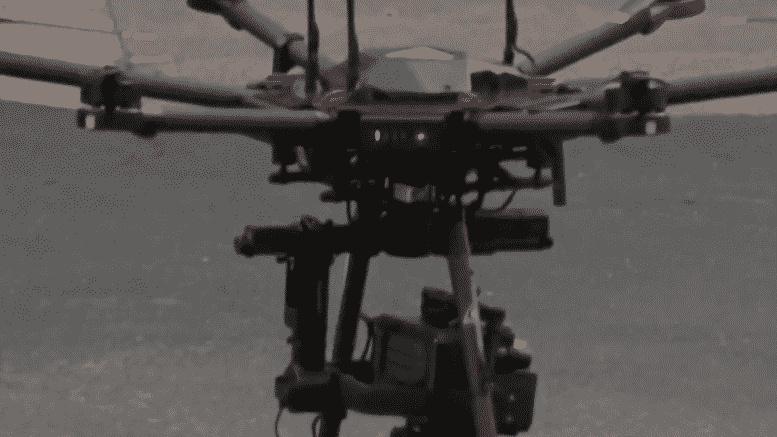 Please Share This Story!
PDF 📄
The Sacramento Housing and Redevelopment Agency is not a law enforcement agency, and yet it is spying on local citizens with a sophisticated drone. The City Council has the power to stop this cold in its tracks with a simple binding resolution, and citizens are bringing pressure. ⁃ TN Editor

Neighbors say they’re furious over a drone that’s flying over the neighborhood, and we’ve found out it’s tied to a government agency.

The mysterious drone has been spotted during late-night hours, hovering over residential neighborhoods and looking down on homes.

ohn Mattox first spotted the mysterious drone about a month ago.

“The drone would fly over here, come over my neighbor’s house, fly over our house right here,” he said. “You come home from work, it would be operating, go to bed it was still operating, and this would repeat day after day.”

His neighbors in Sacramento’s upper Land Park neighborhood wondered what it was doing.

“It just doesn’t feel good,” said Ben Allen. “It hovers around. You don’t know what they’re looking at and monitoring.”

This week, they learned it’s being flown by the Sacramento Housing and Redevelopment Agency. It manages two nearby housing communities, Alder Grove and Marina Vista. Those complexes have seen serious crimes, including a fatal shooting in January and a triple homicide in 2016.

“We initiated the drone program in order to enhance the safety and security of our residents,” said LaTanna Jones, SHRA’s assistant director.

She says the five-foot-long aircraft operates between 6 p.m. and 6 a.m. and has already spotted illegal dumping and trespassing. Pilots have established a protocol to protect privacy.

“The drones are programmed so that they do not catch any footage until they get to about 200 feet in the air,” Jones said.

The housing authority says the program is legal, but some neighbors have doubts, saying their privacy is being invaded and the technology doesn’t belong in a residential community.

“This is not an appropriate way to police the community,” Mattox said.

The drone is part of a 90-day pilot project that costs about $20,000. Opponents are asking the Sacramento City Council to step in and cancel the program.

Currently in Los Angeles also.
High altitude, Cessna shape but flys much slower and sounds like a blip motor.