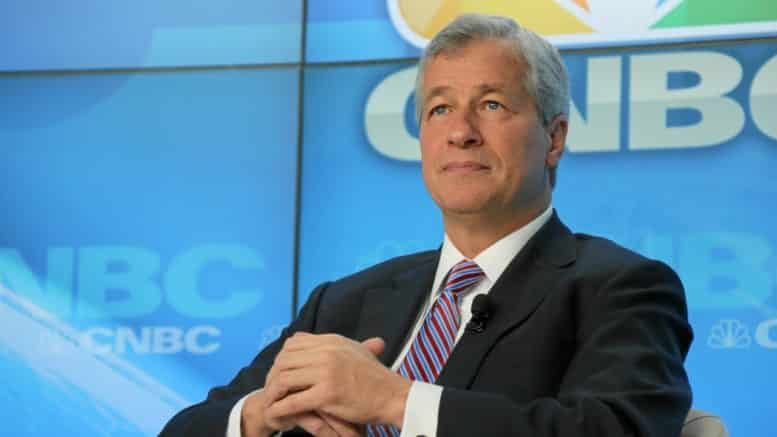 Jamie Dimon has never been shy about his envy for Silicon Valley.

The CEO of J.P. Morgan Chase frequently travels west to meet with venture capitalists and entrepreneurs, touts his bank’s hefty investments in technology and famously warned in 2015 that “Silicon Valley is coming,” thanks to “hundreds of startups with a lot of brains and money working on various alternatives to traditional banking.”

Dimon is now opening his wallet in the region like never before. Early next year, J.P. Morgan will start development of a “new fintech campus” for over 1,000 employees in Palo Alto, one of the most expensive commercial real estate markets in the country. Sandwiched between Facebook to the north and Google to the south, the building will be located at Stanford Research Park, a historic part of the tech industry that’s home to Hewlett-Packard and Tesla, and on a plot of land formerly occupied by Lockheed Martin.

For Dimon, who oversees the largest U.S. bank by assets, technology upgrades are critical to fending off competition from agile consumer-friendly upstarts who are winning with millennials and to addressing the constant and evolving risks associated with fraud and cybersecurity. Dimon said in his latest shareholder letter that the bank has almost 50,000 employees in technology and is pouring money into artificial intelligence and machine learning to reduce risk and improve underwriting, while also building up its cloud infrastructure. In August, J.P. Morgan jumped into the crowded market of online investing when it introduced a mobile and web service that includes free or discounted trades.

J.P. Morgan’s fintech office, scheduled to open in 2020, follows its acquisition last year of payments start-up WePay, a competitor to PayPal and Stripe in serving small businesses. WePay and its more than 275 employees will be moving to Palo Alto from the company’s office in nearby Redwood City.

‘Don’t let the big bank bog you down’

Tina Hsiao, WePay’s operating chief, said the plan for a new space has been on the books since the deal closed, along with Dimon’s commitment to double the size of WePay’s engineering team.

“This is him planting that flag,” Hsiao said in an interview. “The leaders have said: We’re not tourists, we’re here to stay.”

Dimon visited the current WePay headquarters in April and sat down for a fireside chat with co-founder and CEO Bill Clerico. After that session in front of the entire company, he met with the eight-person executive team. Hsiao said one of Dimon’s key messages to the group of start-up techies was that, while the company takes regulations, security and oversight very seriously, those things don’t have to be burdensome.

“He said don’t let the big bank bog you down, because that’s not the point,” said Hsiao. “He encouraged us to continue to push through and influence them.”