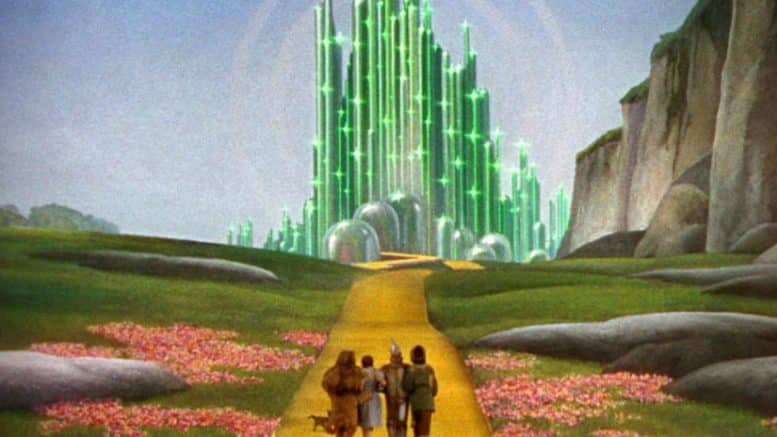 Please Share This Story!
PDF 📄
This seasoned journalist presents a clear case against Technocracy. My latest book, Technocracy: The Hard Road World Order, takes it all a step further by exposing many of the supporting roles seen to be achieving Technocracy in our modern world. ⁃ TN Editor

And then…the engineers begin to think about the implications.

Suppose the locomotive was society itself? Suppose society was the finished product? Couldn’t society be put together in a coordinated fashion? And couldn’t the “technology of organizing things” be utilized for the job?

But engineers could lay out and build a future society that would benefit all people. Hunger, disease, and poverty could be wiped out. Eliminating them would be part of the uncompromising blueprint.

The individual would be inserted into a pre-ordained slot. He would be “one of the components of the locomotive.” His life would be connected to other lives to produce an exemplary shape.

Among sincere technocrats, the overall vision superseded the glaring problems.

High-echelon Globalists saw technocracy as a system they could use to control the population. Control was their goal. Period. What happened to the individual in the process was of no concern to them. The individual had freedom or he didn’t have freedom, and the Globalists overtly intended to wipe out that freedom.

Erasing hunger, poverty, illness? Nonsense. For the Globalists, those realities would be exacerbated. Sick, weak, and debilitated people were easier to rule and control and manage.

Essentially, a vastly misguided vision of a future technocratic utopia was hijacked. Something bad was made much worse.

A locomotive is a society? No. That was the first fatally flawed idea. Everything that followed was increasingly psychotic.

Unfortunately, many people in our world believe in Globalism, if you could call a partial vague view a legitimate belief. They dreamily float on all the propaganda cover stories—greatest good for the greatest number of people; no more poverty; equality of sharing; reducing the carbon footprint; a green economy; “sustainable development”; international cooperation; engineering production and consumption of goods and services for the betterment of everyone; and all of this delivered from a central platform of altruistic guides.

If you track down the specifics that sit under these pronouncements, you discover a warped system of planning that delivers misery and de facto slavery to the global population.

All well and good but I think you make some assumptions that confuse the issue. You, “many people in our world believe in Globalism”. This is not exact. People believe in world peace through cooperation. Globalism is not defined. I believe in VOLUNTARY cooperation and VOLUNTARY technocracy. The problem is the use of force to make people ACCEPT a New World Order. This force has details like police state government, economics, and social conditioning. Secrecy is the primary enabler of evil. Using engineering principals to propose new ways to cooperate is good as long as it’s VOLUNTARY. Ending secrecy with… Read more »

Where on earth did you get the implication that Technocracy was or could be voluntary? Voluntarism is a Utopian dream that has never existed nor will it ever exist. The heart of man is essentially wicked at the core and will always attempt to lord it over other men, as in Technocracy.

Mr. Wood, I wanted to pass on a link to you about the Russian government announcing at the end of September of this year a plan to begin instituting a social credit score type system. I’ve been circulating this information to some alt sites such as the Corbett Report yet I haven’t noticed this being widely reported yet. Perhaps you and / or Jon Rappoport will consider notifying your readers. 80% of Russians Will Have State-Gathered ‘Digital Profiles’ by 2025 https://themoscowtimes.com/news/80-percent-russians-will-have-state-gathered-digital-profiles-by-2025-official-says-63027 I wish you a very good year ahead and many blessings to you and your family. Thank you for… Read more »

Thank YOU, Cindy, for watching for things like this and being our remote eyes and ears.