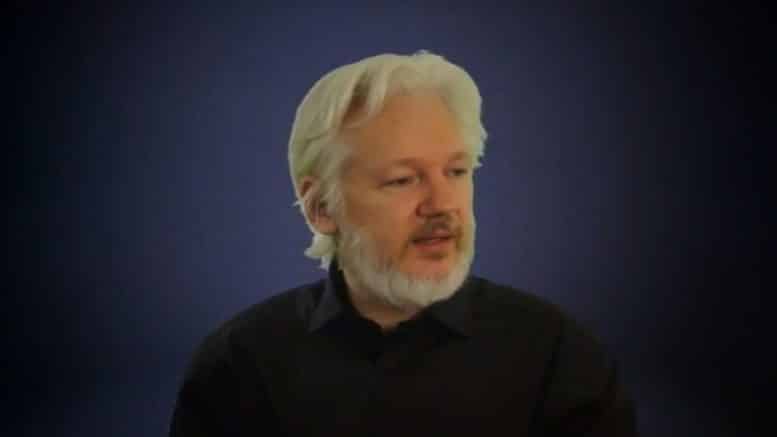 Julian Assange, the founder of Wikileaks in 2006, is an intellect and patriot along the order of Edward Snowden. What he calls the “open-cut harvesting the knowledge of humankind”, is leading toward an AI-based scientific dictatorship, or Technocracy. This is a must read article. ⁃ TN Editor
Before his links to the world were cut by his Ecuadorian hosts, WikiLeaks founder Julian Assange gave an interview on how technological advances are changing humankind. He said global surveillance will soon be totally unavoidable.

The interview was provided to RT by organizers of the World Ethical Data Forum in Barcelona. Assange, who is currently stranded in the Ecuadorian Embassy in London with no outside communication except with his legal team, has a pretty grim outlook on where humanity is going. He says it will soon be impossible for any human being to not be included in global databases collected by governments and state-like entities.

This generation being born now… is the last free generation. You are born and either immediately or within say a year you are known globally. Your identity in one form or another –coming as a result of your idiotic parents plastering your name and photos all over Facebook or as a result of insurance applications or passport applications– is known to all major world powers.

The capacity to collect and process information about people has been growing exponentially and will continue to grow fast, he stated. With advancements in applying Artificial Intelligence (AI) to big data, the next logical step is coming.

“Look at what Google and Baidu and Tencent and Amazon and Facebook are doing. They are basically open-cut harvesting the knowledge of humankind as we express it, when we communicate with each other… This classical model, which people in academia call ‘surveillance capitalism’… has changed now.

“It’s a really very important and severe economic change. Which is to take the surveillance capitalism model and transform it instead into a model that does not yet have a name, an ‘AI model’. Which is to use this vast reservoir to train Artificial Intelligences of different kinds. This would replace not only intermediary sectors –most things you do on the internet is in a sense more efficient intermediation– but to take over the transport sector, or create whole new sectors.”

Assange also predicted that the scale of hostile activities through cyberspace will see a breakout point as soon as AI is trained to sufficiently automate hacking attacks.

“There is no border [online]. It’s 220 milliseconds from New York to Nairobi. Why would there ever be peace in such a scenario?” he said. “[Entities online] are creating their own borders using cryptography. But the size of the attack surface for any decent-sized organization, the number of people, different types of software and hardware it has to pull inside itself means that it is very hard to establish.”