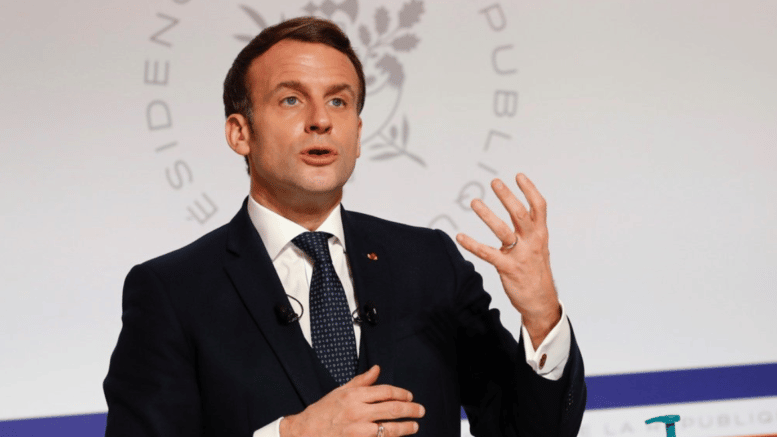 Please Share This Story!
PDF 📄
Sustainable Development, aka Technocracy, must destroy Capitalism and free market economics in order to control all production and consumption. Global hostility is rising with national leaders saying Capitalism ‘No longer works”. Fools who buy this tripe will soon learn what this means: “You will own nothing and be happy.” ⁃ TN Editor

The World Economic Forum’s ‘First Movers Coalition’ climate change agenda was “modelled” off the effort to roll out vaccines during the Chinese coronavirus crisis, John Kerry said at a COP27 panel in Egypt on Tuesday.

Appearing alongside WEF President Børge Brende and various corporate executives, US Special Presidential Envoy for Climate John Kerry said that it is urgent for the private sector to pair with governments to realise the goal of preventing the global temperature from rising and to save lives in the allegedly looming global climate crisis.

“We have an enormous challenge before us to bring to scale new technologies and to harness the deeply capable capacity of private sector entrepreneurs in order to bring them to the table because without it, no government has enough money… we need everybody behind this,” Kerry said in a speech before the panel.

“The idea behind the launch of the First Movers Coalition is pretty straightforward, we needed to create demand signals in the market where they didn’t exist, which takes boldness, it takes courage from these executives who have made the decision to be a part of this.

The First Movers Coalition was established ahead of last year’s COP26 climate summit in Glasgow in partnership between the U.S. State Department and Klaus Schwab’s World Economic Forum. The green project seeks to sign up private firms to commit to green agenda efforts to reduce carbon emissions.

“We modelled it somewhat on the experience on what happened with vaccines, the government said ‘we’ll pay for it, build it,’ and the same thing with SpaceX, if you build it we are going to use it and we’ll pay for it.

“People who were putting capital at risk knew that they could get a return on that capital or at least cover their expenses in the case of something like vaccines, where human life was so at risk. Well, human life is at risk now in the context of the challenges of the global climate crisis,” Kerry warned.

In contrast to Kerry’s dire warnings, climate-related deaths have been steadily declining over the past century as prosperity has seen billions of people become more insulated from the deadly impacts of weather events such as hurricanes and floods. Climate expert Bjorn Lomborg noted last year that nearly half a million people died from “storms, floods, droughts, wildfires and extreme temperatures,” a year a century ago while in 2020, just 14,000 died in similar events.

“That’s almost 99% less than the death toll a century ago,” Lomborg wrote. “The global population has quadrupled since then, so this is an even bigger drop than it looks.”

Nevertheless, Kerry said that the radical plans to transform the economy will go forward. When pressed on whether the mid-term elections would impact his agenda, Kerry said that even if Republicans are victorious on Tuesday, “President Biden is more determined than ever to continue what we are doing.”

“And most of what we are doing cannot be changed by anybody else who comes along… The marketplace has made its decision to do what we need to do to respond to the climate crisis.”

'The Great Reset' is upon us. French President Macron declared that in the wake of the Chinese coronavirus modern capitalism "can no longer work" at the Davos summit. https://t.co/VaxyGB2VJe

Miscellaneous stories of relevance to many nations, including micro-nukes without detectable radiation | vulture of critique