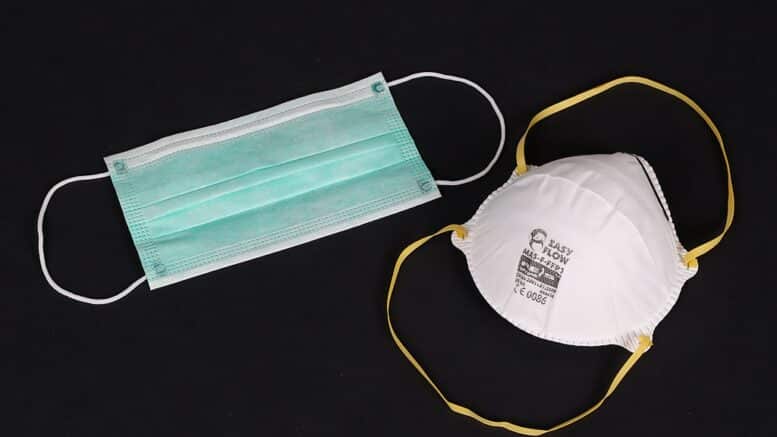 Please Share This Story!
PDF 📄
Lockdowns and mask mandates are social engineering tactics to prepare citizens for the Great Reset. In the eyes of Technocrats, you must obey their pseudo-science. The spread of COVID-19 is blamed on humans who refuse to obey, and therefore all must be further punished. ⁃ TN Editor

The first randomized controlled trial1,2 to assess the effectiveness of surgical face masks against SARS-CoV-2 infection specifically — which journals initially refused to publish — is finally seeing the light of day.

The so-called “Danmask-19 Trial,” published November 18, 2020, in the Annals of Internal Medicine,3 included 3,030 individuals assigned to wear a surgical face mask and 2,994 unmasked controls. Of them, 80.7% completed the study.

What the Danmask-19 Trial Found

The primary outcome was a positive PCR test, a positive antibody test result (IgM or IgG) during the study period, or a hospital-based diagnosis of COVID-19. Secondary end points included PCR evidence of infection with other respiratory viruses.

Based on the adherence scores reported, 46% of participants always wore the mask as recommended, 47% predominantly as recommended and 7% failed to follow recommendations. So, what did they find? As you might expect, there’s a reason why the researchers had such a hard time getting this study published:

All in all, this landmark COVID-19-specific study failed to deliver good news to those who insist face masks are a crucial component of the pandemic response. Masks may reduce your risk of SARS-CoV-2 infection by as much as 46%, or it may increase your risk by 23%. In other words, the preponderance of evidence still shows that masks have virtually no impact on viral transmission.

Another take-home point that you get from this study, which Del Bigtree points out in The Highwire video report above, is that the vast majority — 97.9% of those who didn’t wear masks, and 98.2% of those who did — remained infection free.

So, we are destroying economies and lives around the world, for what, exactly? To protect a small minority from getting a positive PCR test result which, as detailed in “Asymptomatic ‘Casedemic’ Is a Perpetuation of Needless Fear,” means little to nothing. As reported by the authors:4

“Although no statistically significant difference in SARS-CoV-2 incidence was observed, the 95% CIs are compatible with a possible 46% reduction to 23% increase in infection among mask wearers.

These findings do offer evidence about the degree of protection mask wearers can anticipate in a setting where others are not wearing masks and where other public health measures, including social distancing, are in effect …

Transmission of SARS-CoV-2 may take place through multiple routes. It has been argued that for the primary route of SARS-CoV-2 spread — that is, via droplets — face masks would be considered effective, whereas masks would not be effective against spread via aerosols, which might penetrate or circumnavigate a face mask. Thus, spread of SARS-CoV-2 via aerosols would at least partially explain the present findings …

Our results suggest that the recommendation to wear a surgical mask when outside the home among others did not reduce, at conventional levels of statistical significance, the incidence of SARS-CoV-2 infection in mask wearers in a setting where social distancing and other public health measures were in effect, mask recommendations were not among those measures, and community use of masks was uncommon.”

The researchers point out that results could potentially turn out differently if everyone were wearing a mask. At the time of the study, Danish authorities did not recommend universal mask use and most Danes did not wear them. Hence “participants’ exposure was overwhelmingly to persons not wearing masks.”

That possibility, however, is a big “if,” and not sufficient to mandate universal mask wearing. Any claim to such effect is nothing but a wholly unscientific guess. Despite that, many local leaders are now doubling down on mask mandates, some even requiring them to be worn inside your own home when anyone outside the family is present and even if physical distancing can be maintained.5

As an example of extremes, a June 2020 Harvard University paper6,7 even suggested couples should wear face masks during sex. Others are tripling down on masks, recommending you wear two or even three at the same time.8 Former Food and Drug Administration commissioner Dr. Scott Gottlieb is urging Americans to wear N95 surgical masks whenever possible.9

Missing entirely from most recommendations is common-sense health guidance known to improve your immune function and lower your infection risk naturally, such as supplementing with vitamin D, NAC, melatonin, quercetin and zinc.

As noted by Angela Rasmussen, a virologist and affiliate of the Georgetown Center for Global Health Science and Security, in a November 15, 2020, op-ed in The Guardian,10 our immune systems know how to handle the virus; it’s our politicians who have failed to cope with it. She writes:11

“Most of the evidence in both COVID-19 patients and animal models shows that the immune response to this is quite typical for an acute viral infection. Initially, the body ramps up high levels of IgG antibodies, but after the infection is cleared, those antibodies drop to a baseline level, which may be below the limit of detection of some serological tests.

Antibodies are produced by B-cells, a specialized type of immune cell that recognizes a specific antigen, or viral target. When an infection is cleared, B-cells producing antibodies convert from being plasma cells, which are specialized to pump out massive quantities of SARS-CoV-2-specific antibodies, to being memory B-cells.

These cells produce lower levels of IgG antibody; but, importantly they persist in the body for years. If they are re-exposed to SARS-CoV-2, they rapidly convert to plasma cells and begin producing high levels of antibody again.

There is no indication that most COVID-19 patients are not developing immune memory, and animals experimentally infected with SARS-CoV-2 are protected against rechallenge with high doses of virus …

Furthermore, antibodies are not the only important part of the immune system. T-cells are also a key component to the immune response. They come in two flavors: helper T-cells, which coordinate immune responses and facilitate immunological memory, and killer T-cells, which kill infected cells. Previous studies have shown that SARS-CoV-2 infection induces robust T-cell responses.”

As noted by Rasmussen, the data collected on the responses of T-cells to SARS-CoV-2 infection “underscore that SARS-CoV-2 is not an anomalous virus capable of miraculous feats of immune evasion.”

In the world to come, only experts (officially designated experts) are allowed opinions. The unwashed masses can only bow and obey, and are not allowed to comment or refute their masters.

How about performing tests on stored blood samples taken prior to the pandemic?

Governor Bullock’s mandatory mask wearing Directive, 11/1720, throughout Montana should be declared void. Government is not the solution to medical problems. Stand Up America!