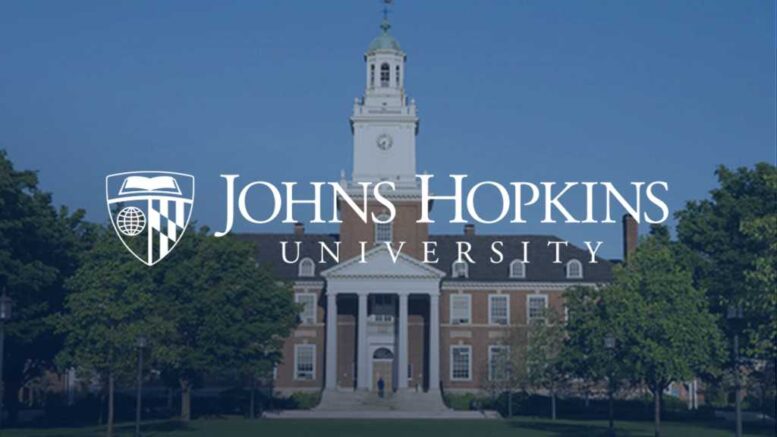 Please Share This Story!
PDF 📄
Johns Hopkins is caught with its censorship pants down when it summarily spiked a story covering research by its own Professor of Economics, Dr. Genevieve Briand. The author, Yanni Gu, was coerced into a rebuttal but is now not backing down from her original article.

Briand is fully qualified in economic theory to make statistical analysis of data on deaths in America. In fact, birth and death rates are foundational elements to economic forecasting. The medical establishment at Johns Hopkins simply did not like her obvious conclusions, and so they gaslighted the public by saying it was all a mistake but they certainly were not practicing censorship.

Conventional wisdom is that COVID-19 has caused thousands of deaths in the United States and nearly 1.5 million worldwide. This perception has been directly challenged by a study published by Johns Hopkins University on November 22.

Genevieve Briand, assistant program director of the Applied Economics master’s degree program at Johns Hopkins University, critically analyzed the impact that COVID-19 had on U.S. deaths. According to Briand, the impact of COVID-19 on deaths in the United States can be fully understood by comparing it to the number of total deaths in the country.

According to the study, “in contrast to most people’s assumptions, the number of deaths by COVID-19 is not alarming. In fact, it has relatively no effect on deaths in the United States.”

That’s what it says.  And, it should come as no surprise that the study was deleted within days.

Luckily, a back-up copy remains on The Wayback Machine, and we can still read the study.

Marvis Gutierrez and Ariella Shua, the managing editors of the JHU newsletter, assured Lead Stories that the article/study was not censored. “The article in question was retracted last night, as it was being used to spread misinformation about the pandemic. We have preserved the article as a PDF and posted an Editor’s Note: with full clarification about our decision, highlighting the inaccuracies of the study…We were not censored, but decided to retract the article based on the reasons outlined in the Editor’s Note.””

The author of the article on Briand’s study, Yanni Gu, responding to the article being pulled, posted the following on LinkedIn:

Today, on November 27th, The News-Letter officially posted their reason for retracting the article, stating inaccuracies in the analysis. I am frustrated at the explanation, and I think it is disrespectful to Dr. Briand’s hard work putting data together and doing an honest analysis. If her analysis was to be contradicted, then at least an equal-level analysis should be done to provide more data and thus a new conclusion. Dr. Briand and her work deserve such respect. I have received many messages asking the reason for taking the article down, and so I would like to officially express my opinions here. I even got emails saying that thanks to me, people now will not be wearing masks or practicing social distancing. They called me “a COVID denier and a minimizer” and that I have no idea the damage and the lives cost in me writing such an article. I was devastated to receive such accusations, but I stand my ground. The goal is never to undermine the effects of COVID-19 but to suggest a possible over-exaggeration in death numbers due to the pandemic.

Professor Briand also responded to the pulling of the article, saying “Their decision to retract the article was their own. Yanni Gu did an excellent at reporting the content of the presentation. The full presentation is available at: Covid-19 Deaths: A Look at U.S. Data – YouTube. I explain during the presentation where I found and downloaded the data from, so anyone can easily replicate my analysis.”

It’s all a gargantuan fraud: “The SARS-Cov-2 virus was never proved to exist” – https://blog.nomorefakenews.com/2020/12/01/the-sars-cov-2-virus-was-never-proved-to-exist/