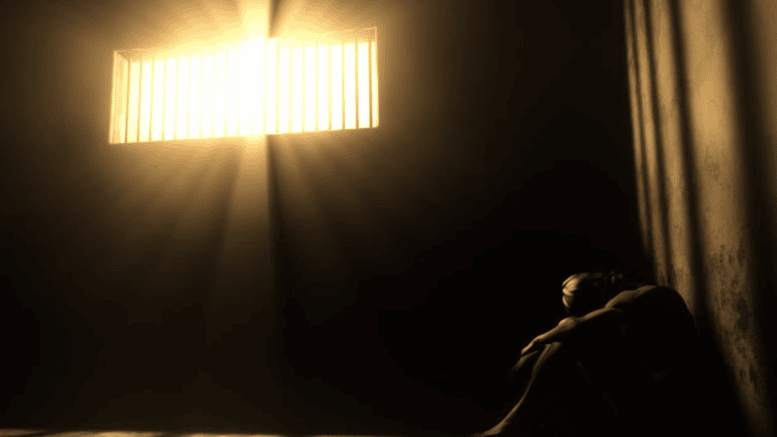 Posted By: Jeffrey A. Tucker via Brownstone Institute November 21, 2022

Please Share This Story!
PDF 📄
The Technocrat cabal are maneuvering to institutionalize lockdown as an effective tool of social engineering, bringing tyranny and totalitarianism to a new level. Those who fought (and won) against pandemic lockdowns have no cause to gloat or rest. Would-be global conquerers will send in waves of tyranny until there is no avenue of escape or winning left. Will you rise to the fore? ⁃ TN Editor

The lords of lockdown barely escaped their worst possible fate, namely that the topic would become the national and international source of scandal that it should be. And let’s add the vaccine mandates here too: even if such had been morally justified, which they were not, there is absolutely no practical reason for them at all.

To have imposed both of these within the course of one year – with zero evidence that they achieved anything for public health and vast amounts of unfolding evidence that they ruined life quality for countless millions – qualifies as a scandal for the ages. It was in the US but also in nearly every country in the world but a few.

Might that have huge political implications? One would suppose so. And yet today it appears that truth and justice are further off than ever. The most passionate of the anti-lockdown governors – those who never locked down or opened earlier than the rest of the country – won on their record. Most of the rest joined the entire political establishment in pretending that all of this is a non-issue. Tragically, this tactic seems to have worked better than it should have.

Meanwhile, a few points to consider:

The US government, through the Transportation Safety Administration, has signed yet another order extending the ban on unvaccinated international visitors until January 8, 2023. This means that no person who has managed to refuse the shot is allowed to come to the US for any reason. This is 30% of the world’s population, banned even to enter the US on their own dime. Something like this would have been inconceivably illiberal three years ago, and been a source of enormous controversy and outrage. Today, the extension hardly made the news.

The Biden administration has once again extended the Covid emergency declaration another 90 days, which continues to grant government vast powers without Congressional approval. Under a state of emergency, the Constitutional structure of the US is effectively suspended and the country remains on a wartime footing. This announcement was not controversial, and, like the above, it barely made the news.

Many colleges and universities, and also other schools and public agencies, continue to enforce the vaccine mandate even without any solid science behind the approval of the bivalent shots or any real rationale behind the push, given that most people have long ago been exposed and acquired natural immunity, and, moreover, it is very well established that the shots do not protect anyone from infection nor stop transmission. They just keep doing this anyway.

Masking is not in disrepute because we never really obtained anything like an honest admission of their failure to control the spread. Even today, there is a percentage of people out there permanently traumatized. On travels, I’m seeing perhaps 10-20% but in some Northeastern cities, regular wearing of masks is also very common. Once they became a symbol of political compliance and virtue, that sealed the deal and the culture was changed. Now we face the threat of mask mandates whenever government deems it necessary because the Transportation Safety Authority has been given the go-ahead by the courts.

The end of vaccine mandates in most areas of life, and hence also the drive for a passport to distinguish between clean and unclean people, is a good sign. But the infrastructure is still in place and becoming more sophisticated. It is hardly a final victory. It might only be a temporary respite, while all the ambitions are still extant.

More than that, the Biden administration (and all that it represents, including the World Economic Forum, the World Health Organization, and everything else called the establishment) has its own pandemic plans in place. The idea is not to dial back the mandates or cool it on them. It’s the reverse: centralize all pandemic planning to make a South Dakota, Georgia, and Florida experience impossible the next time. Also, spend tens of billions in more money.

The principle seems to have emerged among the agencies, intellectuals, and politicians who did this. Whatever you do, never admit to having made any major mistakes. And never connect the economic, cultural, health, and educational disasters all around us to anything the govenrment did in 2020 or 2021! That would be nothing but a conspiracy theory.

The pandemic racket is so huge at this point that it is even embroiled in the FTX meltdown over the weekend. Sam Bankman-Fried’s brother Gabe actually founded a nonprofit solely for the purpose of providing “support” for the $30 billion that the Biden administration has allocated to pandemic planning. The institution “Guarding Against Pandemics” is very obviously a honeypot for such funding, complete with on-the-record endorsements from many Democrat Party candidates who won election.

Meanwhile, yes, there have been many successful court challenges to many features of the pandemic response. But not enough. The main machinery that took away liberty and property in the name of virus control is still in place in all its essentials. The CDC to this day brags of its awesome quarantine powers that it can deploy any time government deems it necessary. Nothing about that has changed.

In the big picture and rendered in a philosophical sense, humanity seems to have lost its ability to learn from its own errors. Put in more gritty terms, too many people among ruling-class interests gained financially and in terms of the lust for power during the pandemic to prompt any serious rethinking and reform.

In any case, that rethinking and reform is now put off for another day. Anyone seriously concerned about the future of humanity and the civilizations it built must throw themselves into the long-term battle for truth and reason. That will require that we use every bit of what remains of free speech and what remains of the longing for integrity and accountability in public life. The group we have come to call “they” want a demoralized population and a silent public square.

We cannot allow that to happen.

You know what could prevent more lockdowns? Getting rid of the enablers on a local level. They are the biggest problem.

The theory of viruses dates back to 1858, 1953 and 1954. We must seriously start fighting for its dismantling!!! In the early months of 2020, Dr. Stefan Lanka, a German microbiologist and virologist, published an enlightening PDF document entitled The Misconception called “VIRUS”, which you can find at this link : https://davidicke.com/wp-content/uploads/2020/07/Paper-Virus-Lanka-002.pdf. Dr. Stefan Lanka, the German microbiologist who won the measles virus test in 2017, effectively making mandatory vaccinations imposed by governments around the world illegal. In the document, Lanka dismantles all the theories about viruses and bacteria, as well as the cell theory and the DNA theory, from… Read more »

[…] Read More: Lockdown Policies Are Alive And Well In The Globalist Assault Playbook […]

[…] Read More: Lockdown Policies Are Alive And Well In The Globalist Assault Playbook […]

Lockdown Policies Are Alive And Well In The Globalist Assault Playbook |

[…] Lockdown Policies Are Alive And Well In The Globalist Assault Playbook […]

sad little man, but he’s treated like a god | vulture of critique

[…] Lockdown Policies Are Alive And Well In The Globalist Assault Playbook […]

The only way this will stop is mass public resistance. Refuse to comply. Any of your friends or family who comply need to be bitchslapped.