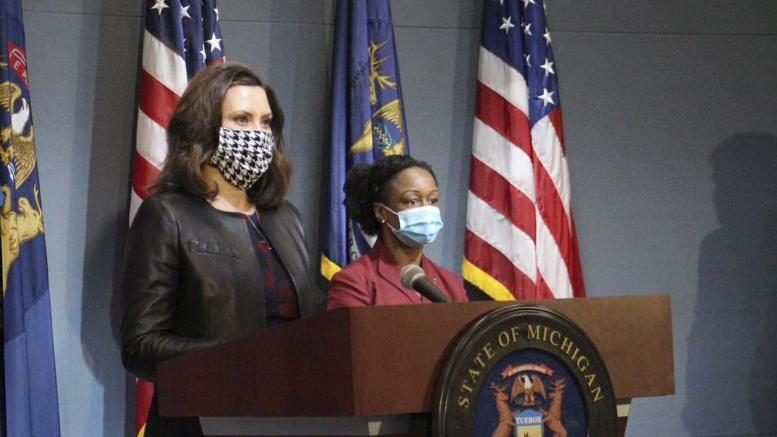 Please Share This Story!
PDF 📄
Clever Technocrats are manipulating politicians who are ignorant of the schemes of pseudo-science. Real science is being ignored, and masks pose a widespread health emergency of their own. ⁃ TN Editor

California, North Carolina and a string of U.S. cities mandated or urged mandatory mask use on Thursday to get a grip on spiraling coronavirus cases as at least six states set daily records.

Putting aside concerns about individual rights and political unpopularity, U.S. governors and mayors said they were turning to compulsory face coverings to stop the virus running out of control as economies reopened.

On a day when Florida posted 3,207 new cases, its second daily record in a week, Orange County Mayor Jerry Demings ordered obligatory mask use, telling residents of Orlando and other cities it would help them avoid a second shutdown.

California Governor Gavin Newsom ordered mask use in most places as the state for the second day in a row registered over 4,000 new cases.

“This piece of protection may even save your life,” North Carolina Democratic Governor Roy Cooper told reporters, adding that he was considering statewide obligatory mask use on a day when statewide COVID-19 hospitalizations set a new high.

A month after many governors reopened their economies, a growing number are adopting U.S. Centers for Disease Control and Prevention (CDC) guidance that masks are essential to prevent community spread.

Resistance to face masks took on a partisan edge after President Donald Trump opposed them, telling the Wall Street Journal in an interview published on Thursday that some people wear them to show opposition to him.

But with businesses ranging from Las Vegas casinos to hardware chains requiring their use, masks are becoming commonplace in the United States

Yes, This information HAS to reach a wider audience. I have relatives who refuse to look beyond the “conventional” information. I will continue to offer this excellent information to them for the expansion of their thinking.

Where are the Americans?? I don’t recognize my country anymore. Did the NWO folks put something in our water?? Something is not right!!!

From my understanding. Mask wearing will create more health problems than it solves. But you can’t tell most people that. I don’t wish I’ll health or hold ill will towards anyone. If or when people start experiencing respiratory problems or other “sudden” health issues. They can thank their masks. Masks are like most medications in a sense. They are used to combat one problem and usually lead to other maladies. The fear mongering, lockdowns and shutdowns over one virus is beyond comprehension on my part. Except to serve an agenda. Even the CDC and OSHA has stated that face masks… Read more »