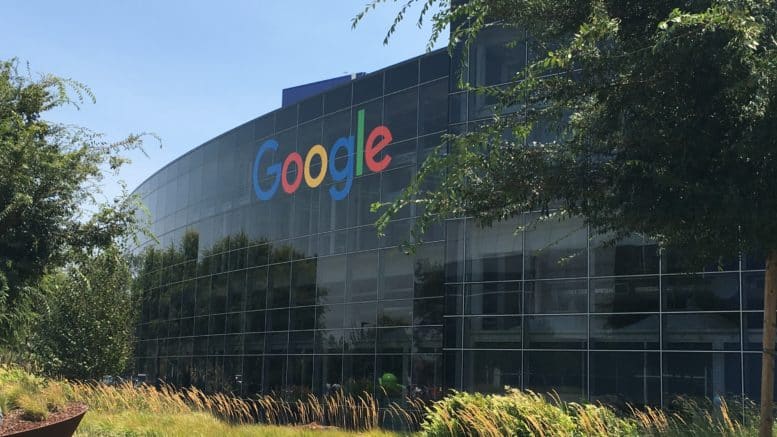 Google has now flatly stated its intent to influence and control public perception so as to manipulate and determine national political election outcomes. It does this by using AI algorithms to skew search results, presenting only their political views, and suppressing dissenting or alternative views.

However, this is not a free speech issue. Google is not a news organization. It does not hire journalists nor does it create original content. Rather, Google is an information utility that simply indexes existing and new journalistic content.

Google’s all-powerful and pervasive Internet crawler is able to discover virtually 100% of everything published in the world, on an hour-by-hour or minute-by-minute basis. In other words, Google knows everything there is to know. The question is, will it tell all that it knows or only part of it?

Google is very much a public utility that resembles a telephone company. When your local telephone company publishes a phone book, it simply indexes people by last name and puts their number next to it. It is easy for one person to find another and then pick up the phone and make a call.

What would happen if the phone company started making decisions about who could have a listing in their master directory? What if they simply dropped out people who were discovered to be Republicans or Democrats? What if they deleted people because they had a certain skin color? Or national origin? Or religion?

While on one hand, the phone company was willing to connect and charge for service in everybody’s home, those suppressed individuals would only be able to make outbound calls and they would seldom receive any inbound calls.

Would America ever tolerate this? Of course not. In fact, it would spark a national uproar of epic proportions.

So, can anyone explain why Google is getting a free pass on hiding the particulars of its indexing algorithms from public consumers of information?

It would be bad enough if Google simply dropped out certain pieces of information, but they have gone way beyond this by rearranging the results it chooses to release and presenting them in such a manner to show an alternate reality that purposely misleads the public.

This is what is called “weaponizing data” to actively and intentionally lead people to false conclusions in order to modify their behavior. To say this is wrong is an understatement. To say it is illegal is complicated, but it is certainly possible.

On August 1, 2018, the left-leaning journal called The Intercept originally broke the story that Google was creating a censored version of its search engine for China. The secret project was named Dragonfly.

The U.K. journalist, Ryan Gallagher, created an international uproar with the first report, but has since written 23 additional investigative articles that fully expose Google’s activities in China.

Documents seen by The Intercept, marked “Google confidential,” say that Google’s Chinese search app will automatically identify and filter websites blocked by the Great Firewall. When a person carries out a search, banned websites will be removed from the first page of results… The search app will also “blacklist sensitive queries” so that “no results will be shown” at all when people enter certain words or phrases, the documents state. The censorship will apply across the platform: Google’s image search, automatic spell check and suggested search features will incorporate the blacklists, meaning that they will not recommend people information or photographs the government has banned.

This is exactly what Google is now doing to the United States, except that it is acting on its own accord and not under the orders of a national government.

“The world is a very interconnected place. There are many, many benefits interacting, among other things, with China… I believed they would be better to stay in China, and help change China to be more open.”

Will The Intercept call out Google for doing to the U.S. what it intended to do for China? Will the American public be as outraged over domestic censorship as they were about the possibility of China’s censorship?

What does Google want to prevent from happening again? According to Gennai, it is “preventing the next Trump situation.”

Social justice warriors like Gennai have obviously discovered the power of Google’s Internet machine to practice social engineering according to their exclusive world view, while excluding all other views.

While some lawmakers are already investigating anti-trust measures against Google, they might be missing the more pertinent issue: Sedition.

According to one legal source,

Sedition is a serious felony punishable by fines and up to 20 years in prison and it refers to the act of inciting revolt or violence against a lawful authority with the goal of destroying or overthrowing it.

Whether they realize it or not, Google is deep into the process of meddling with the election process to create insurrection in order to cause the overthrow of our lawful national government established according to the U.S. Constitution. In short, it is the citizens of our nation who decide national, state and local leadership and not Google!

Not just Google, but its subsidiary YouTube, Facebook, and social media generally are employing algorithms and other dubious methods of limiting free speech in a way which severely impacts public discourse and, as a result, political outcomes. The problem is how to persuade governments of the need to curb the censorious excesses of these ever-more-powerful communications giants, whose global reach and freedom from regulation makes them even more desirable allies for the Establishment than even the traditional lickspittle mass media. It is going to be an uphill struggle, but one we must win – not simply to preserve freedom of… Read more »

Hi, shouldnt we also debate whether it is still a good idea to feed the moloch by employing tools like analytics on websites etc.? Dont want to be too heretic here, but just asking. Greetings.

Lol, using a phone book example? Anyone who compares a global digital platform to a phone book probably doesn’t get it 🙂

Dude. If you don’t understand the parallel then you don’t get it. 🙂

Did you know that virtually every county in the country has ceded control over its emergency civil communications to Facebook? There’s actually an umbrella organization of counties whose agenda, curiously, has included turning all emergency communications, nationwide, over to social media. Yes–really. Now imagine a politically-charged civil uprising. Facebook simply flips a switch (to quell “hate speech,” doncha know) and all emergency communications in rural and/or conservative communities go dark. All this has happened nearly completely under the radar screen, without public notice or comment.

–> Did you know that virtually every county in the country has ceded control over its emergency civil communications to Facebook?
Documentation, please.

Agree. Documentation is required for such a statement. Looking forward to your posting.

“…except that it is acting on its own accord and not under the orders of a national government.” I’m not so sure this statement is THE reality. Think about it. The black hand, unelected, de facto government will do everything/anything to rid itself of the Constitution and the Rights it provides to the US population. That means a work-around.