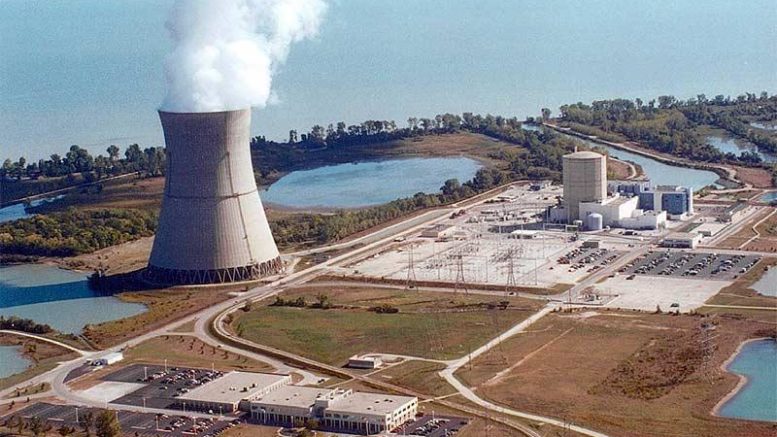 Please Share This Story!
PDF 📄
This only proves that renewable energy is not a fait accompli as Sustainable Development wonks suppose. The partial rejection of renewable energy favors nuclear power over wind and solar, but has pitted the oil and gas industry against nuclear.  ⁃ TN Editor

The Ohio House on Wednesday passed a bill 53-43 that would subsidize nuclear and coal plants while eliminating a green energy mandate that now pushes utilities to more renewable energy and efficiency resources.

The bill is expected to pass the Senate due to the support of Republicans and Gov. Mike DeWine, R, according to research firm ClearView Energy Partners VP Tim Fox, although state senators haven’t gone on the record to support nuclear subsidies. Ohio is expected to enact a nuclear assistance program before June 26, based on the deadlines FES has set to continue operation of its nuclear plants, Fox said in a note to clients.

While the House brought back some renewable provisions that had been stripped out in committee, advocates for renewable energy, natural gas and consumer rights bemoaned the passage of the bill, hailing it as a way to achieve President Donald Trump’s goal to subsidize coal plants.

By repealing the state’s broad renewable portfolio standard, the bill would eliminate a monthly surcharge of less than $5 from residential customers to help utilities obtain 12.5% of their power from renewable resources by 2027.

But while the bill eliminates the mandate, it contains other renewable provisions that helped garner support from 10 of 38 Democrats.

One amendment helped reduce permitting risk for the approval of small on-site industrial wind facilities, increasing the maximum from 5 MW to 20 MW for on-location self-generation wind-farms that could avoid Ohio Power Siting Board review. Another made room for five large-scale solar power projects to qualify for funding from the “clean air” program, after a House committee had stripped the bill of most of its renewable components.

But while some were glad to see at least some renewable provisions in the bill, oil and gas groups blasted the nuclear support provisions as unnecessary.