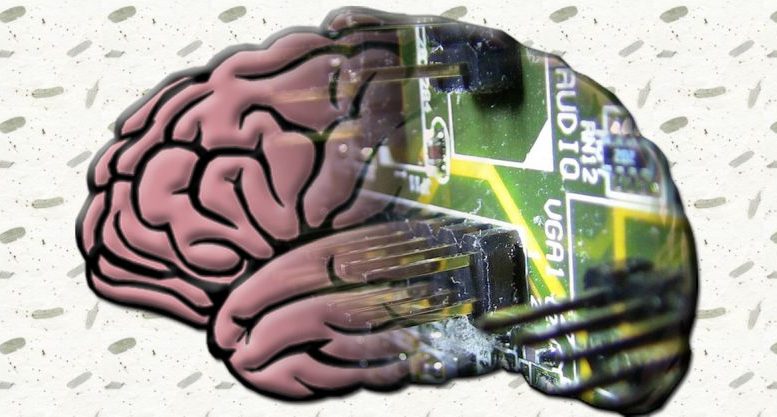 Please Share This Story!
PDF 📄
You cannot know what you do not know, and scientists cannot describe, much less explain, exactly what human consciousness or soul is, so how can they brag that they will create it in a computer algorithm? This is the height of arrogance with a strong desire to play God.

Both Technocracy and Transhumanism are based on Scientism, a religious belief that truth is the exclusive product of science, and that no truth can exist outside of scientific discovery. It pointedly excludes all other religious thought and especially Biblical Christianity. It is ironic that they want to imitate the powers of a God they disdain in the first place. ⁃ TN Editor

What makes us, us? How is it that we’re able to look at a tree and see beauty, hear a song and feel moved, or take comfort in the smell of rain or the taste of coffee? How do we know we still exist when we close our eyes and lie in silence? To date, science doesn’t have an answer to those questions.

In fact, it doesn’t even have a unified theory. And that’s because we can’t simulate consciousness. All we can do is try to reverse-engineer it by studying living beings. Artificial intelligence, coupled with quantum computing, could solve this problem and provide the breakthrough insight scientists need to unravel the mysteries of consciousness. But first we need to take the solution seriously.

There’s been a rash of recent articles written by experts claiming definitively that a machine will never have consciousness. This represents a healthy level of skepticism, which is necessary for science to thrive, but there isn’t a lot of room for absolutes when theoretical future-tech is involved.

An untold number of experts have weighed in on the idea of sentient machines – computers with the capacity to feel alive – and, for the most part, they all believe the idea of a living robot is science fiction, at least for now. And it is. But so too are the ideas of warp drives, teleportation, and time travel.

Yet, as you can see, each of these far-out ideas are not only plausible, but grounded in serious research:

We could be hundreds or thousands of years away from conscious AI, but that’s a drop in the ocean of time compared to “never.”

The prehistoric scientists working on the problem of replicating naturally occurring fire and harnessing it as an energy source may have been the brightest minds of their time, but their collective knowledge on thermodynamics would pale beside an average 5th grader’s today. Recent work in the fields of quantum computing and artificial intelligence may not show a direct path to machine consciousness, but theories that say it cannot happen are trying to prove a negative.

We cannot definitively say that intelligent extraterrestrial life does not exist simply because there’s evidence that life on Earth is a universal anomaly. And, equally so, we cannot logically say machines will never have consciousness simply because we haven’t figured out how to imbue them with it yet. Citing the difficulty of a problem isn’t evidence that it’s unsolvable.

Somehow, consciousness as we understand it manifested in the universe once. It seems arrogant to imagine we understand its limits and boundaries or that it cannot emerge as part of a quantum function in a machine system by the direction or invention of a human.

But, before we can even consider the problem of building machines that feel, we need to figure out what consciousness actually is.

Scientists tend to agree that consciousness is the feeling of being alive. While we can’t be sure, we like to think that animals are living and conscious, and plants are just living. We generally assume non-living things are not “conscious” or aware of their existence. But we don’t know.