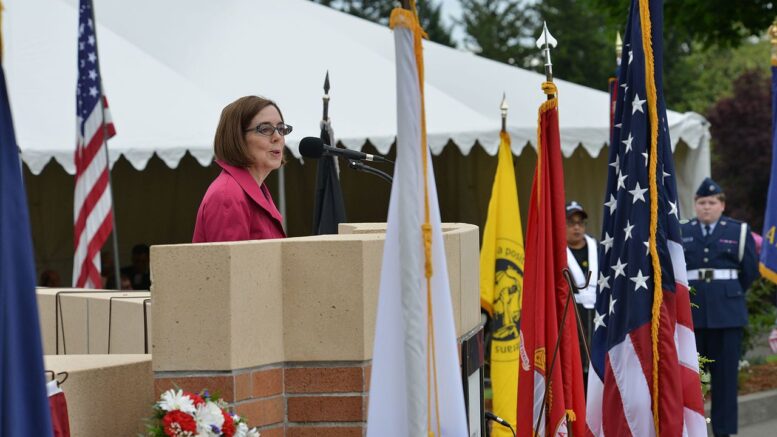 Please Share This Story!
PDF 📄
Pandemic alarmists have transferred one key meme from global warming: The virus contagion is your fault, so you are the one that must be punished with endless liberty-sapping restrictions. Thus, you don’t deserve Thanksgiving, Christmas or even church on Sundays.

Governor Kate Brown’s two-week lockdown, which could be extended with the stroke of her pen, calls for:

As coronavirus infections soar across Oregon, Gov. Kate Brown indicated Friday that she intends to take a much harder line to enforce her new “freeze” order that limits the size of social gatherings to no more than six people.

The governor warned that violations are misdemeanors punishable by citation or arrest, and Brown said she would work with state police and local law enforcement to encourage Oregonians to comply with her directive.

“For the last eight months I have been asking Oregonians to follow the letter and the spirit of the law and we have not chosen to engage law enforcement,” Brown said Friday. “At this point in time, unfortunately, we have no other option.”

The governor’s office cited emergency authority granted to her by Oregon law. Violators could face up to 30 days in jail, a fine of up to $1,250, or both.

That’s the same set of penalties the governor’s office described for her “stay home” order at the pandemic’s outset last March. Authorities said at the time that they intended to inform people about the laws rather issue punishments, and it’s not clear those penalties were ever applied.

The notion of citing or arresting people at their homes will become another flashpoint in the ongoing culture wars over how to limit the spread of the deadly disease. The governor’s freeze comes just ahead of Thanksgiving, as the state and nation are at a difficult moment with a presidential transition underway and infection rates soaring in Oregon and across the country.

“The Oregon State Police will be working with local law enforcement to enforce the Governor’s orders, in the same way local law enforcement officers respond to noise complaints for loud parties, for example, and issue citations,” Brown spokesman Charles Boyle said in an email Saturday. The state police said it wouldn’t have details on its enforcement plans before Monday.

The state is producing roughly 1,100 new COVID-19 infections a day, triple the number just three weeks ago. And the rate of positive coronavirus tests has soared from around 5% for several weeks in the summer to more than 13%.

Hospitalizations have soared, too, from around 120 in late October to 308 now. Medical facilities say their urgent care beds are nearly full, and some are postponing elective procedures to make room for a continued spike in cases. Health authorities say 759 Oregonians with COVID-19 have died since March, including 48 so far this month.

The governor’s two-week freeze order allows retailers and the vast majority of businesses to continue operating, but it does shutter gyms and dine-in service at restaurants and bars.

By 2024, the SARS-CoV-2 virus has mutated and the world is in its fourth pandemic year. In the United States, people infected with the virus are taken from their homes against their will and forced into quarantine camps, also known as “Q-Zones” or Concentration Camps, where some fight back against the brutal restrictions. In these camps, the infected are left to die or forcibly get better.

Worldbank predicts end of the covid show end of March, 2025.

I can’t even begin to say how sad this is…would I call it just plain stupidity, or truly evil? But…the bible tells us, that the world will get worse, and this is just a tiny bit of what’s coming…

[…]   From Technocracy.news:   Pandemic alarmists have transferred one key meme from global warming: The virus contagion is […]

It is clear…If you are found to be in violation of the whims of the gov’ner, you should be shot on sight and your body hung over your front door until the “pandemic” is over.