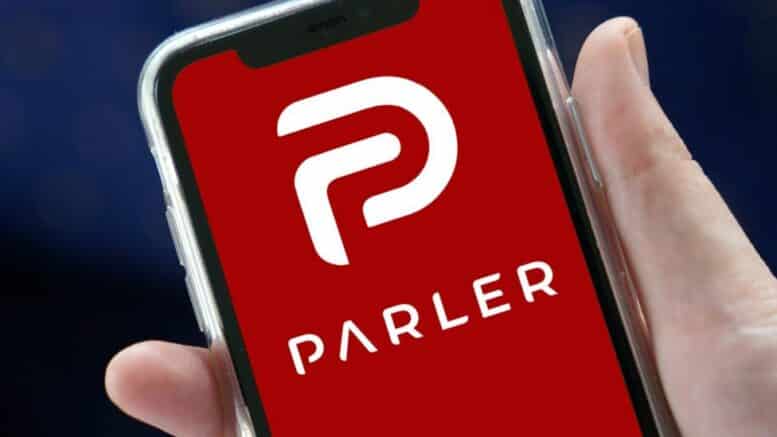 Please Share This Story!
PDF 📄
Big Tech has colluded to annihilate Twitter competitor Parler because it encroached into hallowed Technocrat ground. Google and Apple kicked the Parler App out of their respective App stores and Amazon severed server/data contracts. This all happened within days of each other. ⁃ TN Editor

A coalition of Amazon corporate employees have demanded that the Seattle-based megacorp kick Parler off the Amazon Web Services (AWS) platform unless ‘posts inciting violence’ are removed, which would force the Trump-friendly Twitter competitor to find another host.

According to CNBC, an employee advocacy group – Amazon Employees for Climate Justice – said in a Saturday tweet that AWS should “deny Parler services until it removes posts inciting violence, including at the Presidential inauguration.”

As Amazon workers, we demand Amazon deny Parler services until it removes posts inciting violence, including at the Presidential inauguration.

We cannot be complicit in more bloodshed and violent attacks on our democracy.

Pressure has been mounting for Amazon to stop hosting Parler on AWS after other tech giants took action against the social media app in the wake of the deadly U.S. Capitol riot earlier this week. Google on Friday removed Parler from its app store for Android users, Google Play Store. BuzzFeed News reported on Friday that Apple has threatened to pull Parler from its App Store.

Parler, which launched in 2018, has emerged as a popular platform for President Trump’s allies in the last year by billing itself as a free speech alternative to mainstream social media services like Twitter and Facebook. –CNBC

To justify censoring Parler, critics have pointed to posts calling for ‘firing squads’ – like one from attorney Lin Wood (who some say handed the Senate to the Democrats by openly calling for Georgians not to vote in the runoff election unless the GOP candidates backed Trump’s election fraud claims).

Don’r rely on the mafia. Don’t mess the mafia. They should have known.

The Presidential “selection” is a coup, but no one seems to mention that minor detail. All hands on deck to destroy Trump, the USA, and the world citizenry. The concerted effort used COVID as a psyop to create fear, and through fear, submission. Americans dropped their pants and bent over, hoping to survive the phony virus. Face diapers are a symbol to shut up, and that our words are **it. Only the annointed ones may speak now. We are silenced. They wanted us to wear masks so they can easily see how compliant the public is, and who isn’t. I… Read more »

Will
Reply to  Say the word COUP

Well said. Spot on. And I thought slavery was abolished. How wrong can I be?

The solution would appear to be, keep working and earning if possible . . . with a view to breaking free of their system before being subdued under it / by it.

Have a look at Planet Lockdown and it’s interview with Catherine Austin Fitts. She says it as it is and has it nailed big time. Not to be missed this one.

Say the word COUP
Reply to  Will

I believe the solution lies in organization. The left is quite organized and that gives them enormous power. Conservatives tend to be more individualistic and take a “live and let live” approach for the most part. They can pick us off one or many at a time because of our individualism. We’re not a raucous bunch in contrast to the lefties. As is obvious, our ability to organize was considered by the left, so they shut us down in advance, forcing people to believe that we must put everything online for our censors to scrutinize and squelch. Looks like we… Read more »