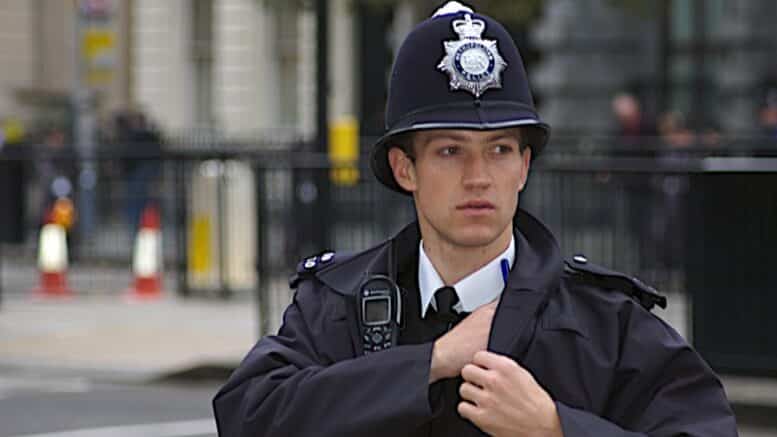 The mere talk of forcibly entering a citizen’s home without warrant or cause, is the hatch door to an outright tyrannical police state and England is leading the way. Technocrats demand obedience to the “science” that they and they alone claim to understand. Citizens are deemed ignorant and thus, must be forcibly corralled.  ⁃ TN Editor

A top police commissioner in England has called for the power for police to enter private homes without a warrant for suspected of breaches of the country’s coronavirus lockdown restrictions.

David Jamieson, the Labour Party police and crime commissioner for the West Midlands Police — the second-largest police force in the country behind London — said that officers should have the right to forcibly enter the homes of private citizens.

“For the small minority of people who refuse entry to police officers and obstruct their work, the power of entry would seem to be a useful tool,” Jamieson told The Guardian.

“I have raised this issue with the policing minister previously and clarity on the power of entry would help police officers enforce the new Covid regulations more easily,” he added.

While PCC Jamieson has come out in favour of a vast expansion of police powers to enter people’s homes for holding so-called illegal gatherings, the former Labour Party MP has opposed greater stop and search powers for police to combat the scourge of knife crime.

Presently, the police do not have the right to enter into people’s homes without a warrant or the occupant’s permission, except for emergency circumstances, such as situations in which police hear cries for help or to investigate a disturbance.

Police have been calling on the government to increase their ability to carry out invasive searches since the start of the lockdown regime, with the Police Federation of England and Wales first calling for the ability to enter homes without warrants in April.

Responding to the call from the police commissioner, Brexit leader Nigel Farage said: “Before Covid, an Englishman’s home was his castle. Not any longer! Our liberties are being destroyed.”

As England officially enters another national lockdown on Wednesday, police in London have also warned that people in the British capital are more likely to face fines for breaching the lockdown restrictions.

In a statement, the Metropolitan Police Service (MPS) said that officers have been told to “issue fines more quickly to anyone committing obvious, willful and serious breaches”.

The police force said that anyone who attends “parties, unlicensed music events or large illegal gatherings” will be subject to fines from the police, rather than just those who organise the events, as was previously the case.

“Similarly, those not wearing masks where they should be and without good reason can expect to be fined — not reasoned with,” the statement added.

The MPS continued to warn that with the reduction of “reasonable excuses” for people to leave their homes, Londoners should expect officers to “be more inquisitive as to why they see them out and about”.

We dont need Fascist POOlice, in ANY country…
And we dont need lying so called bribed and blackmailed Health Experts or crooked organizatons like Gates’ WHO telling us how we have to have our looked after by taking poisons and DNA changing Bio Jabs, just to fulfil thier wet dream of Eugenic world population Cull.

Arrest the not-mask-wearers!
Arrest the less-then-six feet pedestians.
Arrest the party-goers.
Arrest the cozy family reunions of “more-then-six”.
The British police love that kind of razzias, it means pure power over subjects, I think?

IMO, in the meantime “petty crime” like the drugtrades, burgling, homocides will be flourishing now their police is quite busy with crimestopping the real thing.

Sounds like the old caste system of the UK is still alive, well and operating at full capacity. Real criminal acts no longer provide enough stimuli for the officials–not surprising when they ARE the criminals. Religion was the historical trigger of old. Now it’s C-19. No matter what label one gives the actions of the UK the country continues to practice arresting, incarcerating, torturing and murdering its own citizens, just as the Romans, followed by the monarchy have always done–NO CHANGE. Any country connected to the UK and the queen (little ‘q’) is operating in the same manner–Australia, Canada, et… Read more »