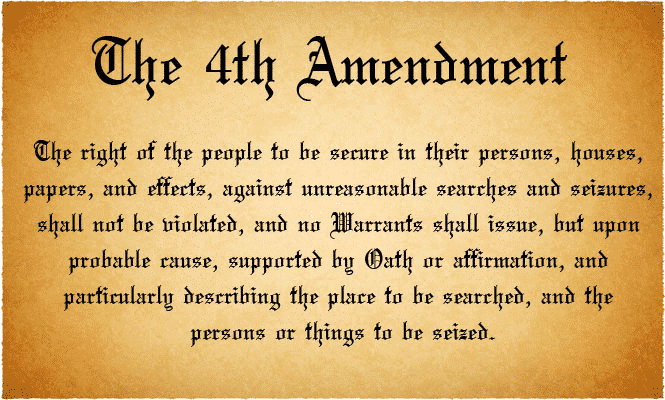 Please Share This Story!
PDF 📄
If you are ever stopped and demanded to turn over your phone’s password, do not comply. Tell the officer that he must get a legitimate court-issued warrant, and then you will comply. Always be polite, but firm. but be ready to pay the price of non-compliance.

Fourth Amendment: “The right of the people to be secure in their persons, houses, papers, and effects, against unreasonable searches and seizures, shall not be violated, and no Warrants shall issue, but upon probable cause, supported by Oath or affirmation, and particularly describing the place to be searched, and the persons or things to be seized.” ⁃ TN Editor

William Montanez is used to getting stopped by the police in Tampa, Florida, for small-time traffic and marijuana violations; it’s happened more than a dozen times. When they pulled him over last June, he didn’t try to hide his pot, telling officers, “Yeah, I smoke it, there’s a joint in the center console, you gonna arrest me for that?”

They did arrest him, not only for the marijuana but also for two small bottles they believed contained THC oil — a felony — and for having a firearm while committing that felony (they found a handgun in the glove box).

Then things got testy.

As they confiscated his two iPhones, a text message popped up on the locked screen of one of them: “OMG, did they find it?”

The officers demanded his passcodes, warning him they’d get warrants to search the cellphones. Montanez suspected that police were trying to fish for evidence of illegal activity. He also didn’t want them seeing more personal things, including intimate pictures of his girlfriend.

So he refused, and was locked up on the drug and firearms charges.

Five days later, after Montanez was bailed out of jail, a deputy from the Hillsborough County Sheriff’s Office tracked him down, handed him the warrants and demanded the phone passcodes. Again, Montanez refused. Prosecutors went to a judge, who ordered him locked up again for contempt of court.

“I felt like they were violating me. They can’t do that,” Montanez, 25, recalled recently. “F— y’all. I ain’t done nothing wrong. They wanted to get in the phone for what?”

He paid a steep price, spending 44 days behind bars before the THC and gun charges were dropped, the contempt order got tossed and he pleaded guilty to a misdemeanor pot charge. And yet he regrets nothing, because he now sees his defiance as taking a stand against the abuse of his rights.

“The world should know that what they’re doing out here is crazy,” Montanez said. The police never got into his phones.

While few would choose jail, Montanez’s decision reflects a growing resistance to law enforcement’s power to peer into Americans’ digital lives. The main portals into that activity are cellphones, which are protected from prying eyes by encryption, with passcodes the only way in.

“It’s becoming harder to escape the reach of police using technology that didn’t exist before,” said Riana Pfefferkorn, the associate director of surveillance and cybersecurity at the Center for Internet and Society at Stanford Law School. “And now we are in the position of trying to walk that back and stem the tide.”

Why all the focus on the 4th amendment? This is a 5th amendment issue.