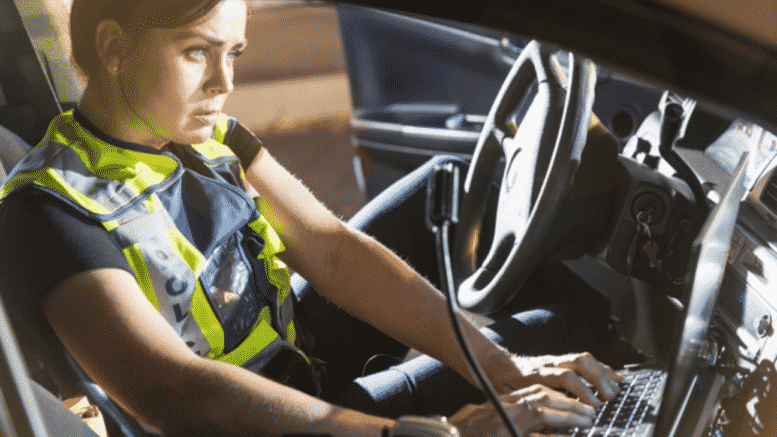 Please Share This Story!
PDF 📄
Technocrats seek to surveil everyone, everywhere and at all times. Local law enforcement agencies have proven to be easy sales targets for surveillance companies because of weak supervision from city leadership. ⁃ TN Editor

Five years ago, law enforcement asked Genetec, a company closely associated with Homeland Security, to help them develop a public surveillance program which can monitor anyone at the touch of a button.

As Wired.com warned Genetec’s “Citigraf” allows police departments to use a combination of surveillance devices to monitor the public 24/7.

“To get a clear picture of an emergency in progress, officers often had to bushwhack through dozens of byzantine databases and feeds from far-flung sensors, including gunshot detectors, license plate readers, and public and private security cameras.”

At the click of the “INVESTIGATE” button, Citigraf gives law enforcement the ability to go through a city’s historical police records and live sensor feeds, looking for patterns and connections of a person.

“Once a police officer clicks on INVESTIGATE a long list of possible leads appeared onscreen, including a lineup of individuals previously arrested in the neighborhood for violent crimes, the home addresses of parolees living nearby, a catalog of similar recent 911 calls, photographs and license plate numbers of vehicles that had been detected speeding away from the scene, and video feeds from any cameras that might have picked up evidence of the crime itself, including those mounted on passing buses and trains.”

This is an incredible admission and one that I have been warning people about for years. All those DHS surveillance cameras being installed on public transit are actually connected to a much larger police surveillance network. (To see how police departments use Genetec to surveil 911 calls click here.)

Genetec admits police departments love Citigraf because it gives them access to a wide-range of surveillance devices.

“Public safety is enhanced when city departments work together with the same information. This is why cities of all sizes have started building Strategic Decision Support Centers (SDSCs) using Citigraf. The decision support system consolidates data from a multitude of sensors and provides a dynamic, unified view to all dispatchers and responders so they can take insight-driven decisions during a mission.”

Is law enforcement on a mission to surveil everyone? Genetec’s SDSCs will turn every police officer into a public surveillance operative.

“SDSC is a crime-fighting nerve center that facilitates decision making through increased intelligence and better understanding. Built using dedicated hardware and software solutions, they are housed in local police departments of big and small cities.”

Can police use SDCSs to monitor everyone, even school kids?

Sadly, the answer is yes.

The Putnam City School District in Oklahoma uses SDSCs to monitor and surveil every school kid 24/7.

“For officers, sharing evidence with the district attorney’s office, principals or police is easier and faster. Without leaving their desk, they email recipients a secure link to the case file and video. The whole process is now simple and worry-free.”

A search of  ‘Genetec and school districts’ revealed that at least five districts including Oklahoma use SDSCs to monitor school kids 24/7. (New York, New Jersey, Nebraska and Missouri)

Wired’s article demonstrates how police departments can use Genetec’s surveillance products to create detailed profiles of anyone, even school kids.

“Giovanni Gaccione told me about one counterterrorism unit, which he wouldn’t name, that had used the system to build a detailed profile of a middle-aged unemployed individual with signs of radicalization, using various databases, CCTV, phone records, banking transactions, and other surveillance methods.”

“We’re partnering with l+ocal businesses to implement solutions which will connect back to our real-time crime center,” Feig said.

It is hard to imagine how law enforcement can justify surveilling school kids 24/7 or innocent people who police claim are showing “signs” of radicalization.

Based on the evidence, it seems like Homeland Security’s desire to use law enforcement to create a vast-interconnected web of public surveillance devices is well on its way to completion.